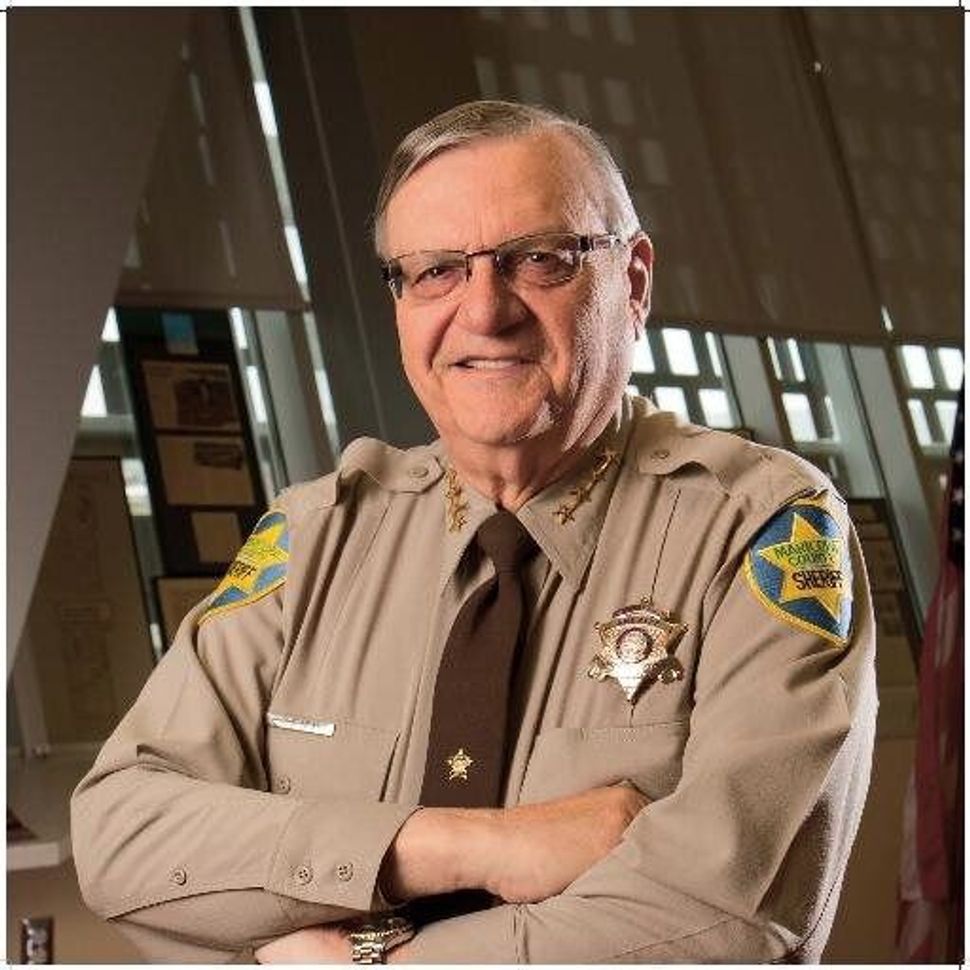 Gorge Soros saw his favored presidential candidate Hillary Clinton lose at the national level. But the leftwing billionaire vilified in Donald Trump ads met with success in at least one race, succeeding in his effort to remove from office Joe Arpaio, the anti-immigrant sheriff of Arizona’s Maricopa County.

“We congratulate Paul Penzone and everyone who contributed to his important victory tonight,” wrote Whitney Tymas, the chair of the Soros-funded group Maricopa Strong, in a statement to the press after Arpaio’s Democratic rival Penzone was pronounced the winner. “In this race, when matched on a more even playing field, the values of justice and inclusion defeated the politics of fear-mongering and intolerance. Maricopa County will be a safer, fairer, more just jurisdiction with Paul Penzone as sheriff.”

It was a blowout for Penzone, who topped Arpaio by almost 10 points, with around 55 percent of the vote.

Arpaio, who runs law enforcement in Maricopa County, which includes the Pheonix metro area, has been a liberal bête-noire for almost a decade. Arpaio has been one of the leading advocates of harsh detention for undocumented immigrants, locking them up in a “tent city” where the temperature climbs to over 100 degrees in the summer. He pushed a controversial law in Arizona known as SB 1070, which requires police to check drivers’ immigration status during routine traffic stops and has been criticized on racial profiling grounds.

He has entertained a longstanding alliance with Republican President-elect Donald Trump. Back in 2011, the two both emerged as prominent “birthers,” insinuating that President Barack Obama was not a natural-born citizen — a charge that many viewed as racist. Arpaio endorsed Trump during the primary season, cheering his call to build a wall on the Mexican border and deport undocumented immigrants.

Soros has not been shy this season about getting involved in local politics, bankrolling attempts to remove elected law enforcement officials who oppose police reform and humane detention policies. According to Politico, he donated at least $2 million to beat Arpaio.

“We made a major investment in the effort to defeat Joe Arpaio for two reasons,” Soros spokesman Michael Vachon told the news site. “First, Joe Arpaio has been a stain on the justice system in Arizona for more than two decades, violating civil rights and abusing his office. Second, his influence on the national conversation about immigration has been poisonous.”

Echoing similar lines from Trump, Arpaio’s campaign described Soros, the target of many anti-Semitic conspiracy theories, as “a far-left globalist” who “advocates for unrestricted immigration and refugee relocations both here and abroad” and “is trying to buy a Sheriff’s Office here in Maricopa County.”