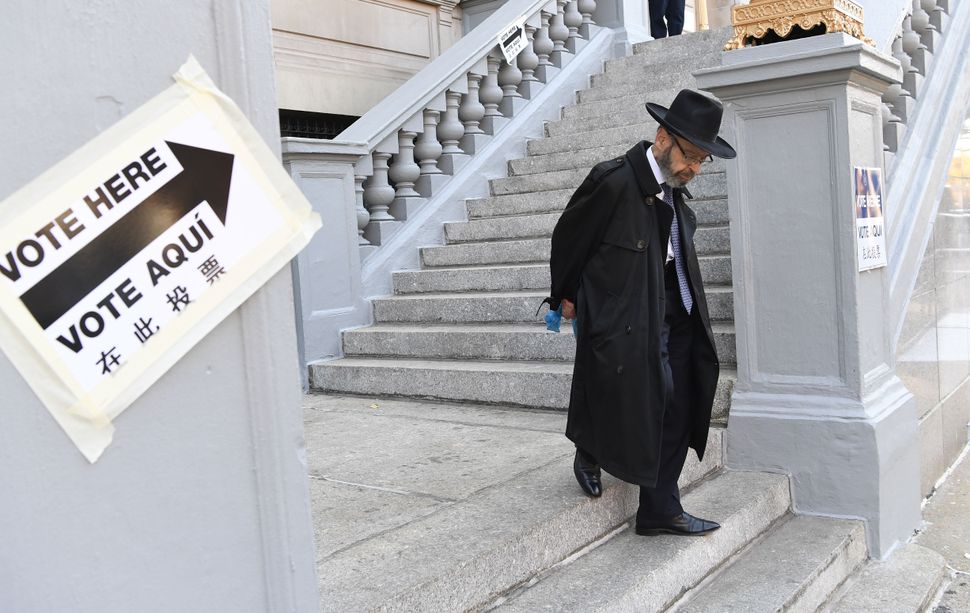 Hillary Clinton carried New York City by a wide margin, and only 24% of Jews nationwide voted for Trump.

But in Jewish Brooklyn, Trump appears to have connected with a conservative electorate willing to buck its communal and political leadership.

Maps of the voting results paint a stark picture: Nearly every election district that Trump won in Brooklyn was in a Jewish neighborhood.

“Orthodox people have conservative leanings,” said Samuel Stern, a Williamsburg community activist with close ties to the leadership of the Satmar Zali Hasidic group. “You can compare them to Rust Belt voters. They are hardworking people, not college educated.”

Another Hasidic activist in Williamsburg, who asked not to be named, agreed. “The appeal for the middle working class has resonated with a lot of Hasidim, who feel in the same category,” he said. 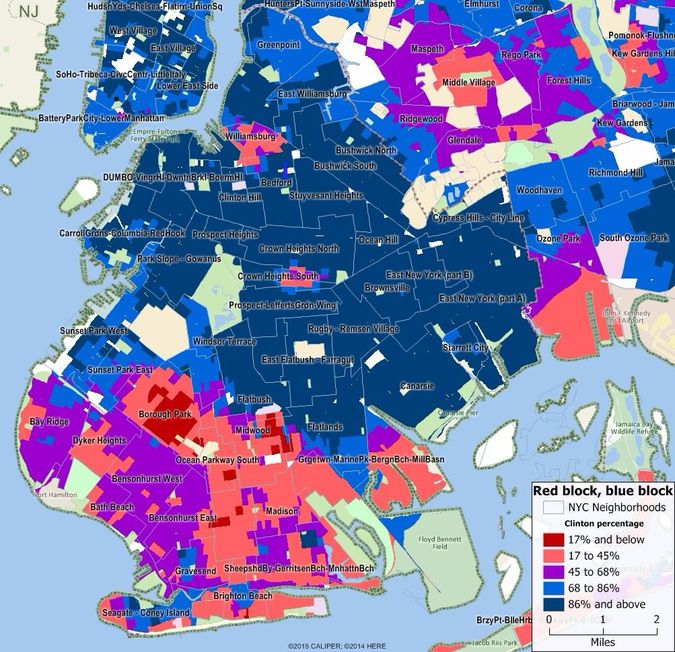 The Hasidic portions of Williamsburg, Boro Park, and Crown Heights voted for Trump. So did the Orthodox neighborhoods of Midwood and Mill Basin, and Russian Jewish Brighton Beach. Those same neighborhoods also favored Romney in 2008.

“What I have always said is that leadership only goes so far,” said David Pollock, associate executive director of the Jewish Community Relations Council of New York. “A leader doesn’t always say vote this way and therefore they’ll vote that way.”

Pollock’s analysis of polls and of preliminary results, which do not include absentee ballots, suggests a correlation between religiosity and support for Trump among Jews. But he also noted that Trump’s performance was stronger in Boro Park than in Williamsburg, where the Satmar leadership is located.

Williamsburg leaders said that the fact that many of the neighborhood’s Hasidim bucked the recommendations of their leadership is not unusual in a national election.

In Boro Park, Moshe Friedman, the publisher of the Jewish political website JPupdates.com, said that he saw excitement over Trump’s victory. Friedman, whose website endorsed Clinton, said that Hasidim were angry that Trump had been labeled an anti-Semite.

The Flatbush Jewish Journal, a local Jewish paper based in Flatbush, Brooklyn, ran a photo on its cover on Thursdays of the White House with a Trump logo affixed to the portico. Above the the image, the paper ran a line from the Unetane Tokef, the prayer recited on the High Holidays: “Who shall be humbled, and who shall be exalted?”