With Bannon on the Bill, Zionist Gala Becomes Flashpoint 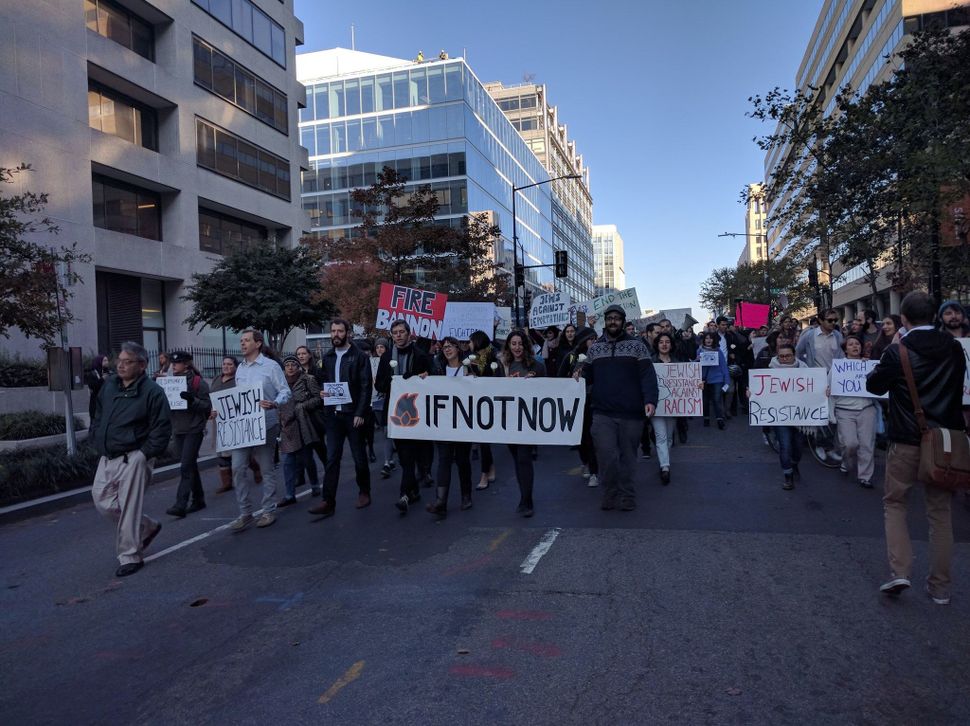 Steve Bannon, the controversial hard-right media provocateur and newly appointed chief strategist to President-elect Donald Trump, is set to attend the Zionist Organization of America’s annual dinner in Manhattan on Sunday — and his appearance is setting off a political firestorm in the Jewish communal world.

The Anti-Defamation League has called Bannon “hostile to core American values” for his role in courting anti-Semitic readers as an editor at Breitbart News. On Wednesday, Abe Foxman, former head of the ADL, announced he would not be attending the gala because it has become too “politicized.”

And If Not Now, a group of mostly young leftist Jews, has announced plan to protest the ZOA’s backing of the former Breitbart News editor by gathering in Midtown Manhattan.

“The leadership of some of the Jewish community’s largest institutions refuse to speak up against Trump, Bannon and their dangerous policies,” the group wrote in a Facebook statement.

If Not Now is a relatively small Jewish activist group known for protesting Israel’s policies towards the Palestinians.

“Some, like the ZOA, have defended Bannon against accusations of his anti-Semitism on the grounds that he supports the right-wing Israeli government and the ongoing occupation of the Palestinian people,” the group wrote.

Bannon helmed Breitbart News, which he called “a platform for the ‘alt-right,’” which traffics in anti-Semtism and white nationalism.

ZOA President Mort Klein has defended Bannon repeatedly, calling charges of anti-Semitism “ludicrous” and stood by his organization’s gala invitation. In a Fox News interview, Klein said that Bannon is the “opposite of an anti-Semite,” because he employs Orthodox Jews and supports Israel.

“I think Bannon was grateful that I defended him against this ludicrous charge of anti-Semitism,” Klein said in a Jewish Insider interview. “That’s why he is coming, I guess.”

If Not Now is a group that coalesced during Israel’s latest incursion to Gaza, in 2014. One of it’s founders, Simone Zimmerman, was involved in an earlier political controversy that tore through the Jewish establishment this election cycle, when she joined Vermont Senator Bernie Sanders campaign — only to be dismissed days for statements she made that were critical of Israeli Prime Minister Benjamin Netanyahu.

If Not Now’s protest outside the ZOA gala is part of a larger campaign that they have launched against Bannon. A protest was also held in Washington D.C. on Thursday morning.

With Bannon on the Bill, Zionist Gala Becomes Flashpoint