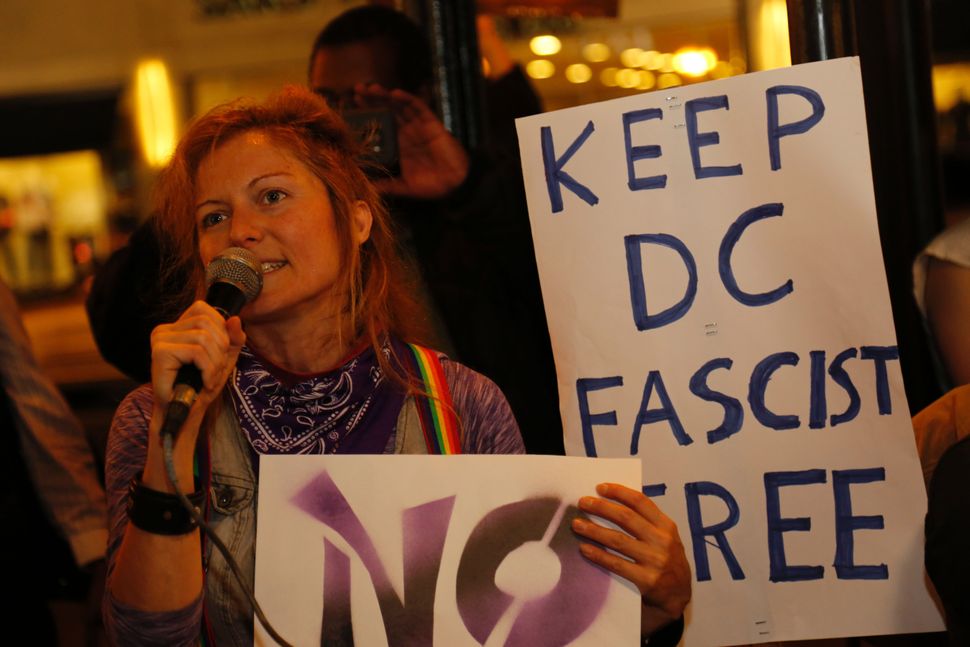 At the national conference of the white nationalist National Policy Institute, the group’s president, Richard Spencer, inveighed against Jews, according to a New York Times report, claiming that the media had attacked Trump in order to defend Jewish interests.

“One wonders if these people are people at all, or instead soulless golem,” he said, using a term describing a monster from Jewish folklore, according to the Times.

In his remarks, Spencer, who coined the term “alt-right” to describe the younger, web-focused wave of white nationalists, said that the Trump victory had been a signal moment for his movement. “An awakening among everyone has occurred with this Trump election,” he said, according to the Washington Post. “We’re not quite the establishment now, but I think we should start acting like it.”

The Times reported that “several audience members” gave Spencer the Nazi salute as he finished his talk.

Protesters massed outside the conference.