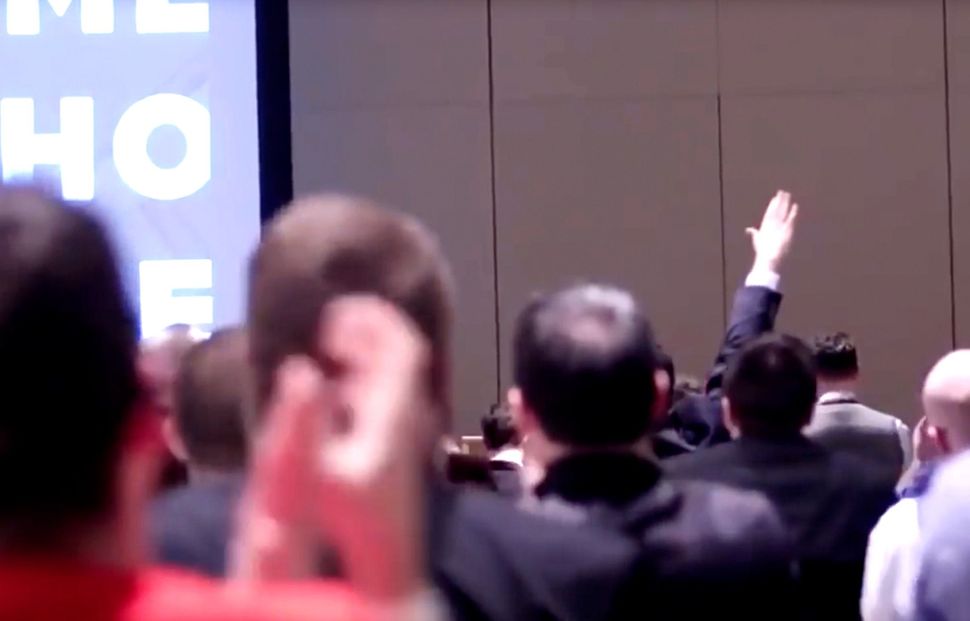 Richard Spencer is proud to claim the mantle as the face of the real “alt-right,” the loose grouping of white supremacists and neo-Nazis.

Even though Spencer and other radicals criticize Trump and his White House aide Steve Bannon for taking a softer line, they believe an “awakening” of white Americans drove the mogul to victory.

Here are 5 outrageous things that should make Jews very worried:

Spencer ended his speech by saluting Trump and his victory using a version of the Nazi salute.

He later claimed he was being “cheeky,” or ironic, but the crowd of 200 true believers didn’t seem to take it that way.

They rose to offer the Nazi straight-armed salute and responded: “Heil Victory.”

Jews Have No Souls

Spencer took dead aim at Jews, claiming they are part of the an elite global power structures designed to protect the status quo from populist outsiders like Trump.

“One wonders if these people are people at all, or instead soulless golem,” he said, referring to the iconic Jewish clay character in Jewish lore.

One might think Spencer and his hatred would have limited appeal to non-whites.

But former reality star Tila Tequila, whose family has roots in Vietnam, offered the frightening possibility that Jew-hatred might be powerful enough to transcend some racial lines.

Another throwback to Hitler is Spencer’s obsession with the media as a tool of Jewish power.

Like other Trump suppoerters, Spencer used a German term employed by the Nazis to attack the mainstream media — “Lügenpresse.”

“It’s not just that many are genuinely stupid,” he said of reporters, NBC reported. “Indeed, one wonders if these people are people at all.”