Who is ‘Alt-Right’ Figurehead Richard Spencer? 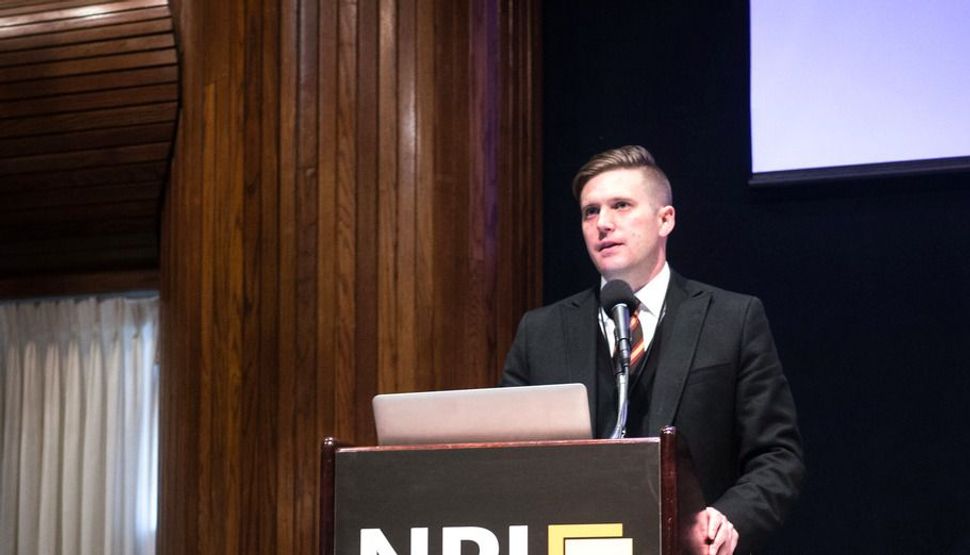 Before Donald Trump’s rise, they were relegated to shadowy blogs or the far corners of Reddit and Twitter, where they would lament the decline of Western civilization, bemoan the Jewish control of the media and dream of building a pure “white ethno state.”

Now, the white nationalist movement known as the “alt-right” holds conferences in Washington and claims Trump’s victory as its own.

Who is Richard Spencer?

Spencer was born in Boston and grew up in a wealthy part of Dallas. His father is an ophthalmologist and his mother is an artist.

Spencer was a doctoral student at Duke University, studying European intellectual history, and was a member of the Duke Conservative Union. He left Duke without finishing his degree.

When did he found the ‘alt-right’?

The term “alt-right” can be traced back to 2008 and the “paleoconservative” historian Paul Gottfried, often called a mentor to Spencer. But Spencer popularized the term during his post-doctoral career.

After leaving Duke, Spencer worked at a number of conservative and far-right publications, including The American Conservative and Taki’s Magazine. Reportedly, Spencer was deemed “too extreme” by some of his colleagues.

Beginning in 2010, Spencer branched off on his own, founding a website called AlternativeRight.com and Radix, a biannual publication of Washington Summit Publishers, for which he was also in an executive position.

In 2011, Spencer became president of a white nationalist think tank named The National Policy Institute, an organization “dedicated to the heritage, identity, and future of people of European descent in the United States.”

What does he believe?

Spencer envisions a future for the country that would be similar to “a renewed Roman Empire.” Mother Jones called Spencer’s vision “a dictatorship where the main criteria for citizenship would be whiteness.”

Spencer has said that “race is real, race matters, and race is the foundation of identity.” In an interview with the site Reveal, Spencer said that he sees Trump’s election as a “first step towards” his goal of building an ethno-state.

“What the ethno-state is, is an ideal… it would be a homeland for all white people,” Spencer said.

Spencer calls this ethno-state a “safe space” for whites — people of various “European ethnicities” — that would be their own.

Will Trump recognize him?

Not formally. Though the “alt-right” has rallied around Trump — Spencer called his election a victory for his movement — Trump has now officially “disavowed” the alt-right in an interview with The New York Times.

“I don’t want to energize the group, and I disavow the group,” Trump told a group of New York Times reporters during a meeting at the newspaper’s headquarters in New York. “It’s not a group I want to energize, and if they are energized, I want to look into it and find out why.”

Spencer has not released any statements since the disavowal. But is also unclear whether the “alt-right” and Spencer care about Trump’s approval — or disapproval. Spencer has said that Trump and the “alt-right” have a “psychic connection.” Trump has already emboldened the movement’s ranks.

“You are fooled if you think Trump was going to give us some sort of permission slip to start cleansing America. He isn’t our ‘man on a white horse,’” one commenter wrote on an “alt-right” Reddit thread.

“Trump isn’t disavowing you,” one commenter on the Brietbart News Network consoled. “He is disavowing the alt-right strawman the media created yesterday,” he said, in reference to recent coverage of Spencer.

“Trump does what he must, we must also.”

Who is ‘Alt-Right’ Figurehead Richard Spencer?