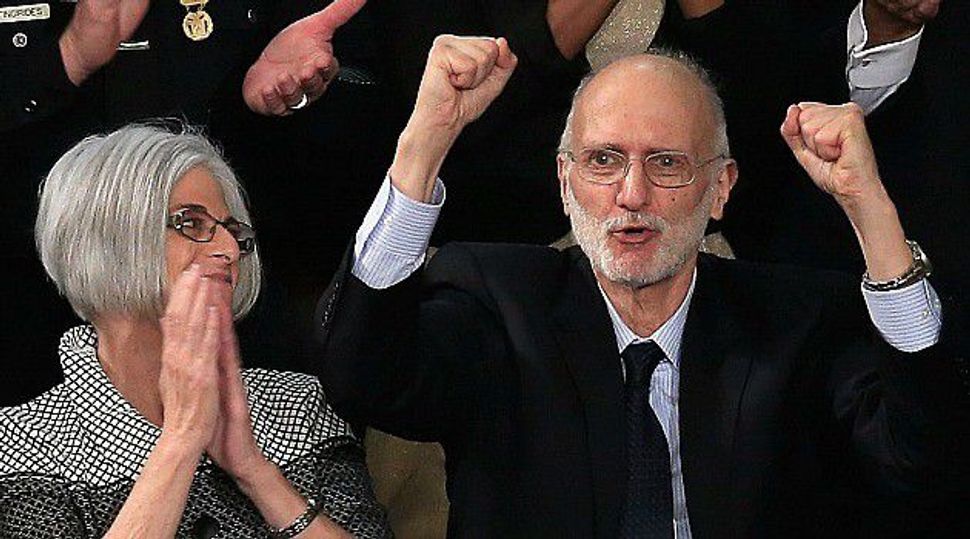 Alan Gross tweeted that history would judge Fidel Castro harshly but said he hoped that Cubans would push for a new age of freedom after his death.

The Jewish aid worker, who spent years in a Cuban prison after being accused of “acts against the independence or territorial integrity of the state,” said “history will never absolve him” in a Tweet just minutes after the strongman’s death was announced Saturday morning.

History will never absolve him. But perhaps now the voices of Cuba will be heard. Speak up, Cuba.

Gross called on Cubans to push its Communist leaders for new freedoms now that the father of the Cuban revolution is gone.

“Perhaps now the voices of Cuba will be heard,” he wrote. “Speak up, Cuba”

Gross was working for a U.S.-funded program to bring internet to Cuba when he was arrested. He was released as part of a push by President Obama to end the half-century embargo of the island and herald a new age of cooperation.

Despite his imprisonment, Gross praised the policy of warming relations with the island and its Communist leadership.