What the ‘Alt-Right’ Really Wants From Their Hero Donald Trump 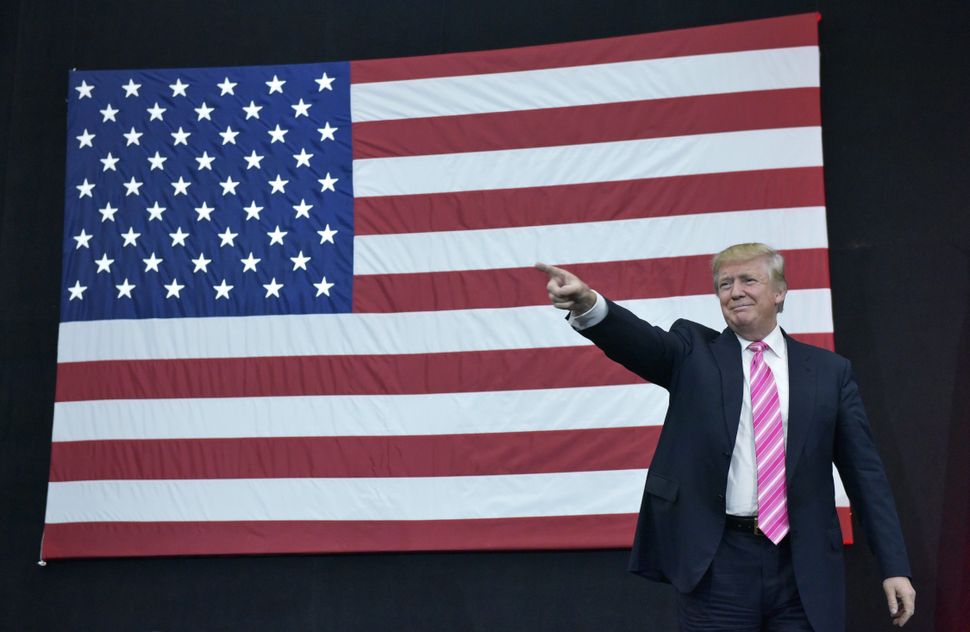 The “alt-right” has catapulted to the spotlight in the wake of Donald Trump’s win. The decentralized movement, led largely by white nationalists like Richard Spencer, has championed Trump from the early days of his campaign, seeing in him a figure who would allow their dreams of building a “white ethno-state” go mainstream.

Now that Trump has won, the movement is at a crossroads. What do they actually want? As Vox reports, the movement figureheads have made their expectations clear.

“The policies onto which [Trump] has stumbled, in a kind of innocent, America First way, are ones that will slow the dispossession of whites,” Taylor told Vox writer Zack Beauchamp. “I’m very much in favor of him implementing those policies, for whatever reasons.”

Trump has mentioned the idea of deporting every undocumented immigrant in the country, numbering around 11 million. Trump’s official policy is that he would start by deporting 2 to 3 million with criminal records.

Taylor has also praised other Trump policies including tripling the number of Immigration and Customs Enforcement agents, ending federal payments to “sanctuary cities,” and cutting off federal benefits, like food stamps, for undocumented immigrants.

“We might not even need the wall Mr. Trump plans to build, though it’s certainly a good thing to have,” Taylor wrote in 2015.

Taylor also said that he wants Trump to push for a “pause” in green cards, Vox reported.

“There is no end to the good a president could do if he were really convinced that immigration should benefit us rather than foreigners,” Taylor writes.

“Alt-right” members believe that whites in his country are an embattled minority — threatened by multiculturalism and the United States government. They want Trump to radically change that.

“There hasn’t been a government on our side for 150 years,” an attorney named Sam Dickson said in a 2011 speech to the “alt-right” thinktank National Policy Institute. “The US government — the system in America — is the greatest enemy our race has for its survival.”

The “alt-right” has been emboldened by Trump’s rhetoric around race in America. The types of comments that shocked pundits — like Trump calling Mexicans “rapists” — were celebrated by Taylor, Spencer and others. They want more comments like this, which could help shift acceptable discourse around race.

“A change in tone would be as dramatic as a change in policy because a president and his cabinet have tremendous influence that goes well beyond policy,” Taylor wrote in American Renaissance.

All of this, though, goes towards the real dream of Spencer and others — to create a “white ethno-state” through “peaceful ethnic cleansing.”

“The ideal I advocate is the creation of a white ethno-state on the North American continent,” Spencer writes. “Our task is to capture the imaginations of our people (or the best of our people) and shock them out of their current assumption of what they think is possible.”

Vox reports that on how this “peaceful ethnic cleansing” would be carried out is still murky — but points to a 2011 statement from the attorney Dickson, made at an alt-right meeting. The attorney suggested that black Americans could be “settled” in Cuba.

“We would … settle our blacks in Cuba, in a civilized way. We would build roads, expressways, factories, schools. And we would build a state for them, and the Cuban blacks, and they could then have a state of their own, to express their own cultural needs and aspirations and desires,” Dickson said.

This is not, Vox notes, something the Trump administration might feasibly do. But it makes it “abundantly clear what the alt-right truly stands for in its own words, and why so many people find it troubling they’ve so enthusiastically embraced Trump and his policies.”

What the ‘Alt-Right’ Really Wants From Their Hero Donald Trump