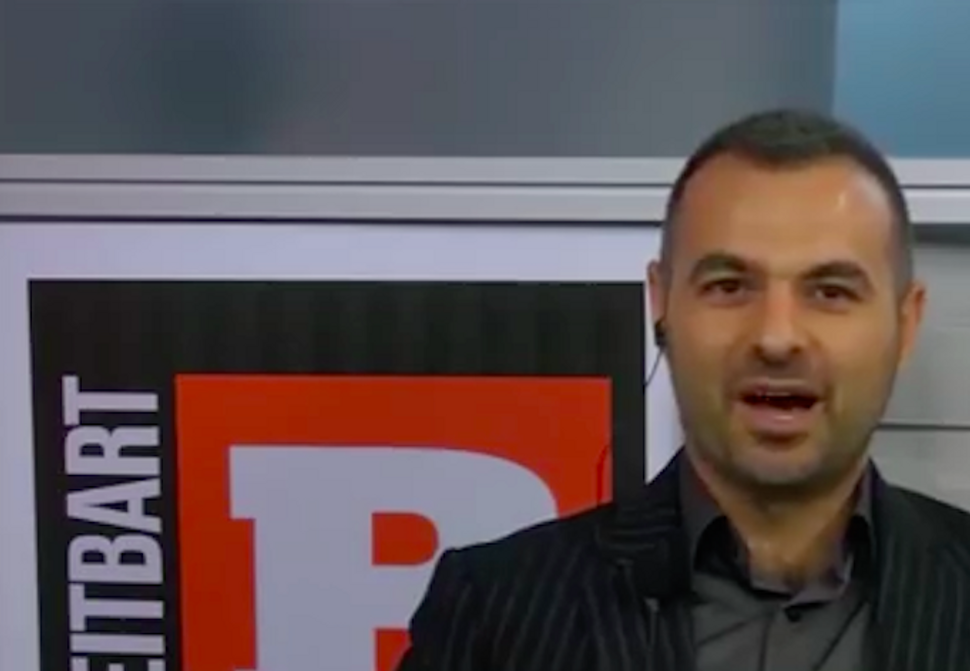 That will not change with Bannon leaving the far-right news website for the White House, according to Breitbart’s Jerusalem bureau chief.

Saying he shares a worldview with Bannon, President-elect Donald Trump’s chief White House strategist, Aaron Klein plans to expand the Israel operation, which staunchly backs the Jewish state’s political right wing. There is talk of moving into the Hebrew market.

“We’re here to counter the total bias of the mainstream media in coverage of Israel,” Klein, 38, said in an interview at his three-story apartment near this city’s beach. “We write for the American audience, a Western audience obviously at this point. I think a huge segment of Israelis also has a pretty [whetted] appetite for an outlet that isn’t controlled by the leftist media mafia.”

Founded in 2007 by the late conservative publisher Andrew Breitbart, who was Jewish, the site grew in prominence during the presidential campaign as one of Trump’s most reliable champions. When Bannon, who ran Breitbart after its founder’s death in 2012, became Trump’s campaign manager and then top White House aide, the site’s reputation — deserved or not — as a gathering place for the white supremacist and often anti-Semitic “alt-right” became fodder for national debate.

Defenders of Bannon say Breitbart’s fiercely pro-Israel stance refutes charges that he is an anti-Semite.

Bannon handpicked Klein to launch Breitbart Jerusalem in November 2015. Klein said he has known Bannon for years and worked “very closely” with him until the boss stepped away in August to join the Trump campaign. After being named chief strategist this month, Bannon said he would resign from Breitbart.

For Klein, the job has not changed much in Bannon’s absence. He started with a more or less free rein, Klein said, because he and Bannon share a common understanding of the world and Israel’s place in it.

“We’ve always been ideological brothers. He doesn’t need to tell me what to do. We’re always on the same page,” Klein said.

Bannon has described himself as an “economic nationalist” and has railed against globalists who have “gutted the American working class.” He has warned of a brewing war between “the Judeo-Christian West” and “Islamic fascism.” Under his leadership, Bannon said Breitbart had become “the platform for the ‘alt-right,’” as he put it, using the term for a loose far-right populist movement that mixes anti-Semitism, racism, white nationalism and disdain for “political correctness.” Bannon has also said he rejected the racism and anti-Semitism heard among the alt-right and that it would wash out of the movement over time.

Klein, a Yeshiva University graduate, said Breitbart does not cater to the alt-right and that he has no connection with the movement.

“I don’t even know what the alt-right is,” he said. “I mean there are so many articles trying to define what it is. I don’t know, and I’m Breitbart’s senior reporter in addition to being the Jerusalem bureau chief. So you would think if the alt-right were so significant, it would be something that I’d know more about.”

The general readership’s interest in Israel coverage, Klein said, is proof that the alt-right is a “fringe” element. In Klein’s view, Breitbart readers are nationalists who admire how Israel copes under difficult circumstances, especially under Prime Minister Benjamin Netanyahu.

“There are themes here in Israel that I believe really resonate with the nationalist audience in America. Like borders. I mean that’s something Israel excels at defining. I think Bibi is a role model for America,” he said, using Netanyahu’s nickname. “Americans in general see him as one of their heroes, one of the most respected world leaders, somebody who has in the past and even now stood up to enemies of Israel, stood up in many ways to the Obama administration, sort of an anti-establishment figure in a way.”

Readers are right to see common threats to the United States and Israel, Klein said. The Jewish state, he said, is under attack by Islamic extremists as well as by American liberal elites, like the “mainstream news media,” social justice activists and the Obama administration.

“Israel is the canary in the minefield for kind of what happens when you’re surrounded by enemies, when your enemies are emboldened,” he said. “So now the threats are, you know, on Israel’s borders. Threats that Obama himself helped to create; Hillary as well.”

These supposedly shared threats, more than events in Israel, are the focus of Breitbart Jerusalem’s coverage, which is mostly aggregated from other news sources and written in a straight-ahead style that contrasts with the rest of the website. The message is largely in Klein’s editorial selection and framing.

On Wednesday afternoon, the only posts on the landing page that did not name a Muslim or liberal threat were about Israel buying fighter jets from the U.S. and the recently subdued wildfires that raged across Israel for a week. (The page is branded with an Israeli flag-styled Breitbart logo.) The website had previously played up the role of Arab arsonists in the fires, even blaring the headline “FIRE INTIFADA” in red capital letters at the top of the page last Friday. Police said Tuesday that it was still unclear what role terrorism played in the fires.

Many of Breitbart Jerusalem’s posts make explicit how both the U.S. and Israel are threatened. The top story Wednesday afternoon was about how the car-ramming and stabbing attack at Ohio State University two days earlier claimed by the Islamic State group resembled Palestinian terrorism in Israel.

Klein travels between the U.S. and Israel as part of his job. In addition to heading Breitbart Jerusalem, he is the website’s senior investigative reporter focused on the United States. Klein’s most recent investigative-style stories for Breitbart targeted Marc Elias, the lawyer who is representing Hillary Clinton’s presidential campaign in a recount of votes in Wisconsin, and Anti-Defamation League CEO Jonathan Greenblatt, who had just condemned Bannon’s White House appointment. The stories linked both men to projects supported by financier and liberal mega-donor George Soros, an association presumed to be damning in itself.

Both men are Jewish, as is Soros. Such reporting, which elicits openly anti-Semitic comments, has fed accusations that Breitbart promotes anti-Semitism.

“Andrew Breitbart despised racism. Truly despised it,” Ben Shapiro, a former Breitbart editor-at-large, wrote this month on the Daily Wire, a conservative website. “With Bannon embracing Trump, all that changed. Now Breitbart has become the alt-right go-to website, with [technology editor Milo] Yiannopoulos pushing white ethno-nationalism as a legitimate response to political correctness, and the comment section turning into a cesspool for white supremacist meme-makers.”

Attorney Alan Dershowitz, himself an ardent defender of Israel, wrote in the Israeli daily Haaretz that he found no evidence Bannon is anti-Semitic, but nevertheless said Bannon and Breitbart News have made “bigoted statements about Muslims, women and others.”

“Bigotry against any group should be disqualifying for high office,” Dershowitz said.

Klein – like many of Breitbart’s staffers, including the authors of the two articles most frequently cited as evidence that Breitbart is anti-Semitic – is Jewish. He grew up attending modern Orthodox schools and graduated from Yeshiva University before moving to Israel in 2005.

Bannon in an interview this month with The Wall Street Journal pointed to the Jews on Breitbart’s staff and to Breitbart Jerusalem to refute allegations that he is personally anti-Semitic.

“Breitbart is the most pro-Israel site in the United States of America. I have Breitbart Jerusalem, which I have Aaron Klein run with about 10 reporters there,” he said.

According to Klein, there are two full-time reporters in Israel. Also on the team are a copy editor, two researchers and an editor based in London. There is no office, and Klein works from home as well as a private office in Jerusalem.

With Breitbart becoming a major player in American media — President and CEO Larry Solov said the website now gets 21 million unique users a month — and talking about expanding around the world, Klein said there are plans to hire more staff, including reporters, in Israel. He would like to do more reporting on Israeli culture, business and technology to show that Israel is “more than just the conflict.”

Down the line, he sees an opportunity to break into the Hebrew market — the one he described as dominated by a “leftist media mafia.” There is one right-wing outlet, Yisrael Hayom, the free tabloid owned by Jewish casino magnate and right-wing mega-donor Sheldon Adelson that serves as a de facto mouthpiece for Netanyahu.