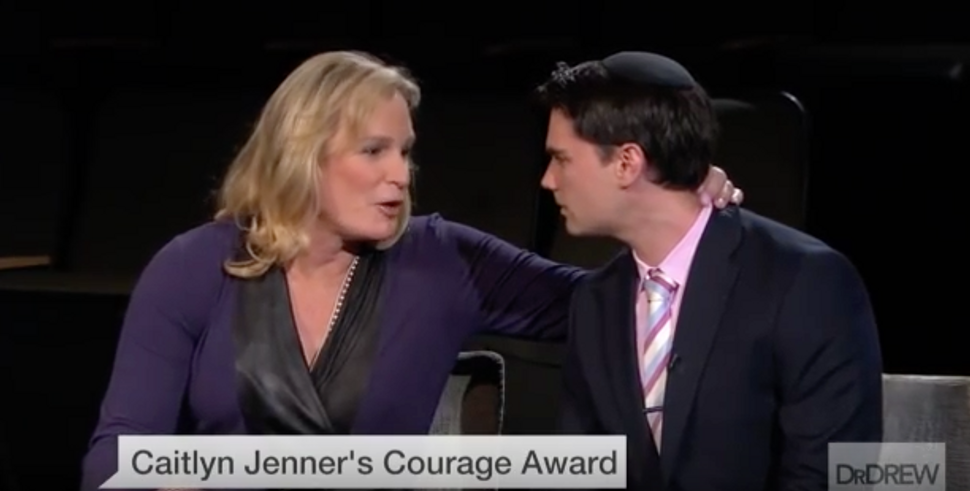 Monday night’s event at Yeshiva University wasn’t the first time that Ben Shapiro has called transgender people “mentally ill.” He said as much on a panel discussion last July on CNN’s Headline News, when he and transgender reporter Zoey Tur got into a heated argument that culminated in raised voices and a police complaint.

“Why are we mainstreaming delusion?” Shapiro asked on the Dr. Drew show, during a discussion about ESPN’s decision give give Caitlyn Jenner an award after she came out as transgender. “Every cell in Caitlyn Jenner’s body is male, with the exception of some of his sperm cells… How he feels on the inside is irrelevant to the question of his biological sex.”

Tur, the winner of three Emmy Awards for her broadcast work, hit back at Shapiro. “You don’t know what you’re talking about. You’re not educated on genetics,” she said. “What are your genetics, sir?” he asked. “You cut that out now, or you’ll go home in an ambulance,” she responded, grabbing Shapiro by the shoulder.

After the back and forth, Shapiro filed a police report against Tur, alleging that her touching him constituted battery. No charges came of the complaint.