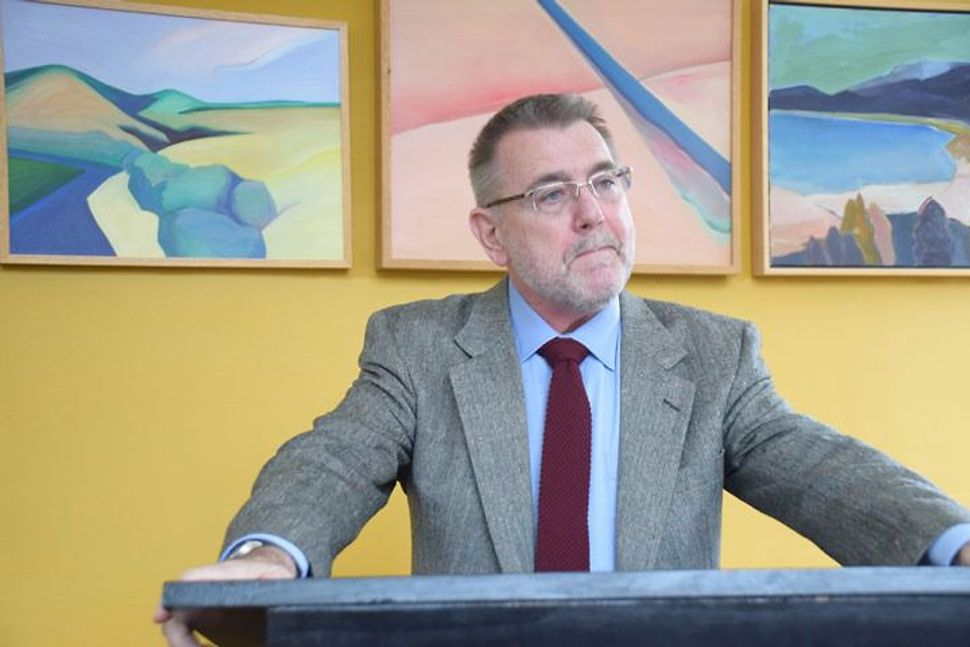 For 36 years, Peter Hayes’s History of the Holocaust course at Northwestern University was the best lecture series on campus. Over the course of eight weeks, Hayes, a professor of German history, explained the Holocaust by answering a series of questions: Why the Jews? Why the Germans? Why murder? Why didn’t the Jews fight back? And so on.

I can attest to this myself: As a Northwestern student, I audited his course one quarter. And I was not alone. The back row was usually filled with visitors from the community doing the same thing.

Hayes, now 70, retired from teaching earlier this year. “I’d always been someone who paced as I talked, stayed far away from my notes and looked like I was assembling the lecture before the students’ very eyes,” he told an interviewer for Northwestern magazine. “I couldn’t do that anymore—I’d be too tired at the end of an 80-minute class.”

Instead he has assembled the material from his lectures into a new book, “Why?: Explaining the Holocaust,” out January 17. The book follows the structure of the course, with eight chapters, each focused on answering a particular question. The tone is scholarly, but not academic: it’s pitched to a general reader, not a professional historian. It doesn’t have an overarching thesis. Instead, like the course the inspired it, it offers explanation and clarification. As he writes in the book, “The pace of specialist research on the Holocaust has outrun most people’s ability to keep up and integrate new findings into a general interpretive picture.”

“The hardest thing for students who aren’t natively attuned to history is learning how to sort through this ocean of information,” Hayes told Northwestern magazine. “What do you need to know? There’s no single answer—it depends on what you want to find out. My idea was to stay focused on what we were trying to know, then certain data suddenly became more important than other information.”

Although Hayes no longer teaches regularly, he remains involved in Holocaust scholarship: he’s the chair of the Academic Committee of the Jack, Joseph and Morton Mandel Center for Advanced Holocaust Studies at the United States Holocaust Museum, and he continues to lecture and consult on museum exhibitions.

The Holocaust remains a relevant subject for study, he maintains, and not just because he has a book to sell.

“You have people rallying to those who offer very simple explanations, who say all your problems are the result of others,” he told Northwestern magazine. “This is what we’re facing right now. The Holocaust shows how essential it is to preserve the distinction between means and ends. A civilized society believes that it’s terribly important to respect and observe means, that there’s a right way to do things and a wrong way. If a society forgets that—if people go around saying laws and procedures don’t matter because everything’s a disaster—that’s a license for tyranny.”