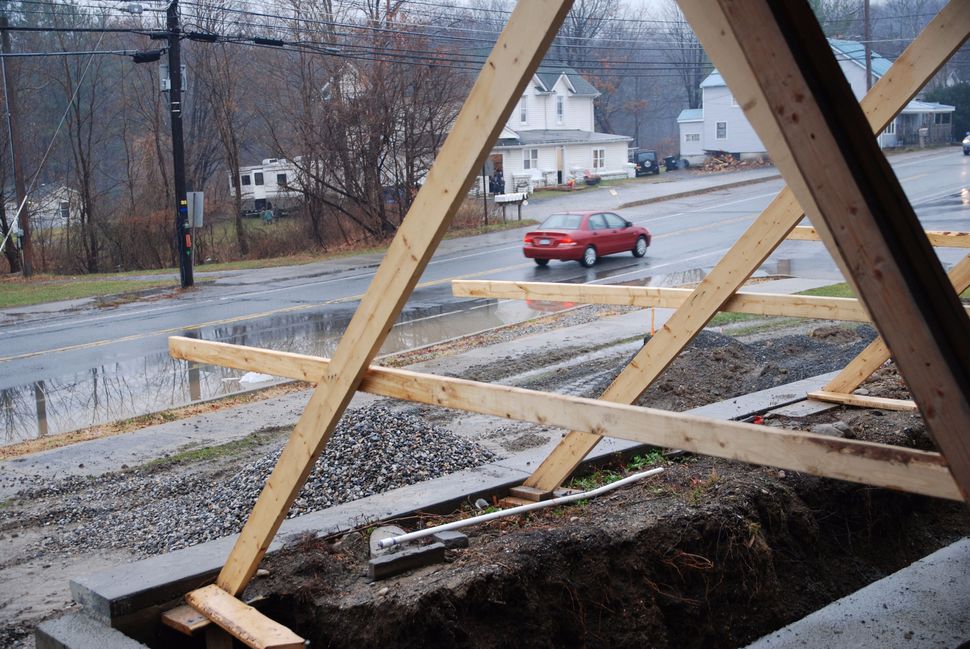 A battle for the upstate New York village of Bloomingburg is ending, and the Satmar Hasidim won.

While reporting on the progress of the Orthodox development in Bloomingburg, the Forward was given a tour of a new Satmar school for boys being built in an old warehouse in town. Signs in the school called it Mosdos Satmar of Bloomingburg. Below are some images of the school in progress. Work is expected to be completed on the 18,000 square foot facility in a matter of months.

A functioning yeshiva will be a major milestone for Bloomingburg. Religious schools are central to the lifestyle and identity of Orthodox communities, and the opening of a Satmar yeshiva in Bloomingburg will be a signal event in the development of the Hasidic community there. The Satmar rebbe, Zalman Teitelbaum, has paid at least one visit to the worksite. 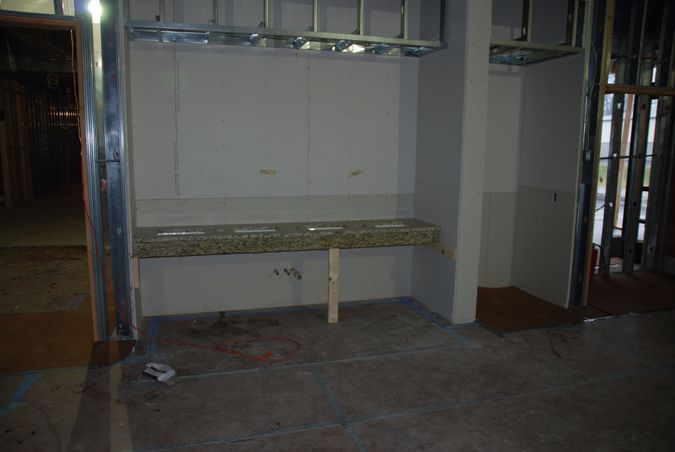 Stations for ritual hand washing are already installed in the space that will be a dining room. Image by Josh Nathan-Kazis 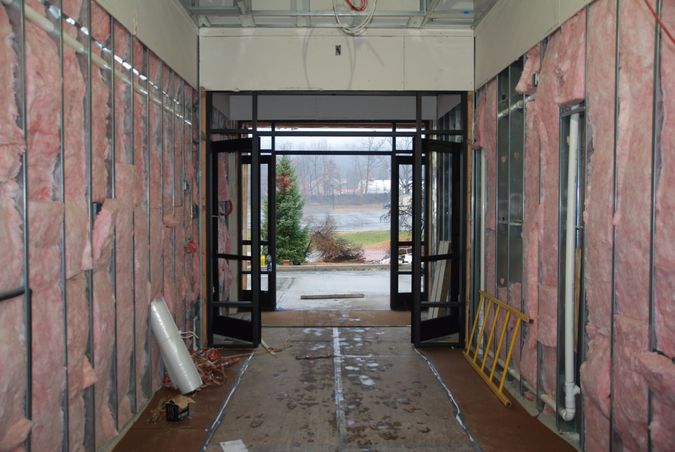 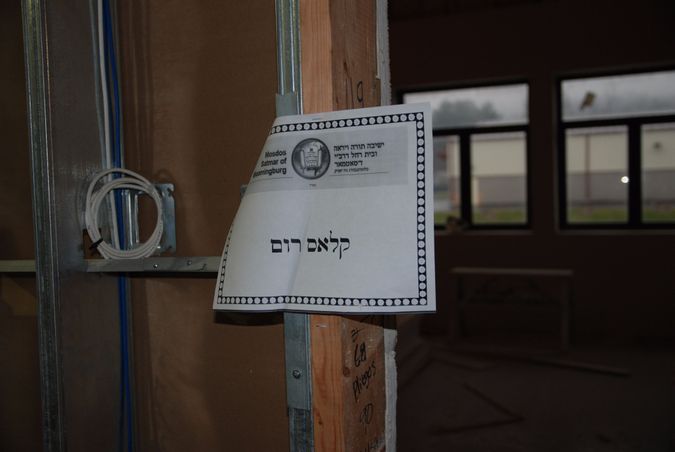 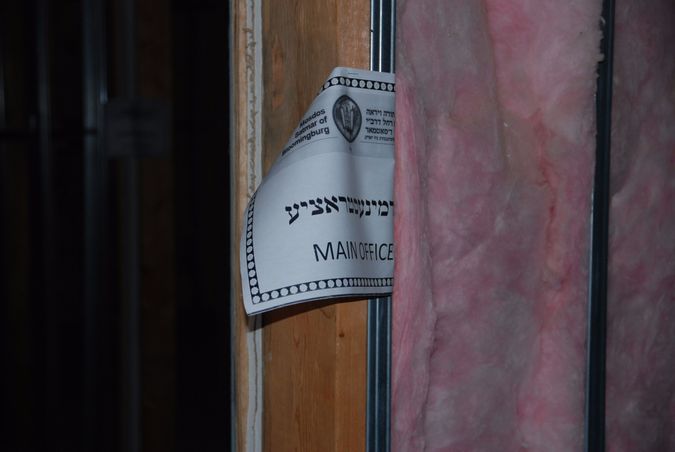 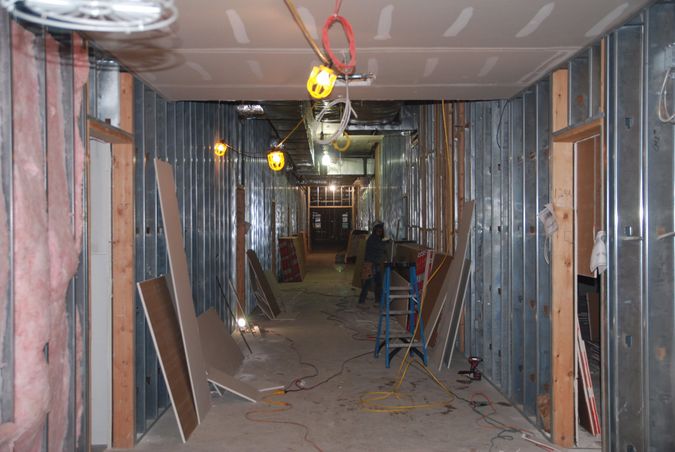 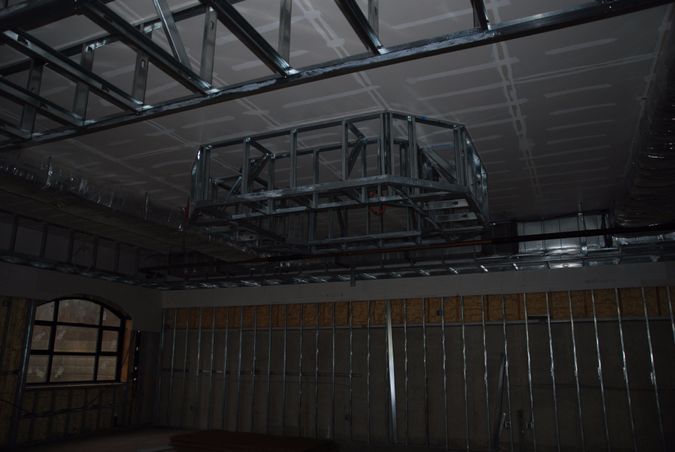 I’m not a great photographer. Image by Josh Nathan-Kazis