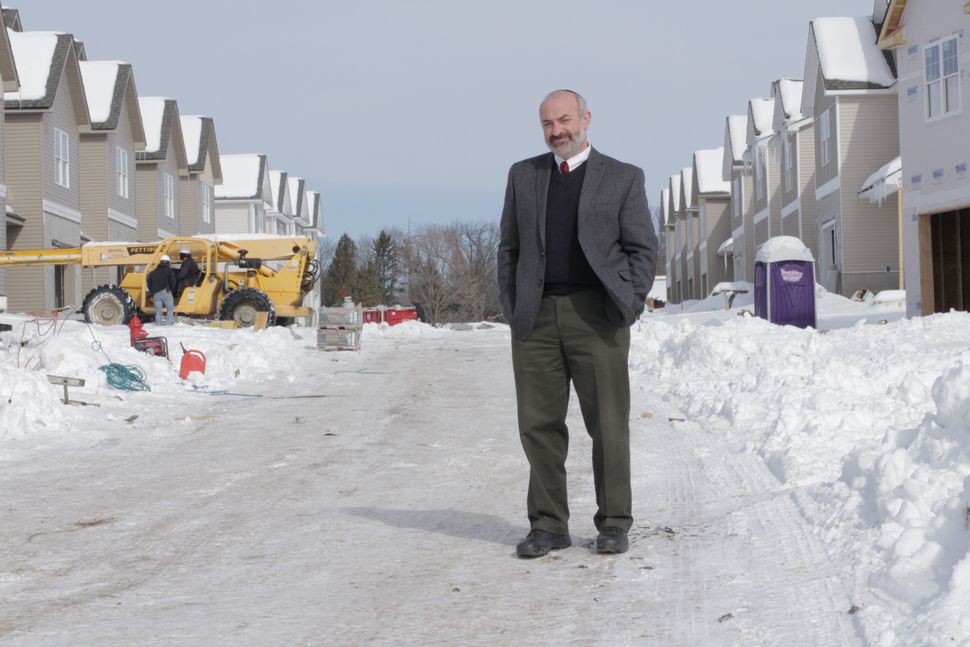 Federal agents this morning arrested Shalom Lamm, the developer behind a controversial project to build hundreds of homes for Hasidic Jews in an upstate New York village.

Update: Lamm has been indicted in cash-for-voters scam. This story is no longer being updated. Click here for the latest.

Allan Ripp, a spokesperson for Lamm’s attorney, confirmed Lamm’s arrest, but could provide no further details.

Lamm, owner of Black Creek Holdings LLC, was taken into custody by F.B.I. agents. Lamm is the son of Norman Lamm, the prominent Modern Orthodox rabbi and longtime leader of Yeshiva University.

Lamm has bought up hundreds of acres in Bloomingburg, a small village in Sullivan County. According to internal documents revealed in a lawsuit this year, Lamm planned to eventually build 5,000 units of housing around the village for Hasidic Jews. His plans have drawn deep opposition from some locals.

The Forward published a feature this morning on the fight for Bloomingburg. The feature was published before this newspaper was aware of Lamm’s arrest.

A spokesperson for the F.B.I. confirmed that three people were arrested this morning, but would provide no details. The U.S. Attorney’s Office for the Southern District of New York said that a statement was forthcoming.

Lamm and his allies have been dogged with allegations of voter fraud for years. Residents claim that Hasidic non-residents were brought in to vote in village elections. Opponents challenged ballots in local elections. And the FBI raided Lamm’s offices in 2014.

Correction: An earlier version of this story stated that Bloomingburg is located in Orange County, New York. It is located in Sullivan County.