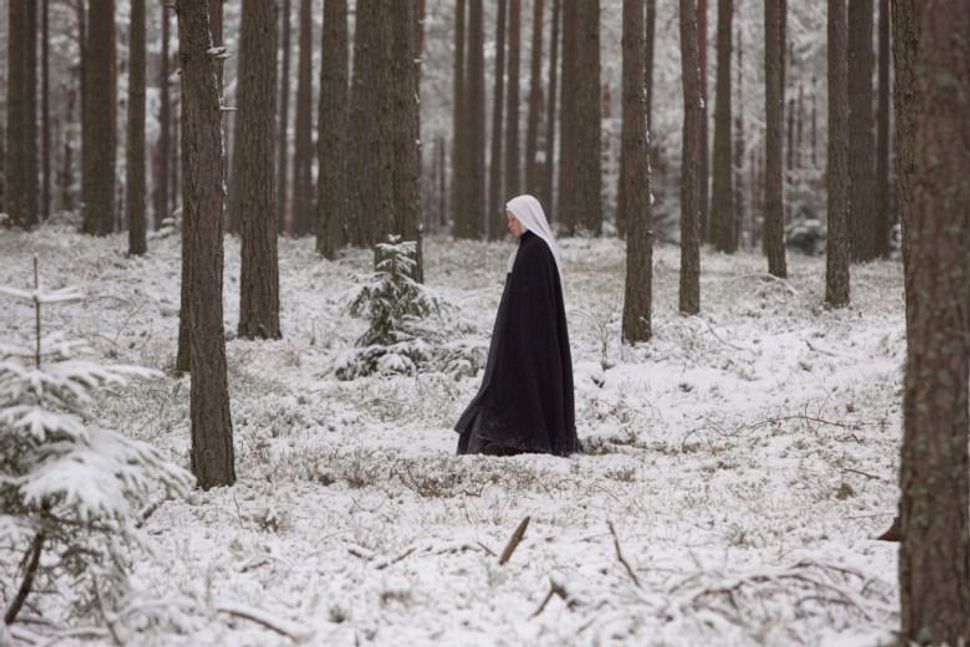 Anne Fontaine’s powerful and compelling French-Polish drama “The Innocents” is based on the little-known true story of the French Red Cross doctor Madeleine Pauliac, played by Lou de Laâge. Set in the bleak, snow-covered landscape of postwar Poland in 1945, it’s a striking film with an almost painterly quality to it as it ponders the fragility of faith and complex moral choices. When a nun pleads for her help, Madeleine (de Laâge) is taken to a convent where she discovers several pregnant nuns, victims of sexual assault by Russian soldiers. Despite their outward, identical black-and-white habits, the nuns’ individual characters and responses to the horror of their situation vary; their cloistered, melodic, religious rituals contrast with the pain of pregnancy and birth. Aside from a sentimental, too-tidy ending, this is a harrowing film that I found difficult to let go.