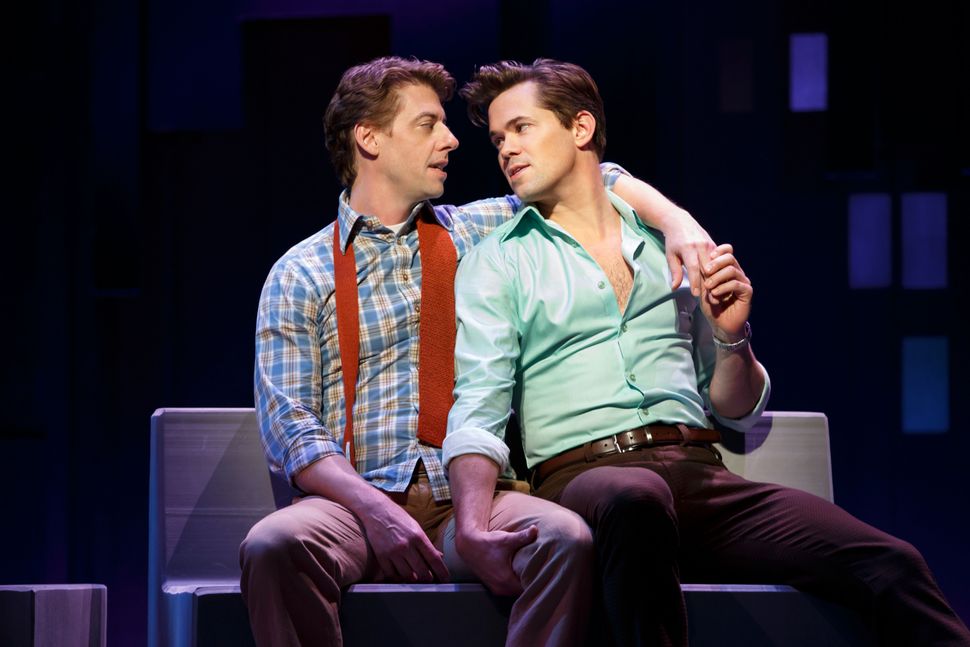 The best play I saw on Broadway this year was the revival of “Falsettos.” From its opening number, “Four Jews in a Room Bitching,” to its tear-inducing bar mitzvah denouement, it is also the most haimish.

“Falsettos” tells a story of love and family in the late 20th Century and it resonates as clearly today as when it first ran. Marvin, played by the talented Christian Borle, wants (as he sings) “A Tight-Knit Family,” including: his former wife, Trina; their son, Jason; her new husband, Mendel; and Whizzer, Marvin’s philandering boyfriend. For a while, everything seems possible, But bonds break, and Whizzer becomes very ill, throwing everything including Jason’s upcoming bar mitzvah into question.

Most of the plays I see are eminently forgettable. But every once in a while there is a confluence of subject, script and cast that is emotionally satisfying and intellectually fulfilling, and leaves an impression on both your heart and mind.