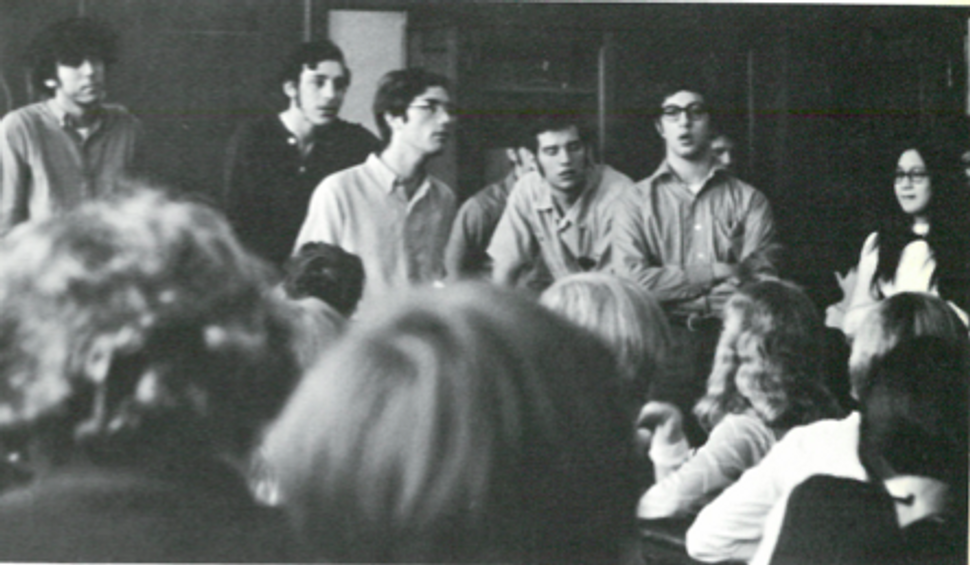 The gang: In their high school yearbook, Larry Cohler-Esses on the far left; Joe Glicker in the center and Mansie O’Young on the far right.

This year saw the Supreme Court issue its most consequential abortion rights decision of the last quarter century. In Whole Woman’s Health v. Hellerstedt the court ruled that the restrictive plethora of laws and rules that some states were issuing to regulate abortion—purportedly to ensure the health and safety of women—were in fact a violation of their constitutional rights.

Prohibited by Roe v. Wade from banning abortion, states like Texas, Michigan and Oklahoma were basically seeking to regulate it out of existence. And they were succeeding. In Oklahoma, to take just one case, 96% of the state’s counties have no abortion provider.

The June 27 Supreme Court decision promised a sea change in this reality, provoking abortion rights advocates to cheer. But that was before the election of Donald Trump, who has vowed to restore a conservative majority to the Supreme Court. With the Republican Senate’s success in freezing President Obama’s nomination of a moderate to the bench, Trump will be free to make good on his pledge to fill the evenly divided court’s longstanding vacancy with a hardline jurist of the right who is committed to overturning Roe v. Wade.

For those born too recently to know what this would mean—or what it means now for thousands of women in states with harsh restrictions—the Forward published the account of one of its own editors, Larry Cohler-Esses, a man, who as a 16-year-old Chicago high school student, helped his best friend and his friend’s girlfriend to arrange an illegal abortion by an unknown doctor in a strange city far from their home in a middle-class Jewish neighborhood.