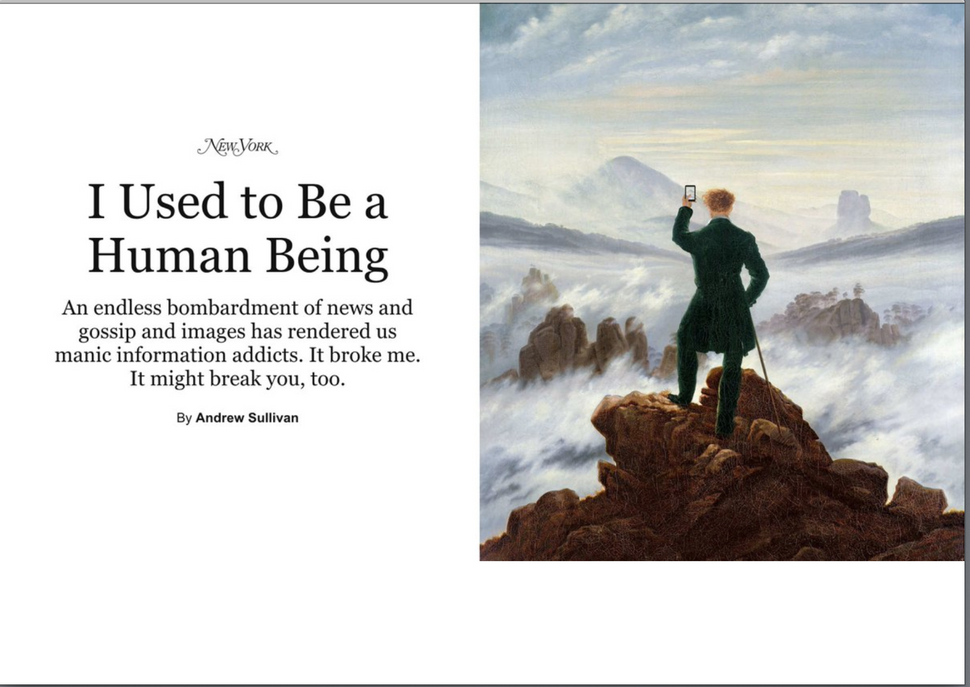 We’re all addicted. And we’re all in trouble. That’s the blaring siren of a message from Andrew Sullivan’s New York magazine cover story from September, “My Distraction Sickness — and Yours.” The piece tells the personal story of how Sullivan unplugged from his life as a hyper-prolific blogger and spent time recovering at a silent meditation retreat in Massachusetts. But there is universal resonance when Sullivan writes that his relentlessly plugged-in online life “was actually becoming a way of not-living.” I had many memorable cultural experiences this year —Paul Kalanithi’s posthumous memoir, “When Breath Becomes Air,” A Tribe Called Quest’s comeback album “We Got It from Here…Thank You 4 Your Service,” Barry Jenkins’s gorgeous film, “Moonlight” — but Sullivan’s piece is the one that haunted me most. “Just look around you — at the people crouched over their phones as they walk the streets, or drive their cars, or walk their dogs, or play with their children,” he writes at one point. “We have gone from looking up and around to constantly looking down.”