ANALYSIS: Obama Gets Last Word at UN on Settlements — but Israel Turns Page to Trump 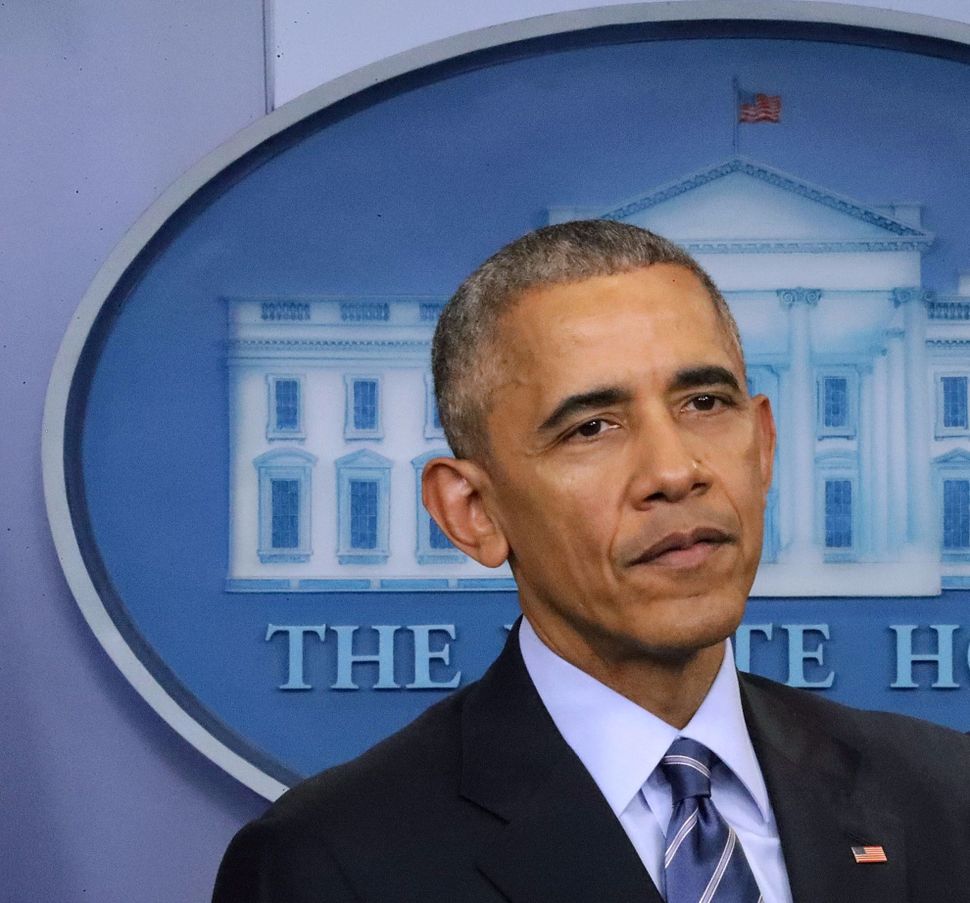 President-elect Donald Trump did not even need to use all 140 characters on Twitter to blast the Obama administration for allowing the United Nations Security Council to pass a resolution condemning Israel’s settlement activity.

“As to the U.N., things will be different after Jan. 20th,” Trump tweeted less than an hour after the vote.

It summed up the sole tangible result of this UN drama: another sign that there will be no late reconciliation between President Barack Obama and Israeli Prime Minister Benjamin Netanyahu, and little change on the ground.

Netanyahu made it clear that he is anticipating better days with Trump in the White House.

“Israel looks forward to working with President-elect Trump and with all our friends in Congress, Republicans and Democrats alike, to negate the harmful effects of this absurd resolution,” Netanyahu said in a statement. In a clear departure from diplomatic language, he added, “The Obama administration not only failed to protect Israel against this gang-up in the UN, it colluded with it behind the scenes.”

And with that, eight years of mistrust, disagreement, and outright hostilities, have come to an end.

For Obama, vacationing in Hawaii, Friday’s resolution was his chance to have the last word. Less than a month before vacating 1600 Pennsylvania Avenue, Obama delivered an international slap to Netanyahu and his government’s right-wing policies. The resolution, which deems the Jewish settlements in the West Bank a “flagrant violation of international law,” could cause trouble for Israel down the road, opening the door to possible international legal actions against Israeli settlers and leaders.

The White House was quick to clarify that Friday’s abstention was not an act of revenge. Instead, deputy national security adviser Ben Rhodes said it’s Netanyahu’s fault.

“Prime Minister Netanyahu had the opportunity to pursue policies that would have led to a different outcome today,” Rhodes said in a press call after the vote. “We’ve been warning for years that the trend line of settlement construction is just increasing Israel’s international isolation.”

And yet, it was a major shift in American policy toward Israel, a policy strictly followed by Obama himself. The president has gone to great lengths to defend Israel in international forums throughout his two terms, even at the cost of increasing tensions with Arab countries.

The shift in Obama’s final days as president was not only testament to the rocky relationship he shared with Netanyahu, but was also a humbling moment for the pro-Israel community.

For months, Israeli leaders and supporters had fretted about a lame-duck move by Obama, but they failed to predict its timing or head it off.

AIPAC, the major pro-Israel advocacy group, launched a last-minute lobbying effort that did little to change the administration’s position. In a bitter statement issued after the vote, AIPAC said it was “particularly regrettable” that in his last month in office, Obama “has taken an action at odds with the bipartisan consensus in Congress and America’s long history of standing with Israel at the United Nations.” The lobby thanked Donald Trump, “who urged a veto of this resolution.” Other major Jewish organizations sounded a similar tone. “We are outraged,” the Anti-Defamation League said in a statement. The Jewish Federations of North America added, “It is tragic”.

Incoming Senate Democratic leader Chuck Schumer also tried to convince Obama to veto the resolution in a two-day phone effort – but it was also in vain. “It is extremely frustrating, disappointing and confounding,” the Jewish New York senator said after the vote.

And while UN Security Council Resolution 2234 passed Friday cannot be changed or overturned easily, the new administration has made it clear it will not allow for international condemnation of Israel’s settlement policy to continue. Trump won praise from Israelis for his success in blocking the original resolution presented by Egypt on Thursday and is now expected to deliver on his promise to ease criticism of Netanyahu’s policies.

On Friday the Trump transition team announced Jason Dov Greenblatt, Trump’s top lawyer, will be the incoming administration’s special representative for international negotiations. Greenblatt is an Orthodox Jew who supports Netanyahu’s policies and guarded a West Bank settlement yeshiva in the 1980s. This is a new position that in practice will make Greenblatt Trump’s Middle East envoy, in charge of negotiations between Israelis and Palestinians.

With Greenblatt directing negotiations and David Friedman serving as ambassador to Israel, Friday’s United Nations showdown appears to be Obama’s last jab at Netanyahu, and it will make little difference going forward.

ANALYSIS: Obama Gets Last Word at UN on Settlements — but Israel Turns Page to Trump