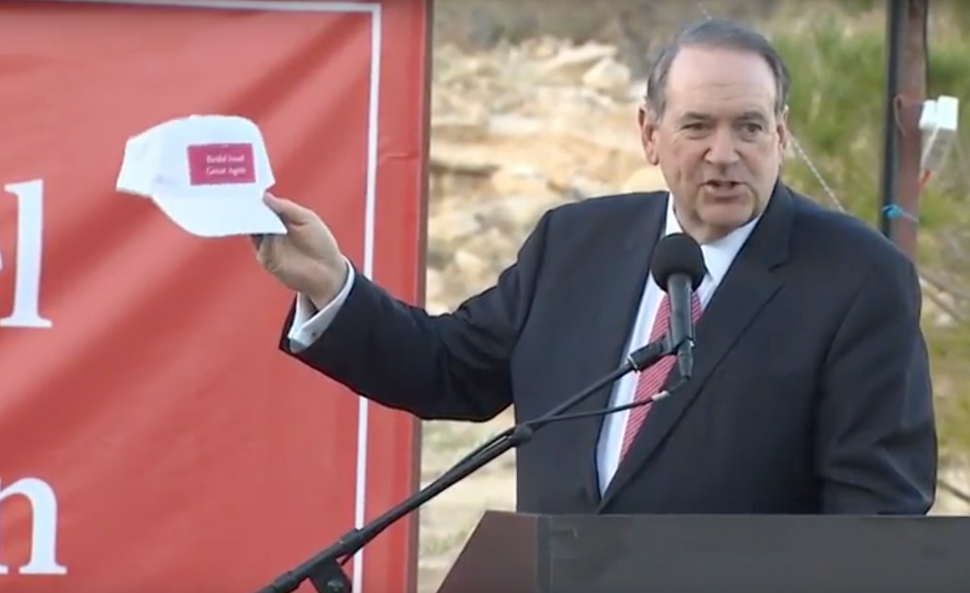 The conservative onetime presidential candidate waved a hat bearing the awkward twist on president-elect Donald Trump’s slogan during an event at the West Bank settlement of Ma’ale Adumim.

“I’m going to take an extra hat, I’m going to get it to president-elect Trump,” Huckabee said. “Who knows, we may see him wear this out there at one of his rallies somewhere.”

Huckabee visited Ma’ale Adumim for a cornerstone-laying ceremony for a new expansion of the settlement, CNN reported. Israeli lawmakers plan to introduce legislation in late January that would annex the settlement, which sits on land Israel has occupied since 1967, into Israel proper. The settlement was founded in 1975.

While at Ma’ale Adumim, Huckabee criticized Secretary of State John Kerry’s December speech, which stated that continued building on land Israel has occupied as a result of war is endangering the possibility of a two-state solution to the Israeli-Palestinian conflict, according to CNN.