Martin Luther King Jr.’s Pilgrimage to Israel That Never Was 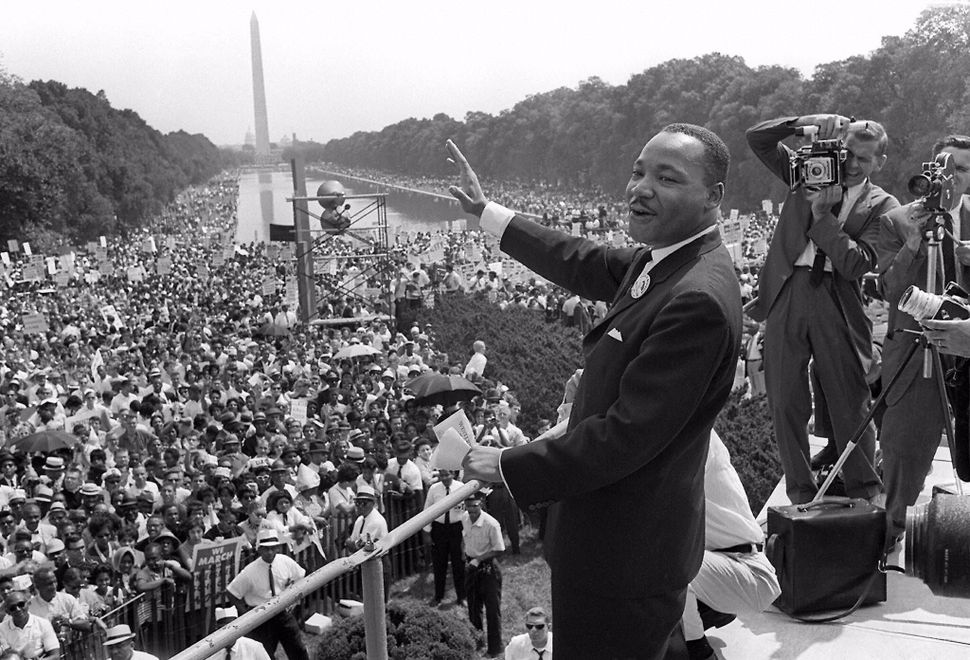 The plans for Martin Luther King Jr.’s pilgrimage were ambitious. King was slated to lead thousands of pilgrims to the Holy Land, where he would preach on the Mount of Olives and at a specially constructed amphitheater on the Sea of Galilee. He would preside over a series of “multi-racial interfaith services” at the region’s sacred sites.

“I count this a rare privilege in my ministry to lead this Pilgrimage,” King wrote in a release on May 15, 1967, describing the visit to the “land from which our faith burst forth.”

But the pilgrimage would never materialize — the Six-Day War that broke out weeks later interrupted King’s plans.

Details of the would-be journey surfaced on Martin Luther King Day three years ago, when the Israel State Archives released a batch of documents from the mid-1960s about a possible King visit. Martin Kramer, author of “The War on Error: Israel, Islam, and the Middle East,” wrote a post showing his own research into the pilgrimage.

In the beginning, King was enthusiastic.

The idea came from Reverend Sandy Ray, King’s friend who was a Baptist pastor from Brooklyn. King told the New York Times his trip would be a spiritual journey, unrelated to his activism in the United States. “I am first a minster of the Gospel,” he said.

A flier for the event quoted the book of Numbers: “Come Thou With Us, and We Will Do Thee Good.”

But the war that broke out on June 5 put King in an odd position. He had hoped to glide above fraught Middle East politics. Instead, the battles forced him to take a stance.

In just six days of fighting, Israel roundly defeated Egyptian, Jordanian, and Syrian forces and found itself in control of vast new stretches of territory, including the West Bank and the Sinai Peninsula. Israel was now seen by many as holding the upper hand, a military power occupying conquered land. Could a civil rights leader offer his tacit approval by visiting?

“King was now being asked his opinion of the war and Israel’s territorial gains,” wrote Kramer. “King got cold feet.”

In a conference call in July of that year, King worried aloud what would happen if he went ahead with the pilgrimage plans, seeking to maintain ties to both Israel and Arab countries in the area.

He concluded it would be a disaster.

He went on: “I just think that if I go, the Arab world, and of course Africa and Asia for that matter, would interpret this as endorsing everything that Israel has done, and I do have questions of doubt.”

Some of King’s advisers suggested he strike a balance —- go on the Israel trip but also visit King Hussein in Jordan or Gamal Abdel Nasser in Egypt.

“I just think that this would be a great mistake,” King pushed back. “I don’t think I could come out unscathed.”

King dragged his feet, ultimately calling it off in September 1967. He wrote to the Israeli airline El Al: “It is with the deepest regret that I cancel my proposed pilgrimage to the Holy Land for this year, but the constant turmoil in the Middle East makes it extremely difficult to conduct a religious pilgrimage free of both political over tones and the fear of danger to the participants.”

King wrote that he would revisit the pilgrimage the next year. Seven months later, he was assassinated at a hotel in Tennessee.

Martin Luther King Jr.’s Pilgrimage to Israel That Never Was