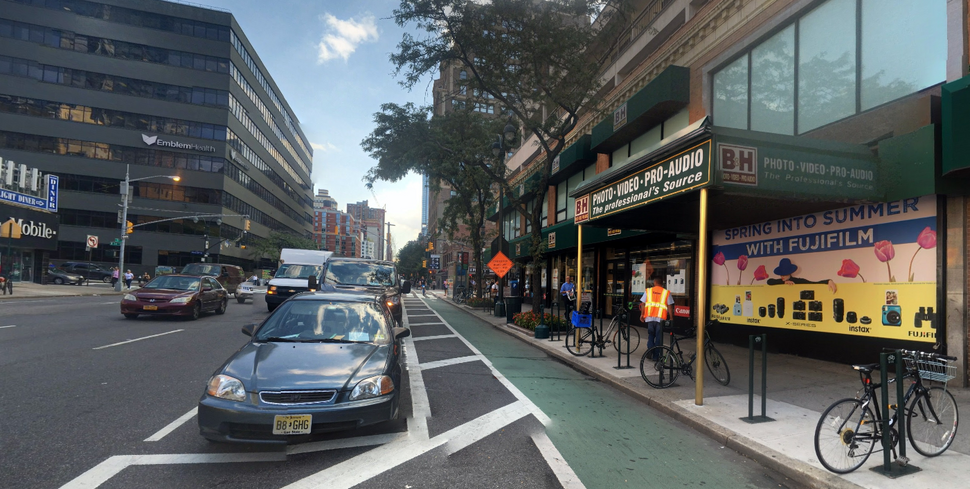 The giant Hasidic-owned camera store B&H Photo Video is closing the Brooklyn warehouse where workers formed a union in 2015 amid stiff opposition from management, and where federal investigators allege Hispanic employees were forced to use separate bathrooms.

In a statement on Thursday, B&H said it would move its fulfillment center from the Brooklyn Navy Yard to a facility 75 miles south in Florence Township, New Jersey. The company is also closing a second warehouse in the Bushwick section of Brooklyn.

The 335 people who currently work at the Brooklyn warehouses will be offered jobs at the new site, which is an hour and a half by car from the Brooklyn Navy Yard.

“We outgrew the existing facility some time ago, and the only reason it still works is due to the outstanding efforts of our employees,” B&H’s vice president of operations, Jacob Mittelman, said in a statement. “We value them and hope they will come with us to this new facility.”

B&H said in a statement that it had looked hard for space in New York City and nearby parts of New Jersey, and had settled on Florence Township only after struggling to find locations that fit its needs. The move will be completed by the end of 2017.

A spokesman for United Steelworkers International, Wayne Ranick, said that the union, which represents the newly organized warehouse workers, had been bargaining for a year with the company over the unit’s first contract. B&H informed the union representatives of the planned move during a negotiating session on Thursday.

“We’re quite disappointed and surprised, because we had been bargaining in good faith and this came up totally unexpectedly,” Ranick said.

Ranick said that the union’s representatives had asked to negotiate over the move, but the company declined. A company spokesperson said that the contract negotiations would continue and would “not be impacted by the relocation.”

If few of the Brooklyn B&H workers take jobs at the New Jersey warehouse, it’s not clear whether United Steelworkers would represent the workers there. The labor law questions involved are complex, as the union is still negotiating its first contract with the company. Renick said that United Steelworkers was committed to continuing to represent its B&H members. “We’re exploring every option and we’re going to fight the move,” he said. “We’ll do everything we can to keep representing the best interests” of the workers.

B&H is owned by Herman Schreiber, a member of the Satmar Hasidic community, and is a major employer in the ultra-Orthodox communities in the New York area. In Williamsburg, Hasidic leaders are already making plans to ease the economic impact of the warehouse closings on their community.

Rabbi David Niederman, executive director of the United Jewish Organizations of Williamsbug and a leader of the Satmar Hasidic group, said that his organization is setting up a committee to assist former B&H workers and is in touch with the company.

“As soon as we heard about it, we put together a committee to deal with it and to try to help people deal with job placement,” Niederman said.

While B&H is best known for its Manhattan superstore, a famous shopping destination for tourists and photo professionals, it also has a massive online and wholesale business, with government contracts alone worth more than $46 million as of last year. Those operations have been run out of the two Brooklyn warehouses.

Complaints about working conditions at the warehouses drew widespread attention in the fall of 2015, when employees went public with safety complaints as part of a bitter and contested campaign to organize a union for the warehouse workers.

“The warehouses are full of dust,” an employee at one of the warehouses told the Forward at the time. “We don’t have training or knowledge how to use the machines.”

Organizing efforts drew strong opposition from the company, according to press reports. But in November 2015, workers voted overwhelmingly to join the United Steelworkers union.

Months after the warehouse workers voted to organize, federal investigators dropped bombshell allegations charging that B&H had discriminated against Hispanic workers at the Navy Yard warehouse, even forcing them to use separate, dirtier bathrooms than white employees.

The federal Department of Labor’s Office of Federal Contract Compliance Programs charged in a February 2016 administrative complaint that B&H paid Hispanic laborers at the warehouse less than it paid white laborers, and that it had promoted Hispanics less often than it had promoted whites. It also alleged that B&H supervisors had subjected Hispanic workers to “severe and/or pervasive verbal abuse” because of their race.

A spokesperson for B&H said that the case was currently in the discovery phase, and that the “relocation will have no impact” on the matter. Department of Labor spokespeople could not be immediately reached for comment.