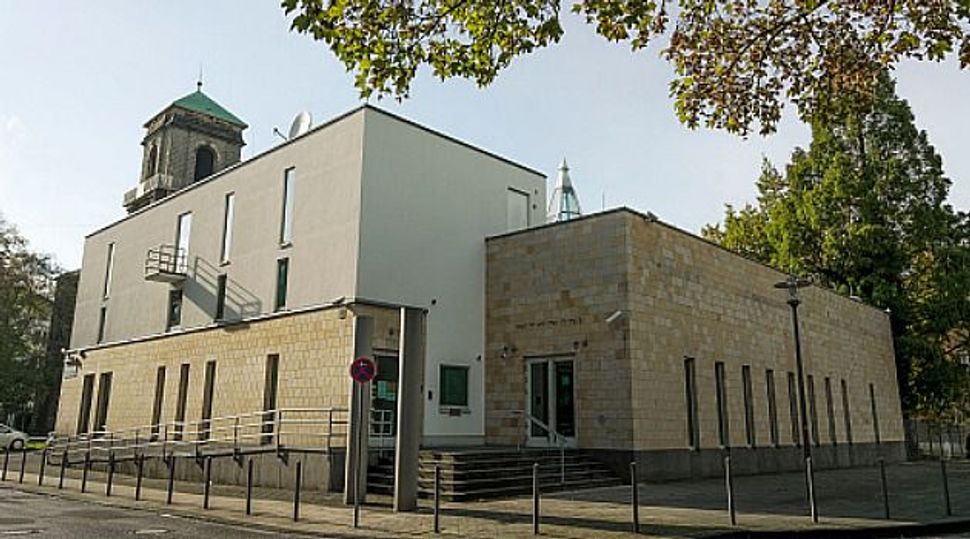 A German regional court called the attempt to burn down a synagogue in the city of Wuppertal in 2014 a criticism of Israel and not an anti-Semitic attack.

By doing so, the court affirmed a lower court’s ruling that had come to the same decision in 2015, the “Jüdische Allgemeine,” Germany’s largest Jewish newspaper, reported.

The attack happened in July 2014, when three young men of Palestinian descent threw Molotov cocktails at the entrance of the Bergische Synagogue in Wuppertal, a city located 330 miles west of Berlin. No one was injured, and damage was slight, as the fires extinguished by themselves.

The defendants, whose names were not made public due to Germany’s strict privacy laws, testified they had been angry about the war between Israel and Hamas in Gaza during the original trial.

But they did not want to hurt anyone, they said, and one of them apologized to the Jewish community through his lawyer.

The arson attack happened shortly after Israel had launched Operation Protective Edge in the summer of 2014 to stop Hamas rocket attacks into Israeli territory.

The men said they were drunk and had smoked marijuana at the time of the attack, celebrating the end of the month of Ramadan fasting. They had filled their empty beer bottles with diesel fuel that they threw at the synagogue.

In 2015, German courts sentenced two of the men to 15 months of prison, a sentence that was later extended to two years. The third man (who had been a minor during the attack) was sentenced to an unspecified shorter prison term.

During their sentencing, the courts said that an arson attack on a synagogue is a strong indication for anti-Semitism, but there hadn’t been any other proof that the young men were anti-Semites.

The courts believed the defendants when they said they meant the attack as a criticism of Israel.

The original trial didn’t create much attention in Germany at the time, but was met with harsh criticism from the Jewish community and international newspapers.

The head of the Jewish community in Wuppertal, Leonid Goldberg, told reporters in 2015 that he saw the arson attack as a sign of “pure anti-Semitism.”

Jews in Germany were hoping that higher courts would change the ruling during the new trial this months, and showed disappointment when this didn’t happen.

“No-one would ever attack a Hindu convent to protest the politics of India, or a mosque to protest Erdogan’s government in Turkey,” Laurin wrote.