Meet Jason Chaffetz, the Mormon Congressman Who Converted From Judaism 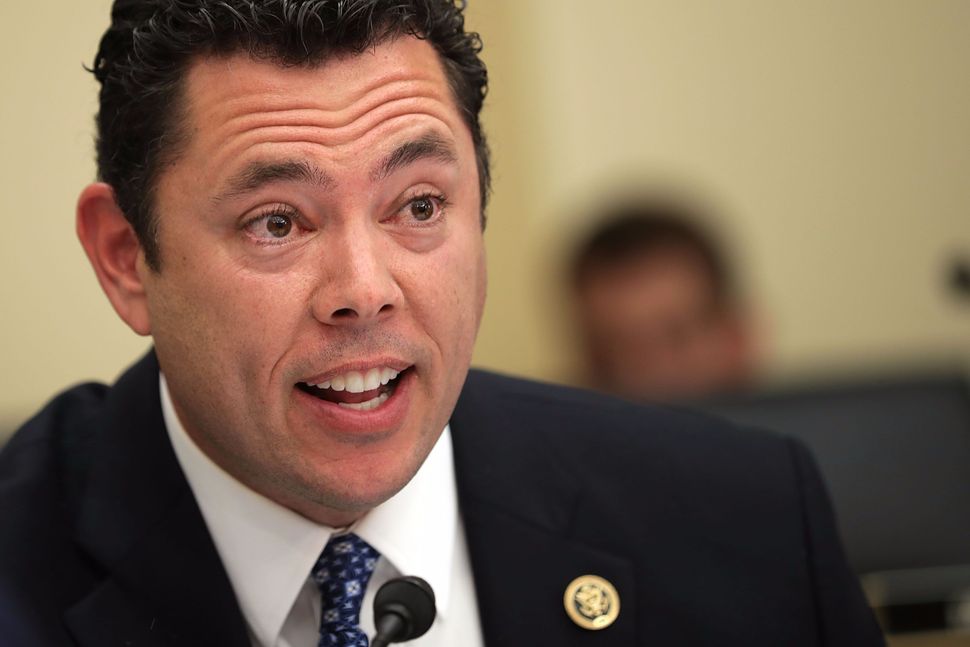 Here are a few facts about the Utah Republican, who’s Mormon but has a Jewish dad.

Chaffetz grew up with a Jewish father and Christian Scientist mother, and was brought up in his father’s religion. He came to Mormonism while at Brigham Young University in Utah, which he attended on an athletic scholarship.

Chaffetz’s father John Chaffetz was married to Kitty Dickinson, who after their divorce went on to marry ex-Massachusetts governor and failed Democratic presidential candidate Michael Dukakis. Jason Chaffetz remains close with the Dukakis family, and even chaired the Dukakis campaign’s Utah operation.

Chaffetz was one of the primary antagonists of the Democratic candidate, pursuing her and her aides with questions and subpoenas over the former secretary of state’s private e-mail server and the attack five years ago on the American Embassy in Benghazi, Libya. He has vowed to use his committee to continue to investigate Clinton, even now after the election. Some have alleged that he is politicizing his oversight powers.

4.Sleeps in His Office

Chaffetz is one of the few dozen Republican congressmen who sleep on cots in their offices, in order to signal their fiscal restraint and desire not to be entrenched in Washington, D.C., by acquiring a residence there. Chaffetz showers in the House gym.

Meet Jason Chaffetz, the Mormon Congressman Who Converted From Judaism