Protesting on Shabbat? Not as Easy as it Looks 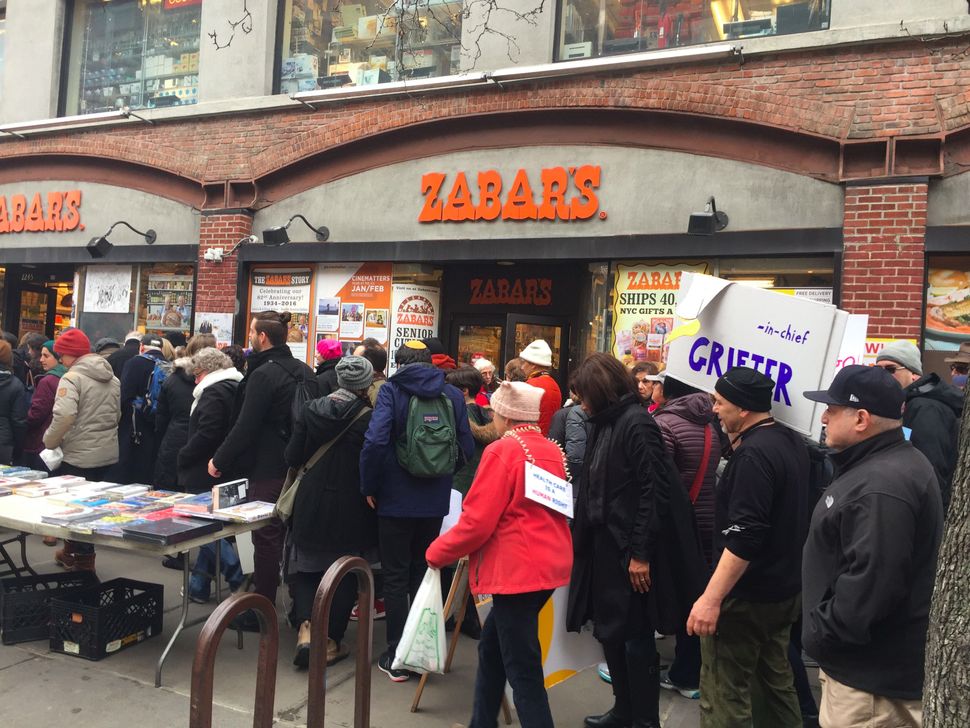 Steven Philp, a rabbinical student at the Jewish Theological Seminary, walked four miles from his home in Washington Heights to the Upper West Side on Saturday morning to join the massive citywide protest against President Donald Trump.

For observant Jews like Philp, the protest, planned for a Saturday, posed particular challenges, as observant Jews refrain from driving, using electronics, or even carrying things on Saturday.

Ever tried going to an all-day protest without carrying anything? Not even a protest sign?

For the many rabbinical students who joined a group of Jewish marchers that walked downtown en masse from Congregation B’nai Jeshurun on West 88th Street to join the main protest on East 42nd Street, marching took special preparations.

Eliezer Lawrence and Loren Berman, both rabbinical students at the left-wing Modern Orthodox seminary Yeshiva Chovevei Torah, emptied their pockets before the march, as the route would take them outside of the bounds of the uptown Manhattan eruv, within which observant Jews are permitted to carry things on the sabbath.

They left their keys at synagogue and ate an early lunch. They carried no signs. Instead, Berman said, they were singing.

Berman acknowledged that being around Jews who were choosing to break the Sabbath made him uncomfortable. But he said he felt it was still important to be there. (This reporter stepped away from Berman and Laurentz before taking notes on their comments.)

Other observant Jews did carry signs. Maya Zinkow, a JTS rabbinical student, said that she would either turn around at 57th Street, where the eruv ends, or convert her sign into a sort of necklace. It would be a “game time decision,” she said. At 65th Street, she had not yet made the call.

Correction: An earlier version of this story misspelled the last name of Eliezer Lawerence.

Protesting on Shabbat? Not as Easy as it Looks