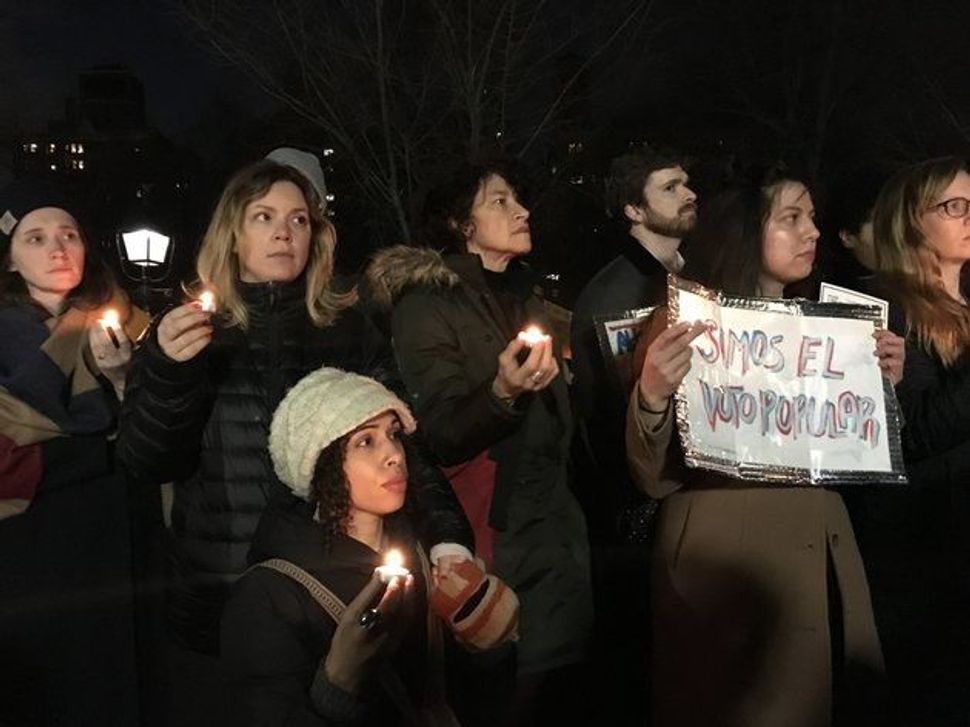 As The Huffington Post reported, the protestors united to rally against President Donald Trump and his impending executive order that calls for a significant reduction of Muslims allowed in the United States. The order also cites an indefinite ban of Syrian refugees—of the 5-million displaced, 18,000 have been allowed entrance into the US. A draft of then executive order was released to the public earlier that Wednesday.

Others also unified the Jewish and Muslim people, as well as other marginalized groups, in declarations of solidarity during the demonstration. Letitia James, a public advocate and speaker at the rally, said, “And any threat to any group, to African Americans, to Jews, to Muslims ― it doesn’t matter ― any threat to any group is a threat to all of us.”