Reward Offered To Find Vandals Who Twisted Menorah Into Swastika 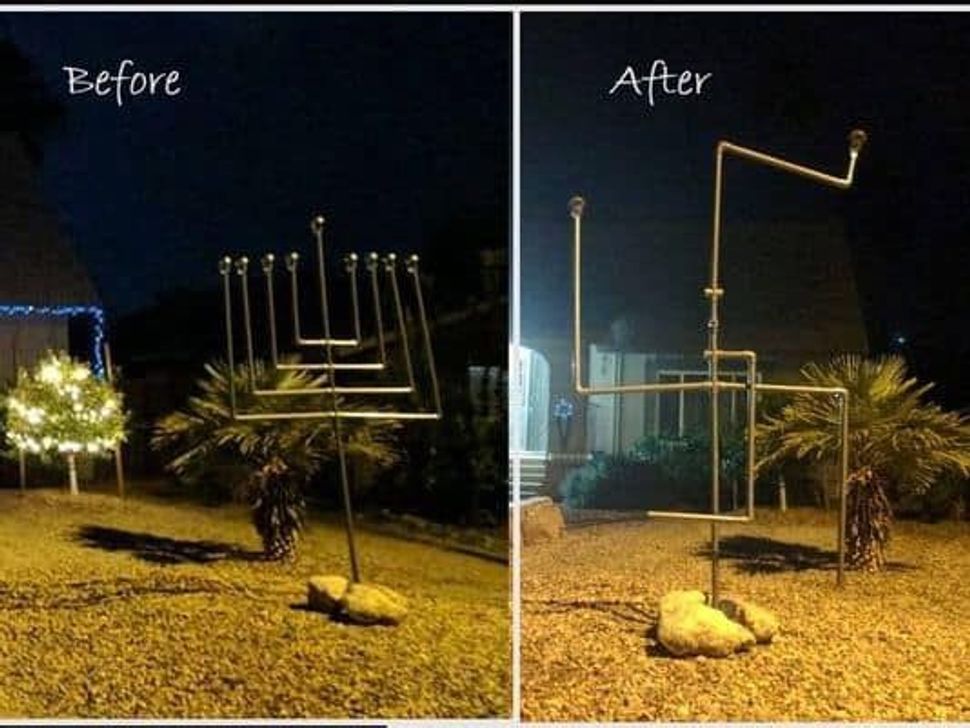 In late December, an Arizona couple found their lawn menorah twisted into a swastika. Now, a local crimefighting organization has offered a reward in relation to the incident, according to Azcentral.

Naomi and Seth Ellis had created a menorah out of PVC pipe to please their three sons, who had asked for holiday lights. After the vandalism, Naomi Ellis cried as police removed the sculpture, and then posted before and after photos to her Facebook page, and police are investigating the vandalism as aggravated criminal damage. Silent Witness is offering a $1,000 reward for those who find the vandals.

Another incident of anti-Semitic vandalism occurred at a synagogue in the nearby town Sun City a few days prior to the Chandler incident. Police say they do not have evidence connecting the two crimes.

If you have information about the vandalism, contact Silent Witness at 480-WITNESS or silentwitness.org, or call the Chandler Police Department at 480-782-4000.

Reward Offered To Find Vandals Who Twisted Menorah Into Swastika