At Interfaith Rally Against Trump’s Muslim Ban, Prayers for Resistance 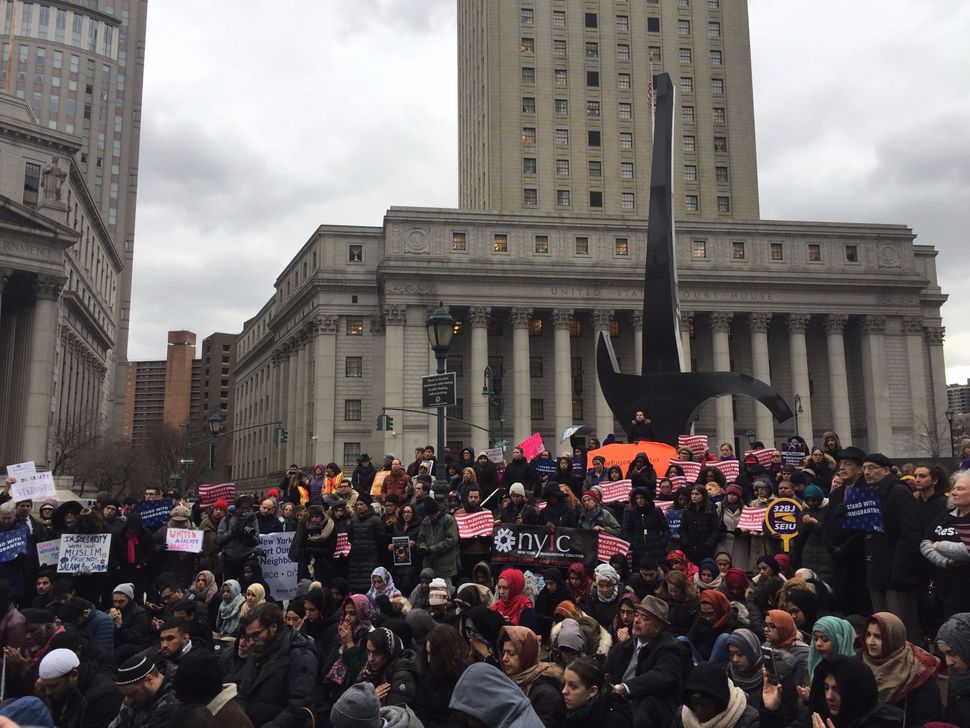 In a reverent scene in downtown Manhattan on Friday, dozens of Muslims gathered in Foley Square to pray, and to protest President Donald Trump’s executive orders on immigration.

“Mark my words,” said Imam Khalid Latif, executive director of the Islamic Center at New York University, as barefooted Muslims sat on tarps spread across the cement, surrounded by an interfaith crowd of supporters. “Organized evil will always triumph over disorganized righteousness.”

The rally-cum-prayer session, organized by Muslim and interfaith groups, ended with speeches by Jewish and Christian leaders, including Mark Hetfield, president and CEO of HIAS, and Rabbi Simkha Weintraub. 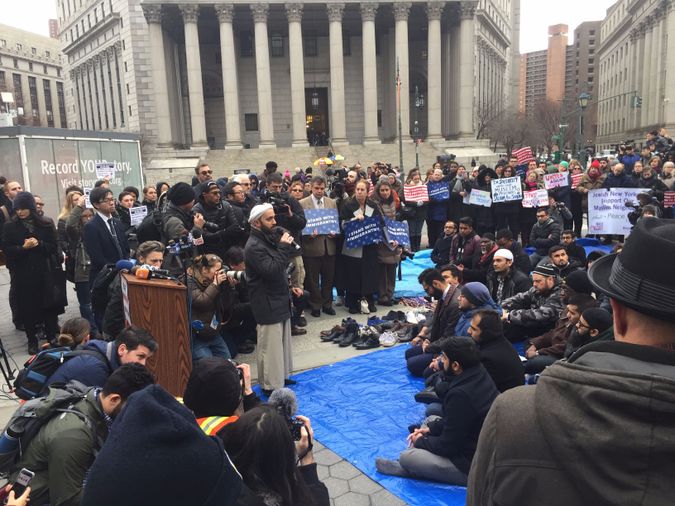 The rally came amid reports that Trump planned to sign executive orders barring Syrian refugees from the U.S., limiting other groups of refugees, stepping up efforts against undocumented immigrants, and temporarily banning immigration from a number of Muslim countries.

Trump signed at least one order relating to refugees on Friday afternoon; details of the order were not immediately clear.

Friday was also International Holocaust Memorial Day, a fact highlighted by a number of speakers.

Latif led a crowd of Muslims in the Friday Jummah prayer, surrounded by the gray-faced courthouses of Foley Square. In his sermon, he called on the crowd to stand up against the executive orders, and to be willing to make sacrifices to oppose them. 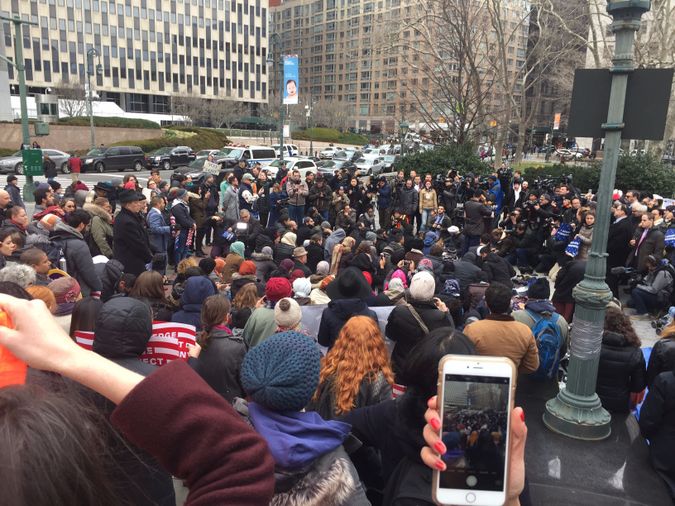 “We have to be the reason people have hope in the world,” he said.

The crowd included Franciscan friars, an Episcopal priest, a representative of a Hindu organization, and a number of Jewish people and rabbis. Elected officials, including Manhattan borough president Gayle Brewer and City Council member Carlos Menchaca, were also in attendance.

Hetfield told the Forward that he believes that security is just a pretext for the executive order on refugees. “The reason behind it is Islamophobia, the ugly cousin to anti-Semitism, the ugly cousin to racism,” he said. “We are all in this together.”

At Interfaith Rally Against Trump’s Muslim Ban, Prayers for Resistance