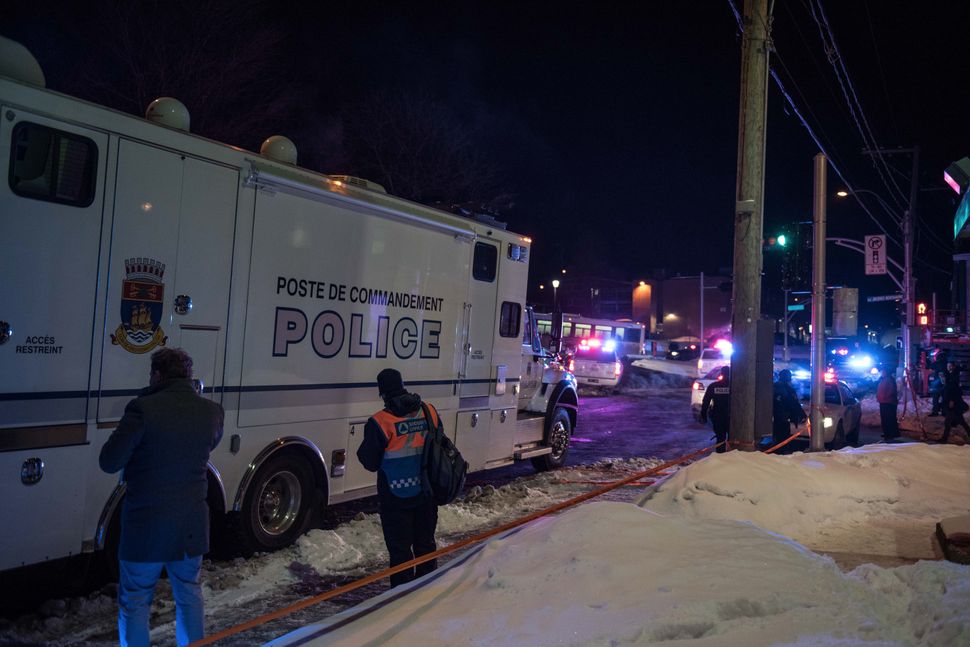 Police investigating the shooting at a Quebec mosque that killed six have narrowed down their list of suspects to one man who, based on social media activity and accounts of people who know him, has far-right, anti-immigrant sympathies.

Authorities claim that Alexander Bissonnette, a student at the city’s Laval University, perpetrated the attack, calling in from a bridge near the mosque to report himself. Another man, detained at the scene of the crime, has since been released and identified by police as a witness.

François Deschamps, member of Quebec’s Refugee Welcome Committee, told the La Presse newspaper that he recognized Bissonette because the man had often left hateful comments on the group’s page. “I flipped when I saw him,” he said. “We observe much of what the extreme right says and does. He’s made statements of that sort on our Facebook page. He also attacked women’s rights,” Deschamps recalled.

Leaders in Canada and from around the world have denounced the attack. “We are with you,” Canadian Prime Minister Justin Trudeau said to the Muslim community, in remarks at Parliament. “Know that we value you, you enrich our shared country in immeasurable ways. You’re home.” President Trump was said to have called Trudeau to offer his condolences and the help of the United States.

In a press conference at Quebec’s city hall, Muslim leaders reacted to events and called for a secure and tolerant society. “We are going to continue to be citizens to the fullest extent,” said Mohamed Labidi, vice president of the Quebec Islamic Center. “Prayer and support, that’s what we’re going to need in the days to come. We have in front of us a long way of collaboration and cooperation,” another leader, unidentified in La Presse’s report, said.