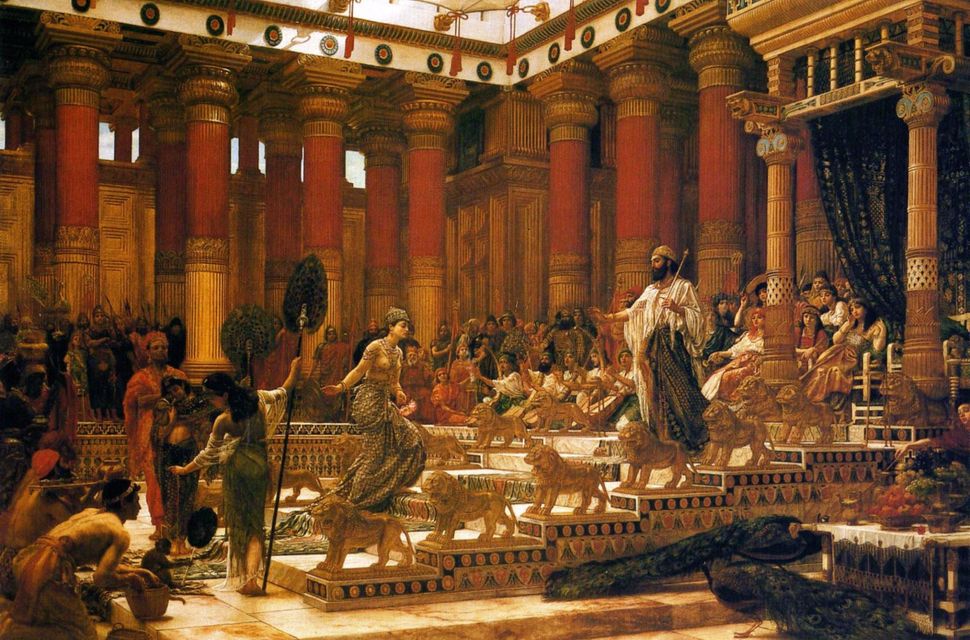 This 1890 oil painting depicts the Queen of Sheba’s visit to the court of King Solomon, whose wealth was and is legendary.

In the Bible, King Solomon was known for his wisdom, but his wealth was pretty legendary, too. According to Kings I, he had 12,000 horses, 1,400 chariots, 700 wives and 300 concubines to be exact — and new research reveals copper may have been how he paid for it. Archeologists from Tel Aviv University claim to have found the location of King Solomon’s mines, and say it was one of the largest copper hubs in the Tinma Valley of Israel.

During the archaeological dig at the mines, the team unearthed a gatehouse and animal pens as well as other organic materials, such as food and clothing, preserved by the dry desert conditions. The new artifacts challenge the previous assertions made of the site’s historical function, according to an article in this month’s Journal of Archaeological Science.

American archaeologist Nelson Glueck, first excavated the site in 1934 and argued that it was a slave camp. But the current team’s scientific research indicate that the valley, commonly referred to as Slave’s Hill as a result of Glueck’s work, was a complex and hierarchical military society, instead.

“The gatehouse and walls also indicate substantial investment in deterrence and defense, reflecting a period of instability and military threat in 10th century BC Timna,” Erez Ben-Yosef, the leader of the archeological expedition, told Sci-News.

Radiocarbon dating and the new revelation of the site as a military society led the team to link the valley to King Solomon’s mines.

“Now, having found evidence of defensive measures — a sophisticated fortification — we understand what must have been at stake for him in this remote region: copper,” said Dr. Ben-Yosef.