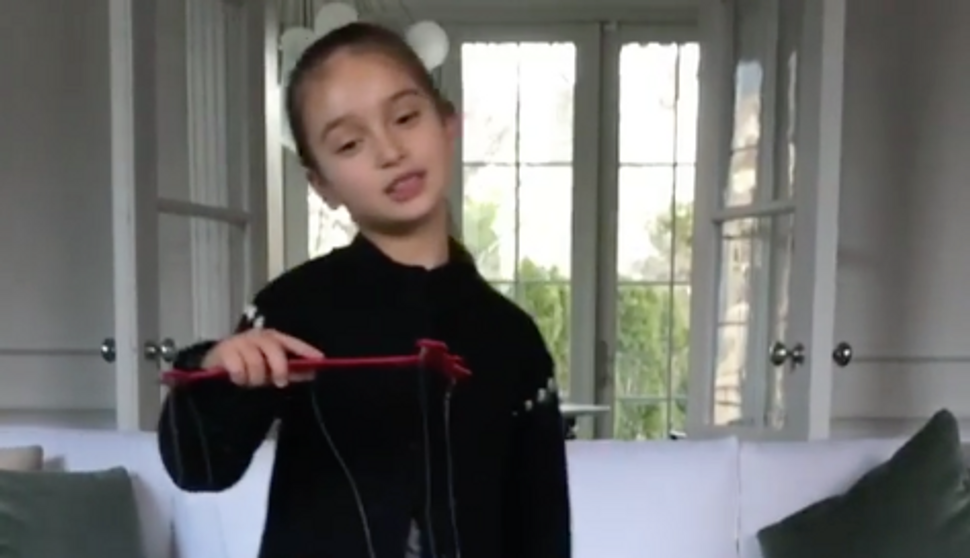 Earlier this week, Ivanka Trump posted a video of five-year-old Arabella singing “Happy New Year” in Mandarin on Instagram. “Arabella singing a song she learned for #ChineseNewYear,” Trump wrote. “Wishing everyone an amazing year to come during these days of celebration. 新年快乐”

Arabella, who has studied Chinese with her nanny, played with a Chinese marionette as she sang.

Arabella singing a song she learned for #ChineseNewYear. Wishing everyone an amazing year to come during these days of celebration. 新年快乐！

Instagram is blocked in China, but the video soon found its way onto Weibo, the Chinese version of Twitter. More than 60,000 people on Weibo said they liked the video of Arabella singing.

It is not the first time that a video of Arabella speaking Mandarin has gotten viral.

Last year, Ivanka Trump shared a video of then four-year-old Arabella reciting a Chinese poem. In the video, Arabella wore a cute red Chinese dress and stood in front of monkey figures, to point to the year of the monkey.

Arabella wanted to have a pre-bedtime #ChineseNewYear party this past Sunday evening. She got all dressed up and performed songs and poems for Jared, Joseph and me. It was pretty adorable ?#yearofthemonkey #happyChineseNewYear

The famous poem “Sympathy for the Peasants,” by Li Shen’s is part of the Chinese elementary curriculum.

The video became a viral hit in China in the week after the presidential election, when it was reposted onto Weibo.

And judging from the comments, Arabella’s Mandarin is spot on.