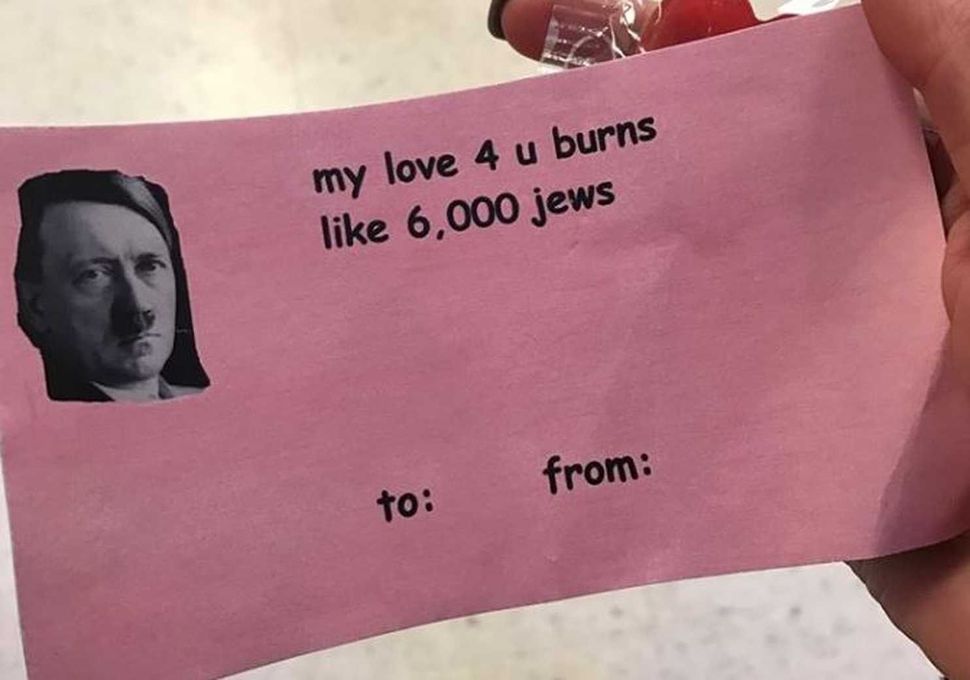 Valentine’s Day took an ugly turn at the College Republicans’s holiday party at Central Michigan University, when a card featuring Adolf Hitler and bearing the words “my love 4 u burns like 6,000 Jews,” mysteriously emerged.

Members gave Valentine’s Day bags to each other during the February 8 party, and one bag contained an anti-Semitic card. The member with that bag unknowingly gave it to nonmembers, according to the student-run newspaper, Central Michigan Life. From there, it was posted on social media and circulated around the campus.

CMU’s College Republicans released a statement on their Facebook page that explained the incident but denied responsibility for the card’s creation: “At tonight’s College Republican meeting, we had a Valentine’s Day party, in which each member decorated a bag and other members placed valentines inside of others’ bags. Unfortunately, a very inappropriate card was placed into a bag without other members’ knowledge.”

The college’s president, George E. Ross, said that he was deeply disappointed and that the card was protected under the First Amendment.

The school’s Office for Civil Rights and Institutional Equity started a formal inquiry to look into the matter.