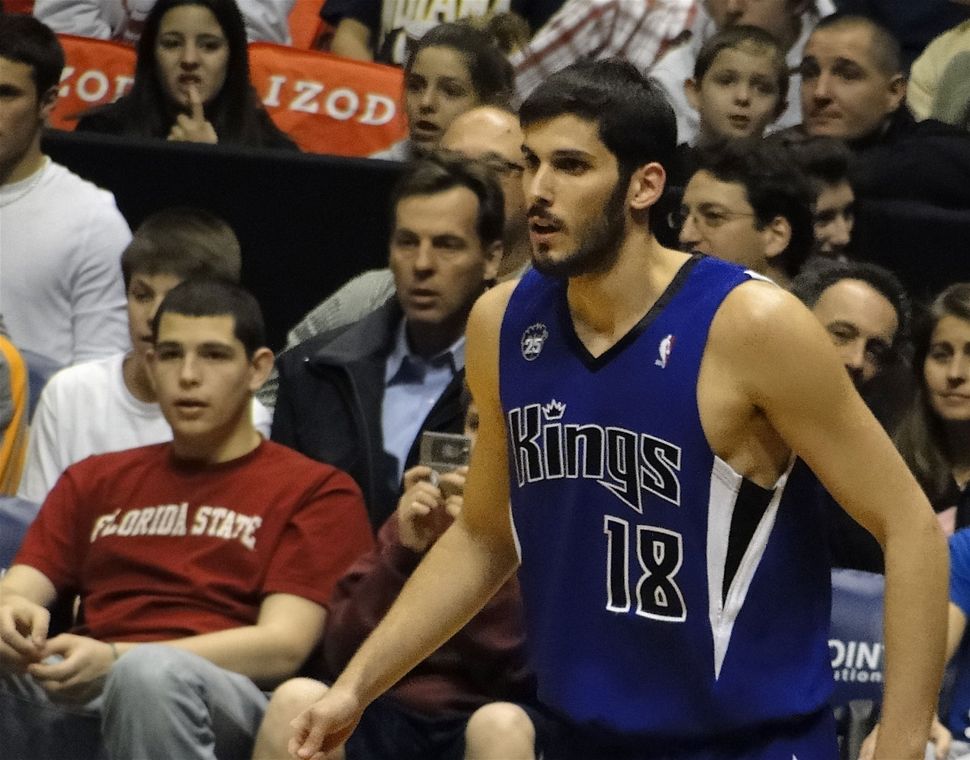 (JTA) — Omri Casspi, the first Israeli to play in the National Basketball Association, reportedly is being traded from the Sacramento Kings to the New Orleans Pelicans.

The trade, which is set to be announced later on Monday, is part of a five-player  trade which will see All-Star center DeMarcus Cousins heading with Casspi to New Orleans, ESPN reported on Sunday.

Sacramento will receive Buddy Hield, Tyreke Evans, Langston Galloway, a 2017 first-round pick and a 2017 second-round pick, according to the report.

Casspi played with the championship Maccabi Tel Aviv team in Israel before making himself available for the 2008 NBA draft.

The 6-foot-9 Casspi has been playing about 19 minutes per game this season, averaging 5.9 points and 4.1 rebounds, ESPN reported. New Orleans hosted the All-Star Game over the weekend.