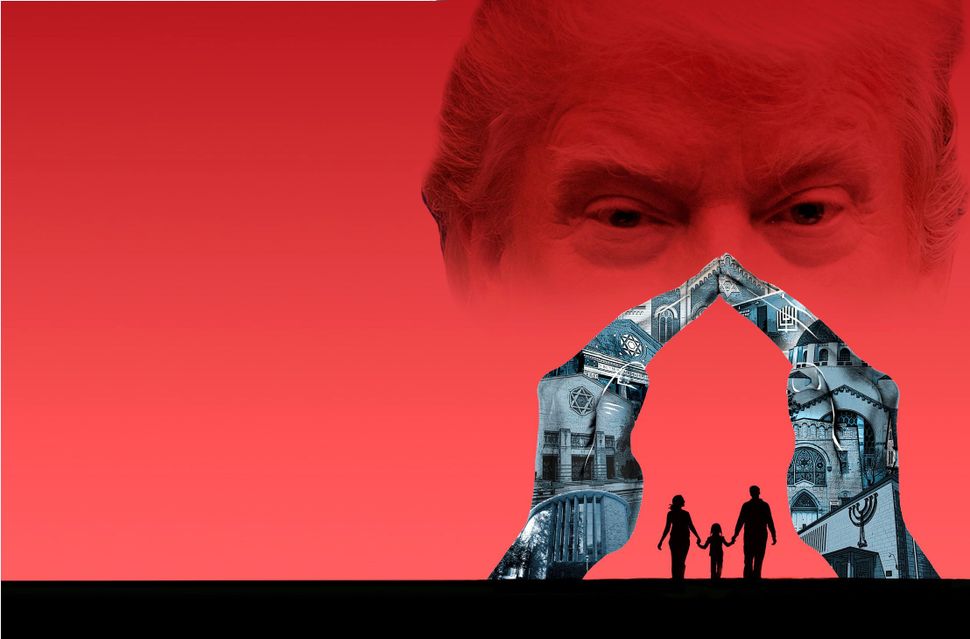 Congregation Mishkan Israel, in Hamden, Connecticut, has a well-earned reputation for social activism, sometimes of the controversial kind. A progressive Reform synagogue that is said to be oldest Jewish congregation in the state, Mishkan Israel has hosted figures from Martin Luther King Jr. to a representative of the Palestine Liberation Organization. 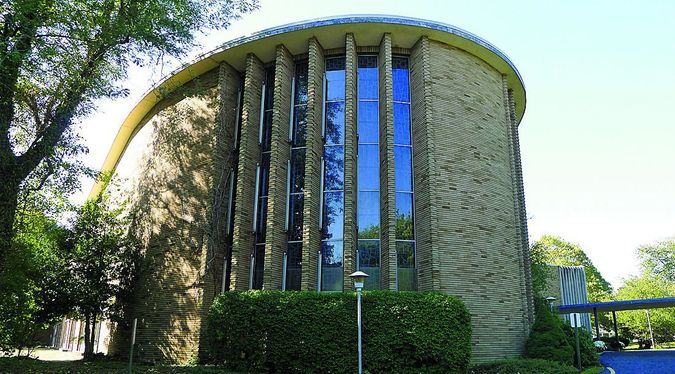 The synagogue sponsored seven families from the former Soviet Union in the early 1990s, a Muslim Bosnian family later that decade and an Iraqi family after the war. Now it is focusing closer to home — neighboring Latino communities, where many live in fear of deportation.

“After the elections and what the president had said, we were concerned, and we thought it was time to turn our attention to the immigrants living in our communities,” said Rabbi Herbert Brockman, the synagogue’s spiritual leader. “We began to explore what it means to be a sanctuary congregation and how we can open our home to immigrants.”

The harsh directives issued February 21 by President Trump, which could lead to the deportation of millions of undocumented immigrants, have added a sense of urgency to the Jewish congregations — so far, very few in number — that are considering turning their synagogues into sanctuaries. They are part of a national movement begun in churches in the 1980s to provide a safe haven for Central American refugees fleeing civil strife. The movement died down and then was revived during President Obama’s second term, when the number of deportations increased. 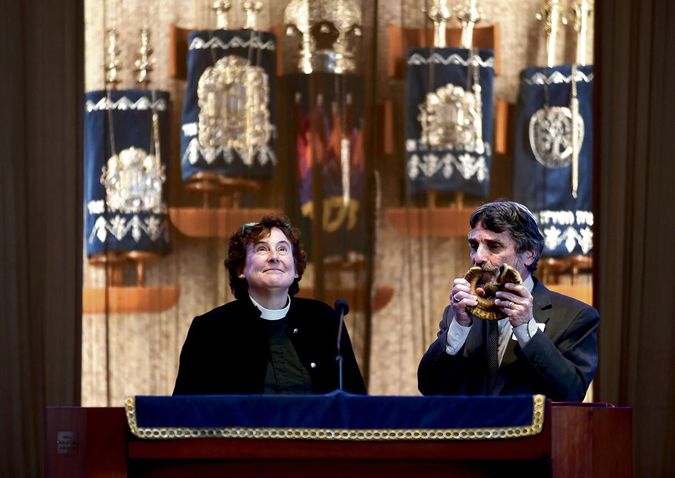 Planning Resistance: Rev. Daphne Burt (left) of the Lutheran Church of the Good Shepherd in Hamden, Connecticut, recites a prayer while Rabbi Herbert Brockman of Congregation Mishkan Israel blows the shofar at an interfaith training session on sanctuary congregations.

Now the sanctuary movement is gathering steam again, with 700 faith communities active in some fashion. Between five and 10 synagogues nationwide have already voted to call themselves sanctuary congregations, according to Rabbi Jill Jacobs, executive director of the Jewish rabbinic social justice group T’ruah. She estimated that another 20 are currently looking into it.

“It’s an affirmation that they are willing to house people at risk of deportation,” Jacobs said.

But some of these synagogues find that even if declaring themselves sanctuaries may carry a valuable moral sense, it lacks concrete legal meaning. Being a sanctuary synagogue has as many interpretations as the communities that choose to embrace the notion, ranging from bold defiance in the face of immigration enforcement agencies to more benign legal and personal support for immigrants facing deportation action.

Guiding the sanctuary movement is the belief that synagogues, churches and mosques are off limits for law enforcement and as such they can provide a protected shelter for those outside the law. In a strict legal sense, this notion of sanctuary has no standing, but a 2011 memo issued by Immigration and Customs Enforcement restricts raids in “sensitive locations,” which include houses of worship, schools and hospitals. This policy was put to a test recently when Jeanette Vizguerra, a mother of four from Mexico, took shelter at Denver’s First Unitarian Society church after ICE rejected her request to remain in America. 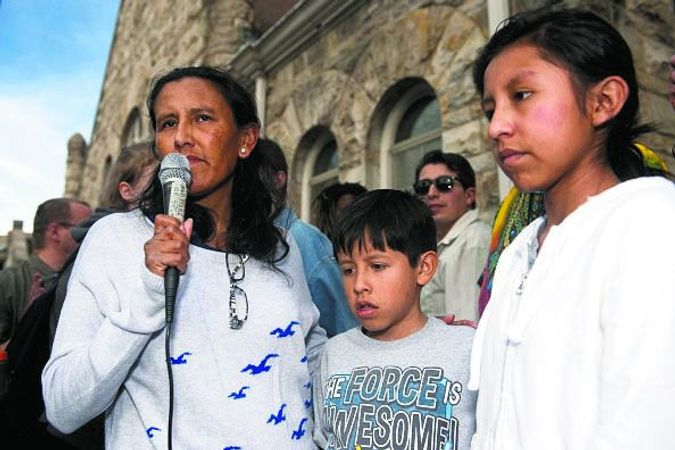 Family At Stake: Jeanette Vizguerra speaks to supporters outside the First Unitarian Church in Denver with two of her three U.S.-born children at her side. Image by Getty Images

Vizguerra is currently safe at the church, but ICE rules could easily be overturned by the Trump administration, stripping houses of worship of their protective status.

And still, for a few synagogues across the country, offering sanctuary to persecuted migrants is seen as the ultimate expression of the Jewish value of caring for the stranger.

One such synagogue is Temple Sinai, in Washington, D.C. The board officially declared the place a sanctuary synagogue February 15. The declaration came following a lengthy debate process and after consultation with legal experts. Being a sanctuary synagogue, said Rabbi Jonathan Roos, Temple Sinai’s senior rabbi, could mean going as far as “opening our doors and our house to people fearing deportation.” The synagogue already designated a space that can house undocumented immigrant families if needed, and Temple Sinai, has the backing of congregants willing to provide whatever support is needed.

But one of the key dilemmas facing sanctuary synagogues seeking to open their doors is who will be allowed through those doors. At Temple Sinai, the clergy and leadership opted for a selective policy, which includes people already connected to the congregation, such as workers, their family members and immigrants who have been involved in the synagogue’s communal programs.

“The goal is to ensure that we are providing sanctuary only to people whose concerns have to do with immigration,” Roos said. He said that the synagogue does not want to become a sanctuary for any criminal fleeing the law, especially since it does not have the means of conducting background checks.

Guidelines issued by the U.S. Department of Homeland Security on February 21 would, however, broaden significantly the definition of criminal offenses that could make immigrants eligible for deportation. And while ICE still intends to prioritize deporting undocumented immigrants who have committed serious criminal offenses, the new rules also allow deportation of immigrants who “abused” public benefits, misrepresented themselves to immigration officers or “pose a risk to public safety.”

Synagogues joining the sanctuary movement have so far come from the ranks of the Reform, Conservative and Reconstructionist denominations, although the movements have yet to provide clear guidance to member synagogues interested in sheltering undocumented immigrants. The Reform Movement is now in the process of updating its 1985 resolution supporting sanctuary synagogues “to reflect the current situation,” a spokesman for the movement’s Religious Action Center said.

But in general, each congregation is on its own. Most are looking at a spectrum of actions, some of them less controversial than creating an actual physical shelter for immigrants being chased by the law.

Mishkan Shalom, a Reconstructionist synagogue in Philadelphia, has housed people in the past but is not doing so currently. Instead, the congregation is involved in other sanctuary-related work, including accompanying people through the citizenship process. “That’s a very key aspect,” the congregation’s spiritual leader, Rabbi Shawn Zevit, acknowledged of efforts to physically defend at-risk immigrants from authorities. “But we can lose the forest for the trees if we only focus on that.”

Support for undocumented immigrants at risk includes accompanying them to a deportation hearing, a step that has proved to be effective in deterring officers from immediate deportation; other forms of support include legal advice; translation services, and rapid response teams rushed to witness, document and offer help during deportation raids.

In the D.C. area, one local organization is reaching out to synagogues and churches to ask them to sign on to one of a graduated set of sanctuary commitments. At the lowest level, religious groups are asked to commit themselves to solidarity with people under threat. At the highest level, they are asked to host an immigrant at risk of deportation, or to aid a congregation hosting someone.

“It’s not just about physically guarding somebody,” said Julia Paley, a member of Sanctuary DMV, which is organizing the synagogues and churches. “It’s a much broader array of activities that are desperately needed.”

This broad spectrum of immigrant-assistance activities allows synagogues to avoid the concern that taking the most extreme action of offering shelter would make the synagogue an accomplice to breaking immigration laws. Simply declaring itself a sanctuary synagogue does not have legal consequences. This changes if a synagogue actually takes in immigrants fleeing deportation. Even then, the legal consequences are minimal, especially when the act is announced in advance and the presence of an undocumented immigrant is not hidden from authorities.

The question facing many synagogues, said a rabbi involved in the process who asked not to be identified, since discussions in his synagogue were ongoing, is how to bridge the gap between activist clergy eager to make houses of worship the frontline in the battle against Trump’s immigration policies and the synagogue leadership seeking to stabilize the institution and avoid the perception of being on the wrong side of the law.

As of now, the debate is purely theoretical. There are no known cases of undocumented immigrants who have sought shelter in a synagogue or who have received such sanctuary. But with the Trump administration’s renewed focus on immigration, and its declared intention to hire another 10,000 enforcement agents, the real-life test for sanctuary synagogues could be around the corner.