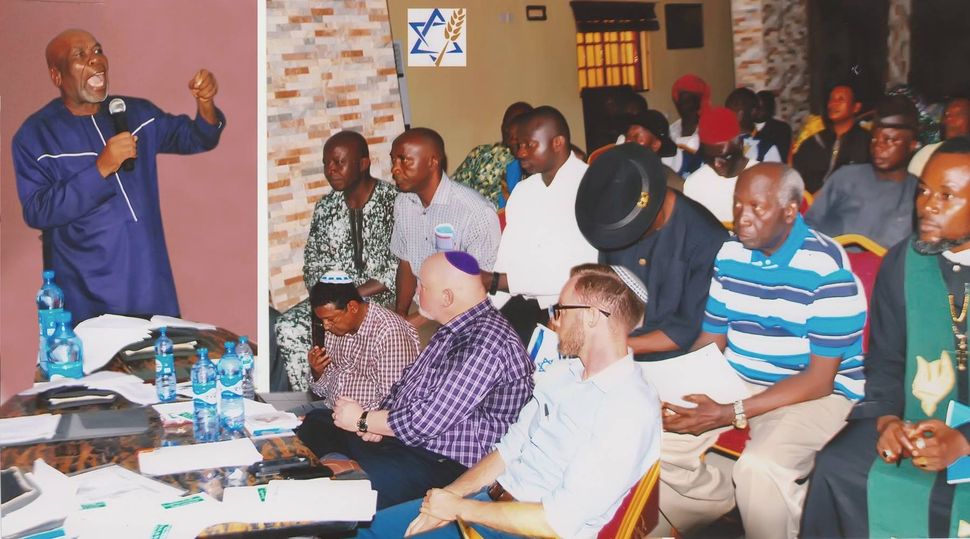 A program to test the Igbo of Nigeria for genetic links to Jews has heightened tensions between international groups representing mainstream Jews and Messianic Jews.

In February, Jewish Voice Ministries International organized a test to compare genetic samples from some 100 members of the Igbo group, who claim ancestral connections to the biblical Israelites, against a DNA bank of genes collected from Jews.

Shavei Israel, a high-powered Israeli organization also ramping up their own outreach to the Igbo, does not welcome the test and sees it as part of the growing threat Messianics pose to the Israeli group’s mission.

“So called Messianic Jews are soul-snatchers and missionaries, who are trying to sell people a false bill of goods,” said Michael Freund, Shavei’s founder and chairman. “They try to convince some of these communities to unwittingly call themselves Jewish while at the same time believe in the Christian faith.”

Freund is on his own quest to bring “lost tribe” communities into the fold of the mainstream Jewish world. He has settled thousands of Bnei Menashe, a “lost tribe” from India, in Israel and the West Bank.

He sees Messianics as competition.

“It’s a market place of ideas out there,” said Freund. “If the only ones in the marketplace are the so-called Messianic Jews, then they may very well succeed in deceiving many members of those communities into joining their ranks.”

Jonathan Bernis, head of Jewish Voice, said the group is transparent about their beliefs and points out that most of the Igbo are practicing Christians already — even though they proclaim an Israelite ancestry. 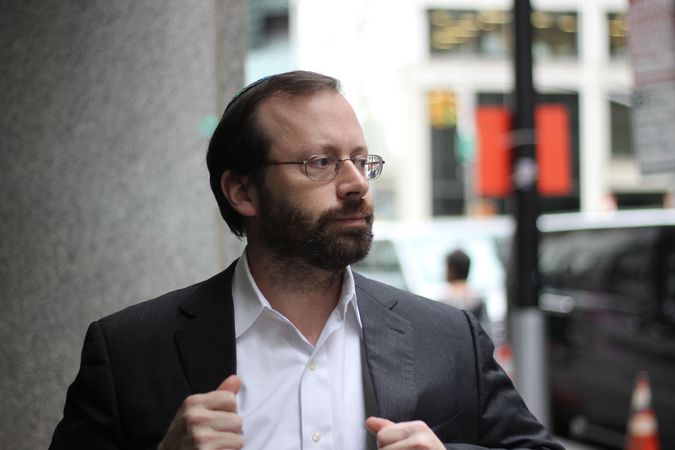 Michael Freund, whose organization Shavei Israel has focused primarily on the immigration of the Bnei Menashe from India to Israel, has recently begun outreach to the Igbo of Nigeria. Image by Sam Kestenbaum

But whereas groups like Shavei teach that in order to “reconnect” to Jewish roots the Igbo must drop their worship of Jesus, Jewish Voice makes no such demand.

“We would attempt to bring them back to an understanding of their Jewish heritage without compromising their faith in Jesus.”

At some 30 million, the Igbo are among Nigeria’s largest ethnic groups. While the Igbo are primarily Christians, for generations they have identified as descendants of a “lost tribe of Israel,” some espousing a lineage to the tribe of Gad.

In recent years, international interest in the Igbo and Igbo interest in outside groups have both seen an uptick.

Since 2003, Kulanu, a New York based nonprofit that supports “isolated and emerging” Jewish groups has provided financial support and religious guidance to the Igbo, which has sometimes involved religious conversions to Judaism. Shavei Israel, a well-funded Israeli organization that encourages immigration to the Jewish state, began sending religious emissaries to Nigeria in 2015.

And last year, Jewish Voice Ministries International tossed their hat into the ring.

Messianic Jews believe that Jesus is the Messiah but still identity as Jewish, despite being rejected by mainstream Jewish groups. Some Messianic Jewish organizations, like Jews for Jesus, make it their mission to “spread the good news” of Jesus to Jews. Jewish Voice shares this mandate, with a special focus on seeking out “lost tribe” groups, in places like Africa.

There are smaller groups and individual actors involved, too.

For example, the American-based International Israelite Board of Rabbis, a rabbinical body of Hebrew Israelites, has also been sending their own emissaries and providing religious resources to the Igbo for a number of years. A Messianic Jew named Kris Shoemaker, who goes by Rabbi Yehudah ben Shomeyr, travelled to meet the Igbo in 2010 and has written a series of books on “the Igbo-Israel connection.”