A “lost tribe” in Nigeria is turning to genetics to determine whether members have an ancestral connection to the Land of Israel.

“In this modern day of scientific advancement, one of the ways we can ascertain whether we are or not related to Jews is by doing DNA matching,” said Dozie Ikedife, an 86-year-old Igbo doctor who helped organize the group test in early February.

Dozie Ikedife, an Igbo doctor and activist, coordinated a genetic test of more than 100 men at his private hospital. Image by Facebook

The Igbo are one of Nigeria’s largest ethnic groups and have long claimed ancestral ties to the biblical Israelites — but the new test has sparked heated internal debates among the Igbo about whether genetic testing will help or hurt their movement.

“You’re running to get a DNA test and you won’t believe you’re the people of the Bible till the white man says so,” a video blogger known as Chukwuemeka said. “It’s really, really sad,”

Jewish Voice Ministries International, a Messianic Jewish organization based in Arizona, coordinated the genetic test of more than 100 Igbo men with local coordination with Ikedife, who operates a private hospital. Jewish Voice sent two employees to gather genetic samples in Nnewi, a city in southeastern Nigeria near the Udoji Forest. Samples were collected using kits from Family Tree DNA, a commercial company that offers genealogical analysis — including a focus on Jewish ancestry.

Messianic Jews believe Jesus was the Messiah and, despite being labeled apostates by mainstream Jewish groups, still consider themselves Jews. Like the better-known Messianic organization Jews for Jesus, Jewish Voice seeks to “spread the good news” to Jews — but has a special mandate to reach “lost tribe” groups, and has been stepping up their efforts in Africa. 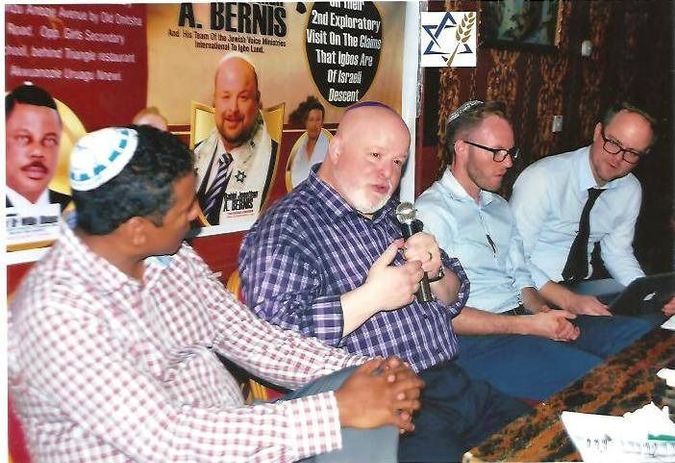 Jonathan Bernis, at center with microphone, with other members of Jewish Voice Ministries International on a visit to Nnewi, Nigeria this August. Image by Courtesy of Onwukwe Alaezi

“Depending on how the results come out, this could be very significant,” said Ezra Benjamin, Jewish Voice’s director of global outreach. Samples are being sent to Family Tree DNA’s laboratories in Texas and will be processed in a few months.

But many Igbo are wary.

In a YouTube video responding to the news of the DNA test, a video blogger named Chukwuemeka said Igbos should be confident with their Israelite ancestry. What’s more, he said, it is the Jewish foreigners whose genealogical ties to Israel should be called into question.

“No one ever dug up any skeleton of any Levite to measure their DNA and put it on a database,” Chukwuemeka said, using the Hebrew title for a biblical priest. The homepage of Chukwuemeka’s website, called “Igbos Are The Real Hebrews,” opens with the line, “The Jewish people today who claim to be the Hebrews over in the state of Israel are not the real people of the bible.”

More debate unfolded in public Facebook exchanges. “Why this fixation on being Jewish?” University student Chukwuma Orji wrote. “Why not grow out of fairytales? I’m still wondering what will make me wish to be Jewish.”

“We are Jewish people so don’t panic over it,” Emmanuel Okafor wrote.

“I have my reservations about using DNA to determine who is a descendant of Jacob,” Remy Ilona, an Igbo graduate student in Florida and the author of “The Igbos And Israel,” told the Forward in a phone interview.

Ilona said he was critical of the idea of European Jewish DNA being used as a control against which the Igbo DNA would be tested. What’s more, Ilona questioned whether non-Igbos may have been included in the test in Nnewi.

“To me, no reputable test was done,” Ilona said.

Ilona promotes the idea that the Igbo have ancestral links to Israelites, but he believes that Igbo and modern-day Jews have something like equal claim to Israelite ancestry.

Ilona previously worked with a nondenominational Jewish group called Kulanu that has also been working with the Igbo since 2003. Ilona’s work focuses on Omenana, or the Igbo culture, which he believes shows parallels to the biblical culture of the Israelites. 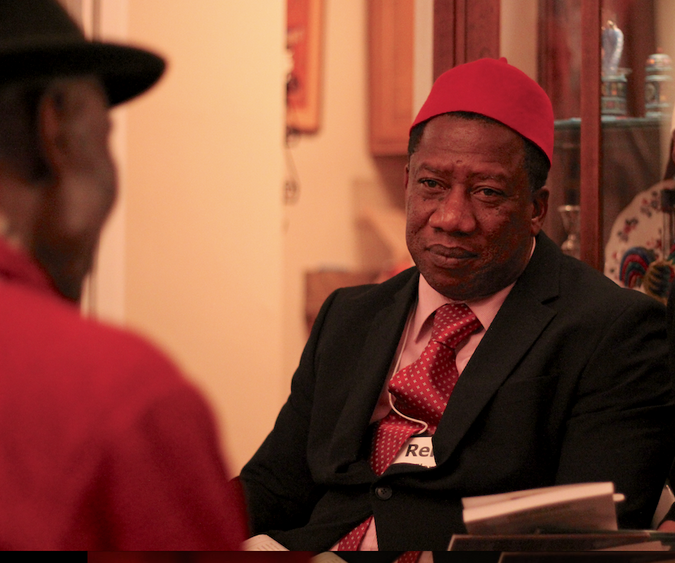 Igbo author and Florida graduate student Remy Ilona is skeptical of the genetic testing being carried out in his home country. Image by Sam Kestenbaum

Both Jewish Voice and some Igbo talk about another African group when explaining why they launched this test — the Lemba.

The Lemba, an ethnic group of around 50,000 based in Zimbabwe and South Africa, have long claimed Israelite descent.

In the 1990s and in 2000, a series of genetic tests among the group showed that a substantial number of Lemba men carried genetic material that is also found among Jews and Middle Eastern groups. While the tests showed only that among the Lemba’s ancestors were people who may have dwelled in the Middle East, the results were widely reported — and celebrated — as fully confirming the Lemba’s oral Israelite history.

Further study in 2013 cast further doubt, with researchers saying they could not support “earlier claims of their Jewish genetic heritage.”

Regardless, the case of Lemba has become a touchstone for other groups or tribes that call themselves Israelite. It inspired some Igbo, like Ikedife, to push for testing. 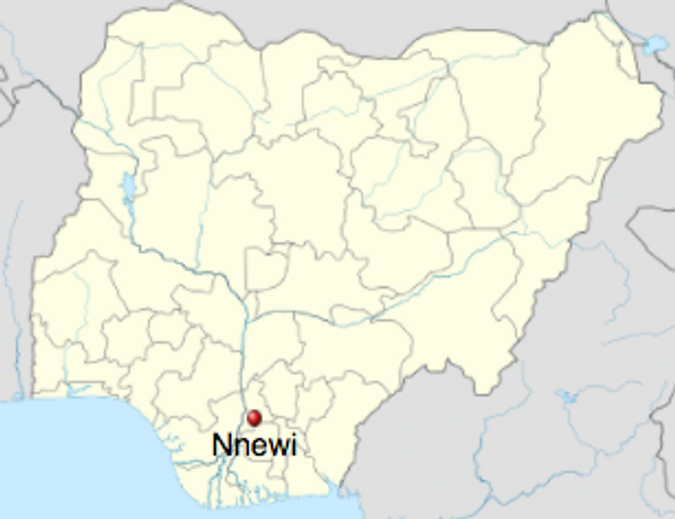 DNA samples were collected in Nnewi, a southeastern city in Anambra State. Image by Wikipedia

Over the past decade or so, Igbo have asked some international visitors to help them carry out a similar test. And Jewish Voice jumped at the chance.

If the test were to come back negative, Jewish Voice — which also provides medical care — would likely scale back outreach to the Igbo. “We go to areas with a Jewish population or people who are historically tied to the Jewish people to provide aid,” said Jonathan Bernis, head of Jewish Voice. “The result of the DNA testing would determine what degree of service we provide going forward.”

The fact that Jewish Voice is a missionary, not scholarly, group has also given some pause. But for Ikedife, the doctor who has been pushing for the genetic test for over a decade, the results will bring, if nothing else, a sense of closure.