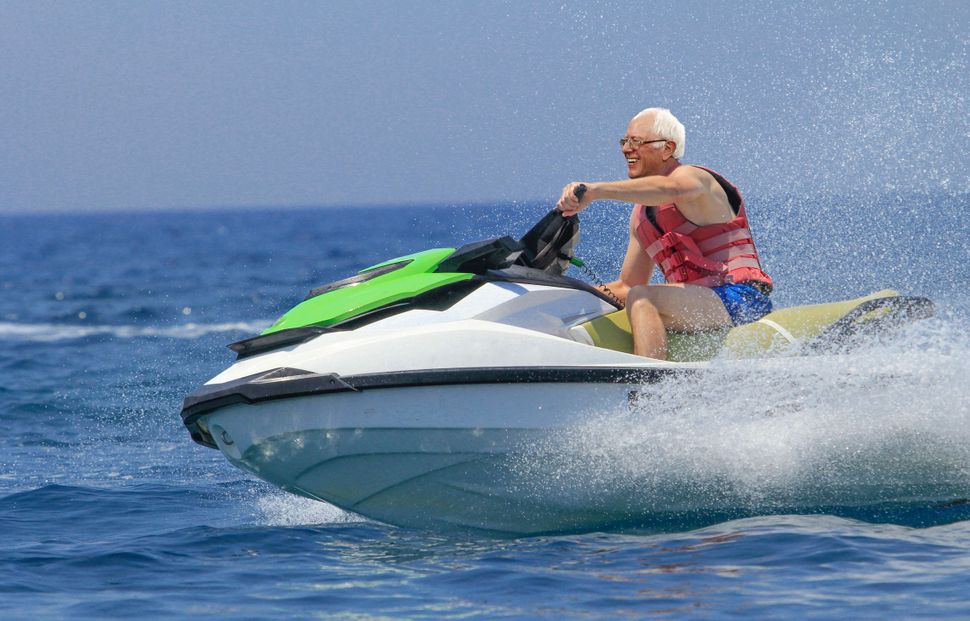 After the general election, senator Bernie Sanders was asked to reach out to America. So he undertook a national tour — on jet skis.

At a crowded waterside meeting with reporters he was voluble in his defense of the economic policies he touted during his candidacy for the Democratic nomination and vituperative in his condemnation of the current president and his team. In a statement to the Washington Post before the press conference he said,

I was surprised but not shocked that Trump won. The Democratic Party has moved away from its roots in the working people of this nation and a real economic plan. We need a 50 state solution and Chuck Schumer has entrusted me with the chair of the outreach effort — it’s a padded waterproof chair straddling a supercharged four cylinders that gets to 65mph in five seconds.

When questioned by a New York Times reporter — whose mainstream Gucci shoes were covered in good honest American mud — about the optics of investing in a gas-guzzling $15,000 Japanese two-person vehicle, affordable mainly by the 1% he professes to despise and with a negligible ethnic ridership, Sanders responded that “Water sports are the New New Deal that America has been waiting for. It’s not a red state or a blue state thing, it’s not about gender or race, everyone can agree on a sweet-riding Kawasaki.”

A Wall Street Journal reporter yelled after him that the red states were all landlocked, but he’d gone, spraying down the Monongahela River with the wind in his thin grey hair and Amy Goodman strapped to his back.

Ian Fist is the autocratic editor of the Backward. Contact him at your peril.