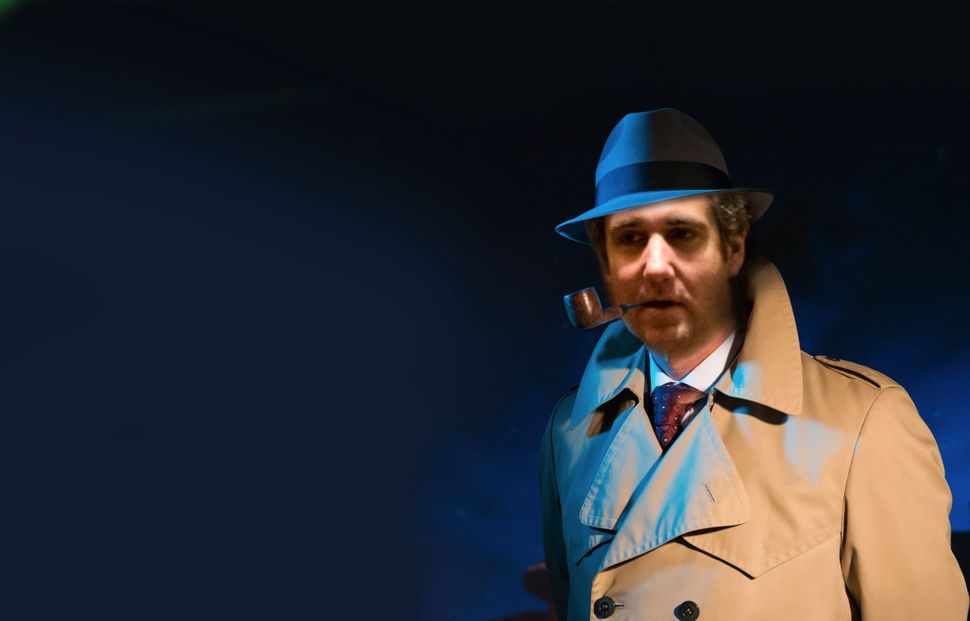 Among the many luminaries of the Trump administration, one person has emerged as a globetrotting man of mystery, carrying out top-secret diplomatic missions for his boss – Michael Cohen, formerly Trump’s personal lawyer and now consigliere-without-portfolio to the White House.

The Backward has obtained fragmentary transcripts of Cohen’s delicate missions, opening a window onto his inimitable diplomatic style.
•

[A luxury apartment in Kiev, Ukraine, decorated in the sleek, modern style of an oligarch. Cohen sits opposite his counterpart, known only as Mr. S.]

MR. S: You understand, Mr. Cohen, that for reasons of anonymity, I prefer that you call me Mr. S.

COHEN: What kind of a name is Mr. S? Is that Ukrainian?

MR. S: I just explained to you – I cannot give you my real name.

MR. S: Would you like anything in your tea? Milk? Lemon?

MR. S: You want milk and lemon together?

[Servant pours the tea. Pours in milk. Squeezes in a lemon — milk curdles.]

[Cohen drinks the tea, spits out.]

[A public park in Odessa. Cohen sits on a bench. A man in a trench coat sits at the other side of the bench. He surreptitiously slides a sealed envelope across the bench to Cohen.]

TRENCH COAT (quietly): These are top-secret documents for your client. The future of Europe, maybe even the world may depend on –

[Cohen nods. He starts to tear open the envelope.]

TRENCH COAT: What are you doing?! Those are top secret!

COHEN: What? I’m not gonna tell anyone.

[He starts to read, squints at a word. He flags down a passer-by.]

[JFK Airport, baggage claim. Anderson Cooper is there with a camera crew.]

COOPER: Mr. Cohen what were you doing in the Ukraine? Was this a mission for the president?

COHEN: I wasn’t in Ukraine.

COOPER: Yes you were.

COOPER: You just got off a plane from the Ukraine and you’ve been Instagramming your entire trip.

COOPER: What’s that in your hand?

COHEN: I’m not telling you about this Top Secret Peace Plan because it’s none of your business. And if you print that I’ll sue you.