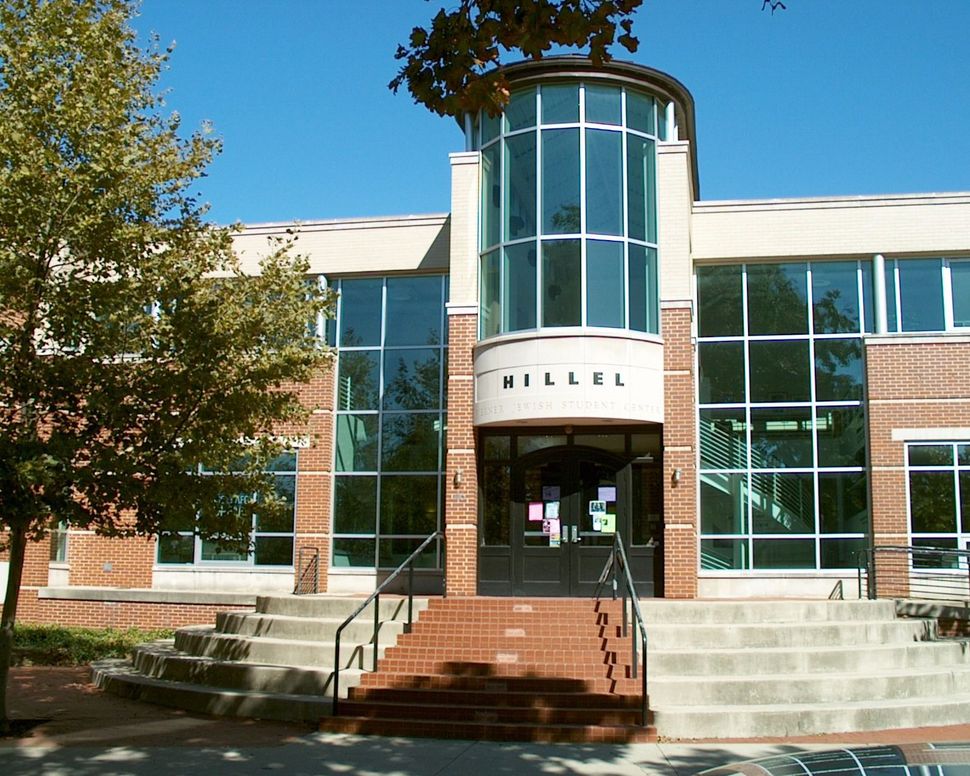 Following its decision to co-sponsor a fundraiser for queer refugees with Jewish Voice for Peace, Ohio State University’s gay Jewish group has been stripped of its organizational status and funding by the campus Hillel.

“Hillel made us choose between the LGBTQ community and the Jewish community, but we can’t choose. I’m always going to be queer and Jewish. I just wish I could be queer and Jewish inside Hillel,” an unidentified student said in a press release from the group, B’nai Keshet, and Open Hillel, an organization that works to broaden campus discourse on Israel.

At issue were guidelines from Hillel International, the parent group of campus Hillels, which forbids Hillel-affiliated groups from hosting events with organizations that back the boycotts, divestment and sanctions movement. JVP, which describes itself as “part of the global movement for justice in Palestine,” has endorsed the movement.

The campus event was put together by more than a dozen student groups, and was planned under the aegis of the Columbus chapter of Stonewall, an international charity devoted to advancing the interests of queer people.

OSU Hillel wrote in a statement that its officials offered to help B’nai Keshet organize a separate event to aid refugees, but that such efforts had been rebuffed. “In keeping with the mission and values of Ohio State Hillel and Hillel International, our affiliation with B’nai Keshet (formally Jewish Queers & Allies) has unfortunately ended, as B’nai Keshet has chosen to act outside of our programming guidelines,” the statement read.

It added, “OSU Hillel is committed to engaging programming for the LGBTQ Jewish community and is actively exploring new ways to engage our active LGBTQ community members.”

Elaine Cleary, the vice president of B’nai Keshet, pushed back on the idea of holding a separate event, which she said Hillel officials had not approached her about. “If we cannot organize with the rest of the LGBTQ community, and if we are not acting on our Jewish values by supporting refugees, then we are neither a queer nor a Jewish organization,” she said in a statement.