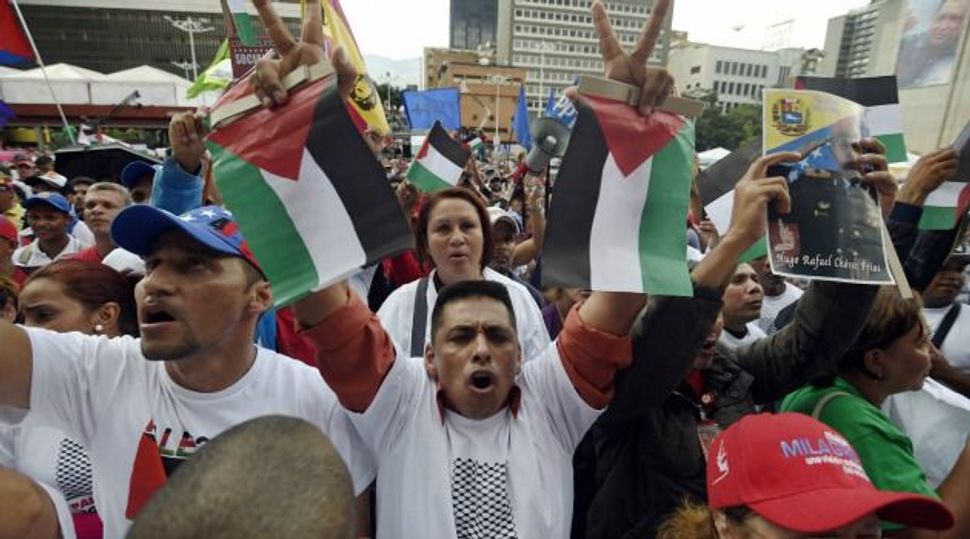 “We suggested to start with a period of courtship, which means a beginning through consular relations, so that later it will become a marriage, which would be Israel’s own embassy again in Venezuela, as we have always had here,” Venezuela’s Sephardic chief rabbi, Isaac Cohen, told AJN News website.

Foreign Minister Delcy Rodriguez spoke of the country’s commitment to re-establish ties during a meeting last Friday with several Jewish leaders, including Cohen and Elias Farache, president of the Confederation of Israelite Associations of Venezuela, the umbrella Jewish organization.

Cohen said that he has been in touch with the Israeli Foreign Ministry.

“I am an Orthodox and Zionist rabbi, and for me it is Jewish pride to have the flag of the State of Israel hoisted here in Venezuela, as in any country where there is a Jewish community. That gives us peace and tranquility, it’s fundamental,” the rabbi said.

Last month, President Nicolas Maduro welcomed a Jewish delegation including Cohen and Farache at the governmental palace to strengthen cooperation that over the years has faced roadblocks.

“A good day of dialog for peace. Boosting the co-existence and the dialog of civilizations, of religions to consolidate our nation,” the far-leftist leader tweeted after the meeting.

One week before, the United States barred Venezuela’s vice president, Tareck El Aissami, from entering the U.S., accusing him of playing a major role in international drug trafficking. El Aissami also has been accused of anti-Semitism and ties to Iran and the terrorist group Hezbollah.

Venezuela is home to some 9,000 Jews, down from about 25,000 in 1999. Many Jews left, mainly for Florida and Israel, due to a deteriorating financial and social climate, along with a growing anti-Semitic environment established under the Chavez and Maduro regimes.

“We live in tranquility. Our community has received as never before — and I have been here for 40 years — the authorization we need for Passover in record time: 48 hours,” Cohen said. “Today I believe they are unloading kosher products from customs for all our institutions and members of the community.”