How Did IfNotNow Protestors Make It Into AIPAC Conference? 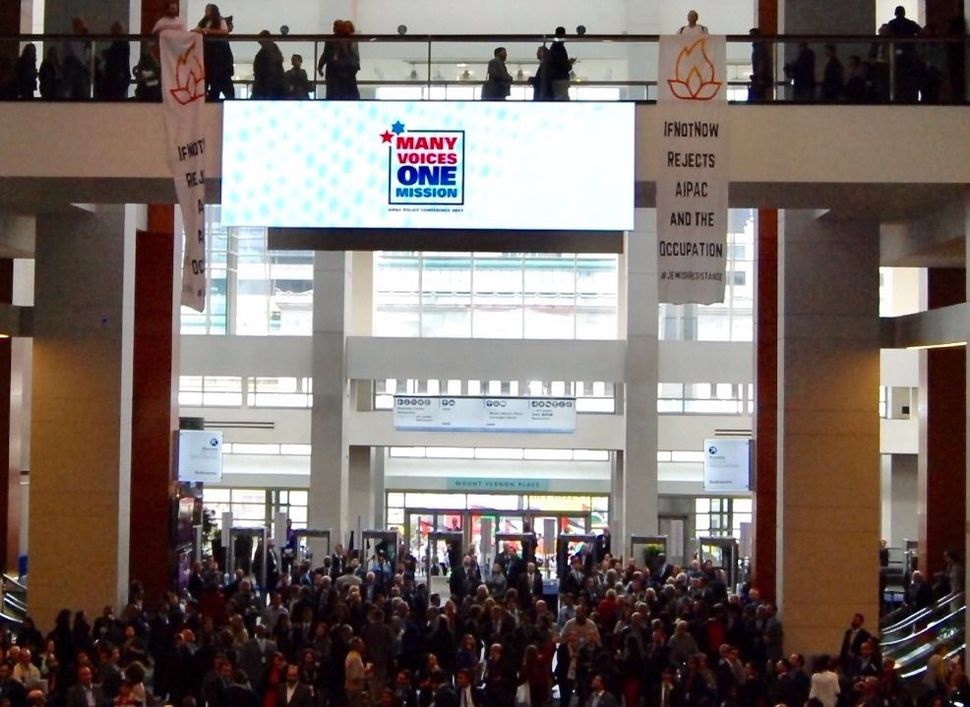 The plan to enter AIPAC’s policy conference was hatched months in advance. A dozen IfNotNow activists registered to participate in the conference, with a clear intent of staging a distraction that would draw attention to their protest against the pro-Israel lobby.

Of the dozen, only four got approved. The rest did not pas AIPAC’s screening, presumably based on social media posts, and were turned down without any explanation. IfNotNow raised funds to cover the nearly $600 tickets the remaining four purchased in order to attend the conference.

“We had a message to send – to ask the people there, ‘Whose side are you on?’” said Becca Bloch, one of the protestors who dropped banners from the convention center’s third floor reading “Reject AIPAC and the occupation” while reciting aphorisms from Rabbi Hillel. 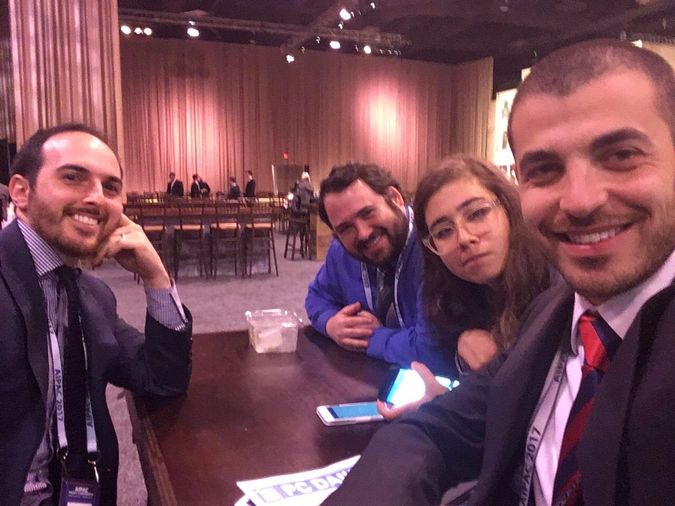 Before launching their protest, members of the group roamed the halls, took a selfie in the conference cafeteria and stepped into breakout sessions.

Bloch, a 26-years old Stanford graduate student, said that while the protest plan panned out well, the reaction it received from AIPAC delegates was disappointing. “To hear thousands of Jews boo us, people I grew up with, people I know from synagogue, was scary and disheartening,” she told the Forward.

Once noticed, security guards and police officers rushed to the protesters and removed them from the building, to loud heckling from AIPAC delegates.

“People had their phones in one hand and the middle finger up in the other hand” described Noah Westreich, another protestor, the reaction he was met with when being escorted by police outside the conference center. “That’s the type of divide we wanted to expose,” said Westreich, 24, who works at a DC Reform synagogue and will start rabbinical school this summer. “In that sense, we were very effective.”

How Did IfNotNow Protestors Make It Into AIPAC Conference?