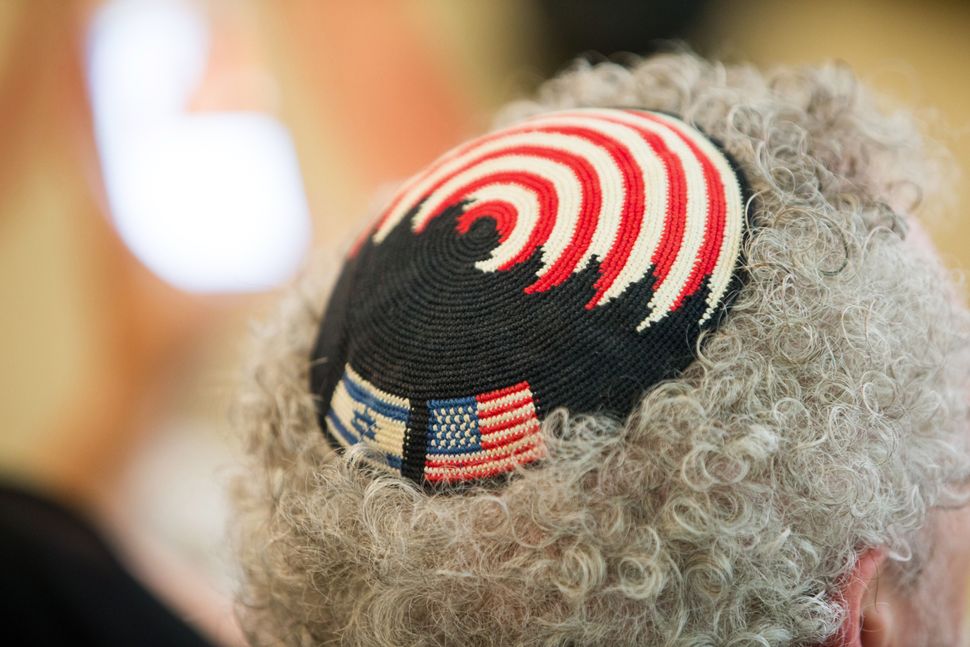 A yarmulke with the Israeli and American flags. Image by flickr 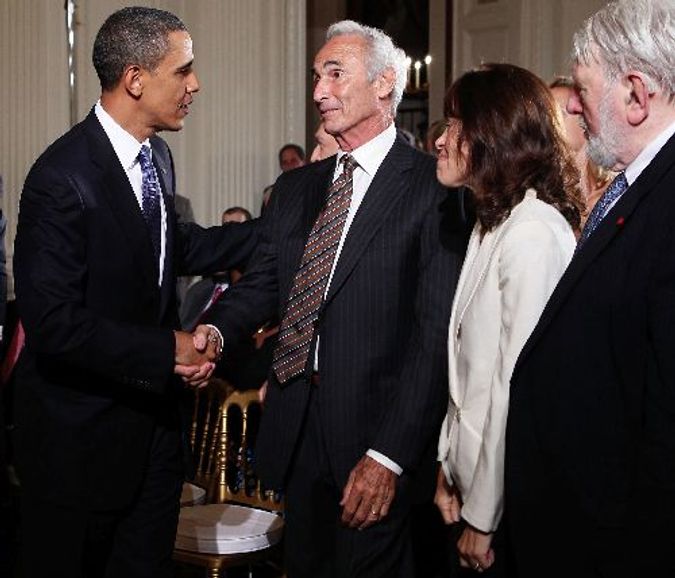 (JTA) — Only one religious group in the U.S. has a federally proclaimed month celebrating their history: the Jews. In 2006, President George W. Bush officially declared May as Jewish American Heritage Month.

Yet Jewish American Heritage Month, or JAHM, hardly seems a priority — not in the government, not in the media, not even within the Jewish community. There is not a single paid employee working to organize the commemoration, and neither the federal government nor any Jewish organizations or foundations are funding its operations. (By contrast, for example, the organization that coordinates Women’s History Month lists four staff members and 16 sponsors.)

“To tell you the truth, I’m very disappointed,” said Marcia Zerivitz, who was one of the driving forces behind lobbying Congress to establish the month. “We have struggled, we have been financially undercapitalized, we have struggled to get any money to do much of anything.”

The current annual budget for JAHM is about $10,000 and consists entirely of individual donations, according to Ivy Barsky, the director of the National Museum of American Jewish History and a member of the JAHM advisory committee.

“It’s its own tiny little 501C3, all with people who run their own institutions volunteering some time to work on JAHM,” Barsky told JTA. “So like any of these things, until it has a dedicated staff person, it’s always going to be a little patched together.”

Barsky hopes to change that. Her Philadelphia museum recently took over as JAHM’s public face and organizer from the American Jewish Archives. She hopes that with the museum’s support, the heritage month can raise its profile both within and outside the Jewish community.

“One of the original goals of Jewish American Heritage Month that we haven’t necessarily realized as well as we’d like is teaching the non-Jewish world in America about the contributions of American Jewry to this country,” Barsky said.

The museum is providing some financial and staff support, but Barsky hopes to obtain funding from corporations and foundations. Manischewitz has served as a sponsor, promoting JAHM on its products, and Empire Kosher Poultry provided funding, but the two kosher food producers are no longer doing so.

Educating the wider American public was the goal of Rep. Debbie Wasserman Schultz, who in 2005 introduced legislation in Congress to establish the month with the late Sen. Arlen Specter, a Pennsylvania Republican at the time (he later switched parties) and also Jewish.

“If you educated and raised awareness about contributions throughout American history all over the country, it would make people more familiar with the Jewish community and our people and hopefully impact a reduction of anti-Semitism and intolerance,” Wasserman Schultz told JTA about the inspiration for the legislation.

She managed to get 250 Democrats and Republicans to sign on as co-sponsors for the bill, which the House passed unanimously. Zerivitz had lobbied for the month to be in January, to coincide with Florida Jewish History Month, but it was changed to May to concur with Jewish Heritage Week, which President Jimmy Carter proclaimed in 1980.

Following the resolution’s passage in the Senate, George W. Bush proclaimed the month. It was observed for the first time in 2006.

Wasserman Schultz, who resigned as head of the Democratic National Committee last year following an email leak that suggested the organization was biased against presidential candidate Bernie Sanders, recalled the joy she felt upon the heritage month’s proclamation.

“It was exhilarating. It was the first legislation that I passed as a member of Congress, and I’m the first Jewish woman to represent Florida in Congress, so it was very significant for me personally,” she said, citing experiences with anti-Semitism both in New York, where she grew up, and in Florida.

But has the legislation lived up to its expectations?

While calling the month “still a work in progress,” Wasserman Schultz said she is “very satisfied with how it’s been celebrated.”

However, Jonathan Sarna, a professor of American Jewish history at Brandeis University, disagrees. At the time of the proclamation, “there was considerable excitement,” but JAHM has yet to live up to its potential, he said.

“So much money is spent on Jewish education in the United States that the fact that we have not been able to harness this golden opportunity given to us by the government, and really develop a month that would affect every American Jew, is a sign of the disorganization that we’ve seen — ultimately it’s a sign of a problem,” Sarna told JTA.

JAHM’s website lists 17 events this month, most of them hosted by local groups, including a poetry reading organized by a social justice group in Connecticut and an event about Jews and jazz at a Florida library. The Library of Congress, Hebrew Union College-Jewish Institute of Religion and the Jewish Community Relations Council of San Francisco are each hosting one event, and the National Museum of Jewish History is hosting two events.

To be sure, JAHM celebrations have had some highlights over the years.

In 2010, President Barack Obama hosted the first Jewish American Heritage Month reception at the White House with such Jewish luminaries as Sandy Koufax and musician Regina Spektor, but the program was cut in 2013 due to the budget sequester. Also in 2010, Jewish-American astronaut Garret Reisman brought the original proclamation with him aboard the Atlantis space shuttle.

Jewish groups, however, have been hesitant to commit money to the commemoration.

“I would think that all these national [Jewish] organizations would get behind it, but everyone is struggling for funding,” said Zerivitz, who is on the JAHM board.

“We hope we’ll be able to fundraise and get some great attention for Jewish American Heritage Month, so that this can grow into something a little more akin to Women’s History Month in March or African-American History Month in February,” she said. “We’ve definitely got a vision for making it pretty big.”

“This is a lot easier than making peace in the Middle East, believe me,” he said.