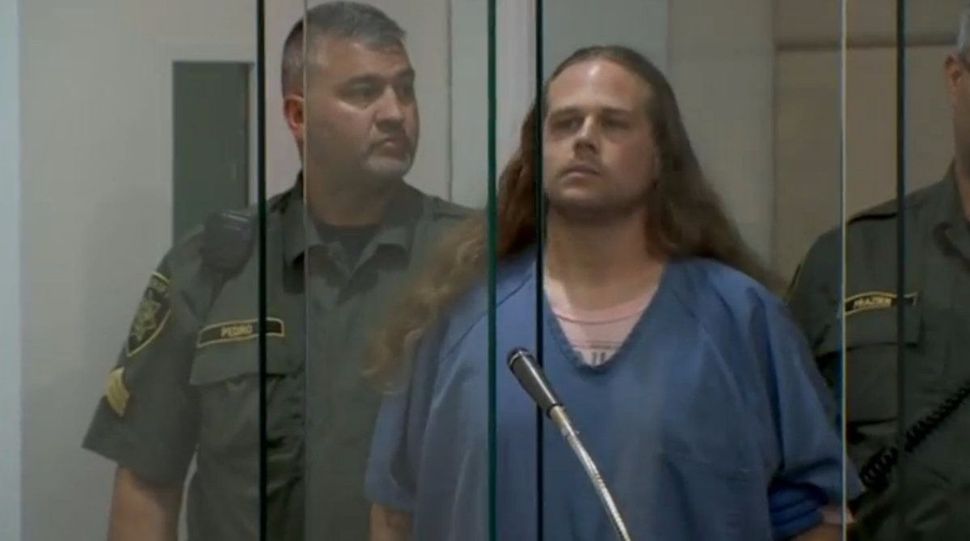 The Portland man accused of aggravated murder in two brutal knife slayings last week called himself a Viking who worshipped Odin. He supported Bernie Sanders before rallying around Trump and vowed to kill supporters of Hillary Clinton. He wanted to wipe away the corrupt American society he saw around himself, but believed he was a staunch patriot. He hated religions and wanted to see Jews go to “the ovens” — and send Christians and Muslims along, too.

Jeremy Christian, 35, is an ideologically complex character who doesn’t fit neatly into one extremist box.

“He is a flurry of anger,” said Shane Burley, author of the forthcoming book “Fascism Today.” “He holds some beliefs that appear to be in opposition to each other” which are not clearly “right or left.” 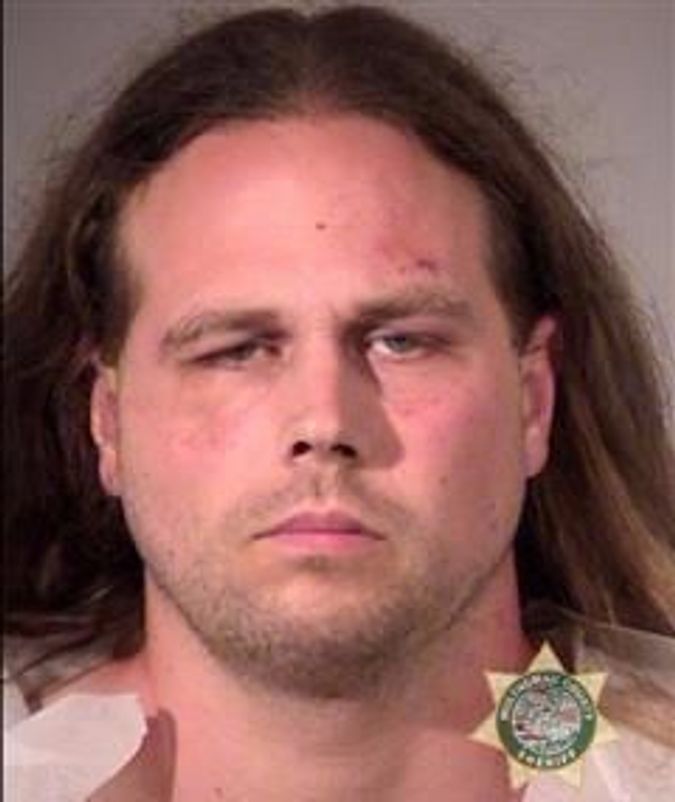 Christian was arrested early Saturday and charged with murder, attempted murder and a hate crime in connection with the slayings Friday on the Metropolitan Area Express Light Rail. Prosecutors charge that he fatally slit the throats of 53-year-old Ricky John Best and Taliesin Myrddin Namkai Meche, 23, after they stepped in to defend two women Christian was harassing, one of whom was wearing a hijab. In court on Tuesday he was defiant, yelling as he entered the room. “Get out if you don’t like free speech,” he said. “You call it terrorism, I call it patriotism. You hear me? Die.”

Christian was known in far right-wing circles before the killings. In April, Christian was filmed and photographed doing a Nazi salute at an alt-right “free speech” rally in Portland. In the video, he shouted “Die Muslims!”

Christian’s Facebook page reveals an angry and confusing ideology, which researchers and police are sifting through for clues to the man’s motives. A recent article in the Oregonian detailed many of his most explosive posts, which are still online as of Wednesday.

“If Donald Trump is the Next Hitler then I am joining his SS to put an end to Monotheist Question,” Christian wrote in January, a reference to the “Jewish Question,” a much older term used by the “alt-right.”

He went on: “All Zionist Jews, All Christians who do not follow Christ’s teaching of Love, Charity, and Forgiveness And All Jihadi Muslims are going to Madagascar or the Ovens/FEMA Camps!!!”

His mention to “FEMA camps” evokes a popular right-wing conspiracy theory that the Federal Emergency Management Agency is secretly building concentration camps in America. It is a conspiracy theory championed by people like radio host Alex Jones.

Christian’s hatred of religious groups may have something to do with how he saw himself — as a Viking who worshipped “Pagan Gods and Goddesses.”

In a characteristic post he wrote: “Just to clarify a few things: ‘I Hereby Solemnly swear to Die trying to Kill Hillary (Herself a filthy Murderess) Clinton and Donald Trump should they be elected to the post of President … This I swear to Odin, Kali, Bastet and all other Pagan Gods and Goddesses in my Aryan Theosophical Nucleus. This is my duty as a Viking and Patriot.”

Identification with Vikings is popular among some white nationalists, who see Vikings as representing a pure (and pre-Christian) European people.

“So, its like this. If you support Israel for Zionist homeland for Jews then you should also support Cascadia as a White homeland for whites only racists, Alabama and Mississippi for Nation of Islam and racist Black Power groups and give back at least so cal to Mexicans for all the illegal Latinos and any Brown racist peeps,” he wrote. “Their can be a central area ran by feds were all the normal people who don’t really care about race and gay marriage is legal. Problem solved.”

Cascadia is a region in the Pacific Northwest that includes Washington, Oregon and parts of Canada. 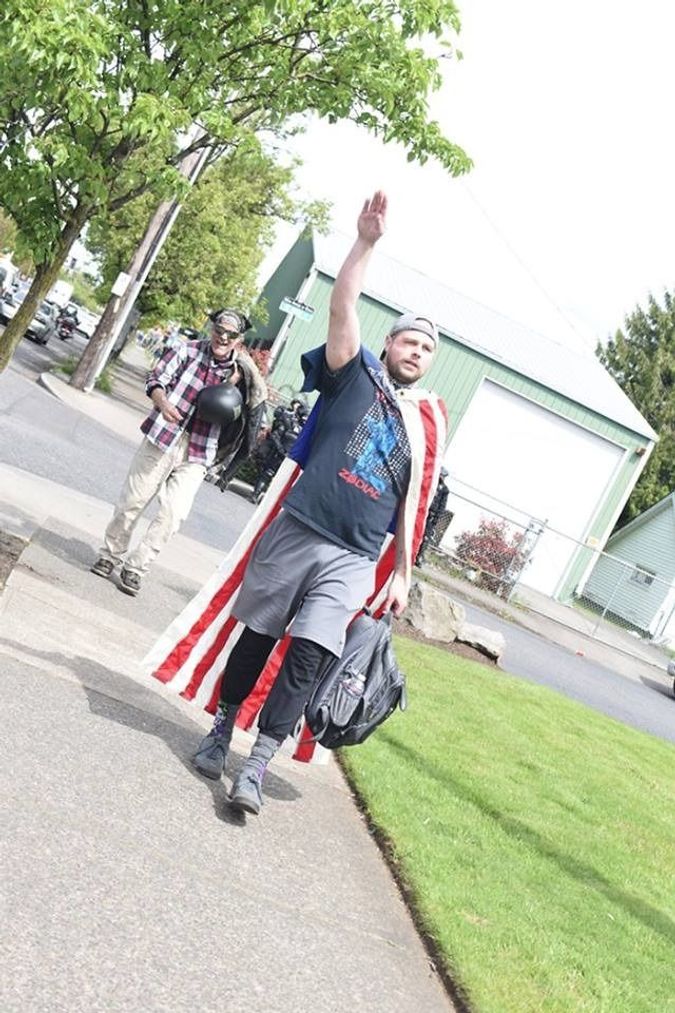 In addition to speaking against Muslims and Jews, he also revealed himself to be an anti-circumcision crusader.

“I want a job in Norway cutting off the heads of people that Circumcize [sic] Babies….Like if you agree!!!” Christian wroteon May 9. “If you support the cutting of babies genitals in sick tribal rituals in America get off my page,” he wrote in another post. “Stop the WAR on babies’ Foreskins!!!” says another.

He also wrote that he wanted Sanders as president. “Bernie Sanders was the President I wanted,” wrote Christian in December. “He voiced my heart and mind… The Trump is who America needs now that Bernie got ripped off.”

But his Trump support was not completely solid either. “I’ve had it!!! I gonna kill everybody who voted for Trump or Hillary!!!” he wrote in a January post. “Reveal yourselves immediately and face your DOOM!!!”

“Jeremy Christian is an example of how people do not always fit neatly into ideological slots,” wrote Anti-Defamation League researcher Mark Pitcavage in a message to the Forward. “He clearly does have a lot of hate in him, though.”