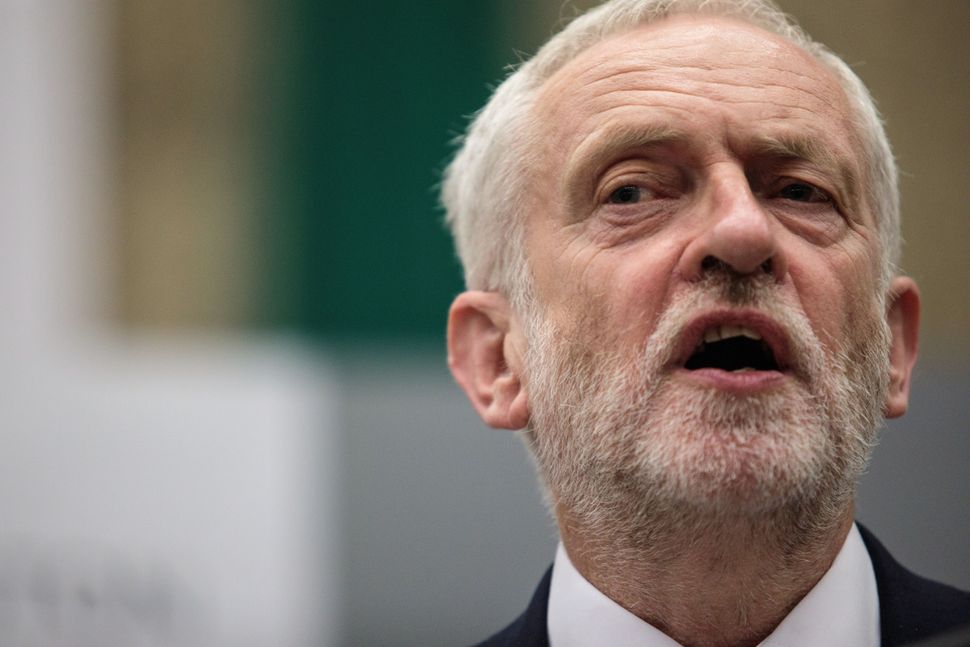 “I am actually, literally endorsing him,” wrote Andrew Anglin, publisher of the Daily Stormer wrote on June 7. Anglin even update the banner on his website to include an image of Corbyn’s face, looking sternly over the London skyline.

One of the main reasons for this endorsement, Anglin goes on, is because he believes Corbyn “is genuinely against Israel.”

The seemingly unlikely endorsement was as much an attack on Corbyn’s opponent Theresa May, who in the same post Anling called “anti Russia, pro-Israel, pro-Saudi, pro-international trade” and “female.” Corbyn, on the other hand? “Anti-Israel, anti-Saudi, anti-International trade” and, obviously, “male.” 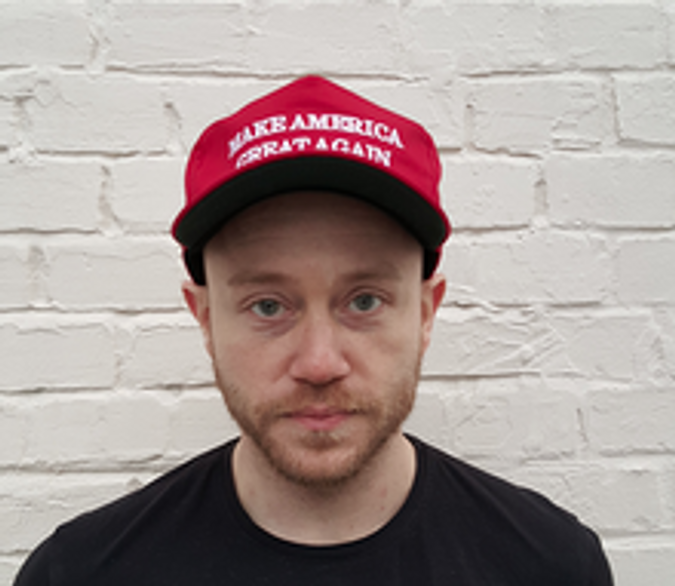 But the main issue for Anglin is — what else? — the Jews.

“The Jews have been freaking out about this guy forever,” Anglin wrote, suggesting this was reason enough to rally behind Corbyn. “They really, really hate him.”

The Southern Poverty Law Center calls Anglin’s Daily Stormer the country’s “top hate site.” And while Anglin fashions himself as something of a Nazi comic — writing with a very Internet-friendly snark — researchers who follow extremist groups take him seriously.

Anglin is perhaps best known for launching “troll storms” online against people he views as his foes. He is currently being sued by the SPLC for allegedly leading one such campaign against a Jewish real estate agent in Montana. He’s raised more than $150,000 on a crowdfunding website for his legal defense.

And he also holds some political influence — at least among the “alt-right” and neo-Nazis who frequent his website. And this is not the first time Anglin has propped up political candidates he viewed as friends to his brand of white supremacy.

Indeed, Anglin was an early booster of then-candidate Donald Trump, who became an icon for the “alt-right” and other white nationalists or supremacists.

“I urge all readers of this site to do whatever they can to make Donald Trump President,” wrote Anglin in 2015. Trump as “the only candidate who is even talking about anything at all that matters.”

And later, Anglin also supported National Front leader Marine Le Pen — though with a touch of nihlism, writing “everyone needs to vote for Le Pen just to show the world that you don’t have any options.”

But Anglin is a fickle political ally. He loses faith with his chosen candidates once he perceives they are not onboard with his extreme ideology.

With Trump, for example, Anglin has become convinced that he is “under the control of the Jews” after a number of flip-fops from the new administration on issues like the bombing of Syria.

Indeed, it seems he mostly sees leaders like Le Pen, Trump and Corbyn as people who may not be true ideological allies but can still further his neo-Nazi goals. “I am 100% certain that Marine Le Pen will accomplish absolutely nothing if she is elected. But if she isn’t elected, the people will continue to believe in democracy.”

“The most important thing for our movement right now is that people stop believing in democracy,” he wrote of Le Pen.

With Corbyn, too, what attracts Anglin is what he sees as the chaotic potential of his leadership. “There is a very real chance Corbyn is actually, literally nuts,” Anglin wrote. “And that is very good for us.”