This Week In Chicago: Gay Pride On The March! 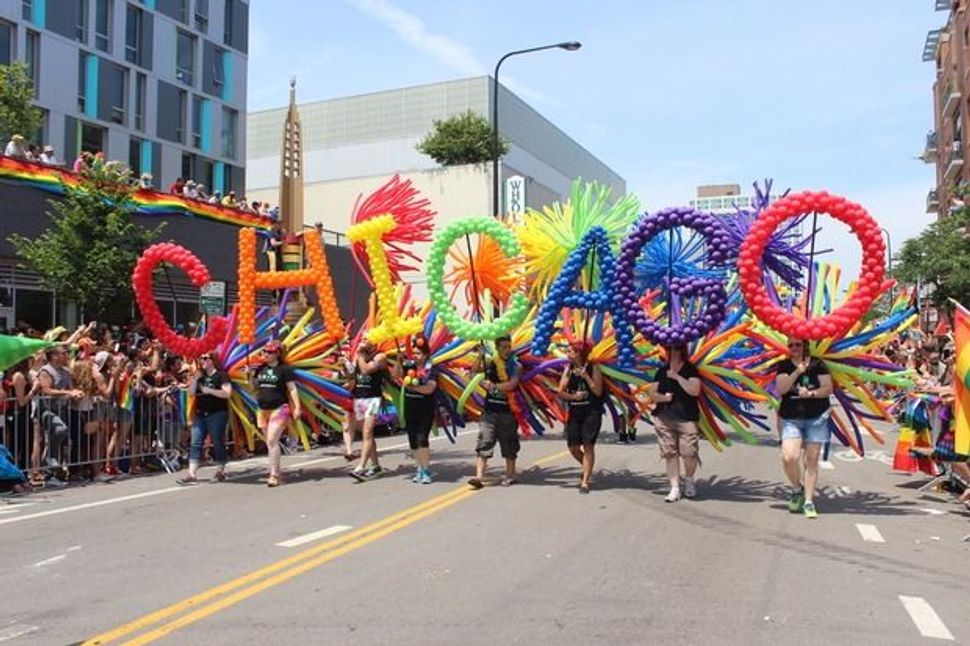 It’s Pride Weekend in America, and Chicago is no exception. Festivities begin Thursday night and continue through Sunday; a list of official Chicago Pride events appears here, though there are many, many more elsewhere. The parade kicks off Sunday at noon from the intersection of Montrose, Broadway and Halsted in Uptown and continues to Diversey and Sheridan in Lincoln Park. Among the marchers will be representatives of the Israeli consulate, the Chicago chapter of the Anti-Defamation League and several Reform, Conservative, and Reconstructionist synagogues.

The Tel Aviv-based band Lola Marsh will make its first visit to Chicago next Thursday, June 29, for a gig at Schuba’s Tavern in Lakeview as part of Israel in Chicago’s ongoing Israel Music Series. Led by vocalist Yael Shoshana Cohen and multi-instrumentalist Gil Landau, the group recently released its first full-length album, “Remember Roses,” a collection of dreamy indie-pop tunes that make a good soundtrack for a summer night.

This Week In Chicago: Gay Pride On The March!