Did Rob Goldstone Give A Screaming Clue He Was Link In Trump Russia Scandal? 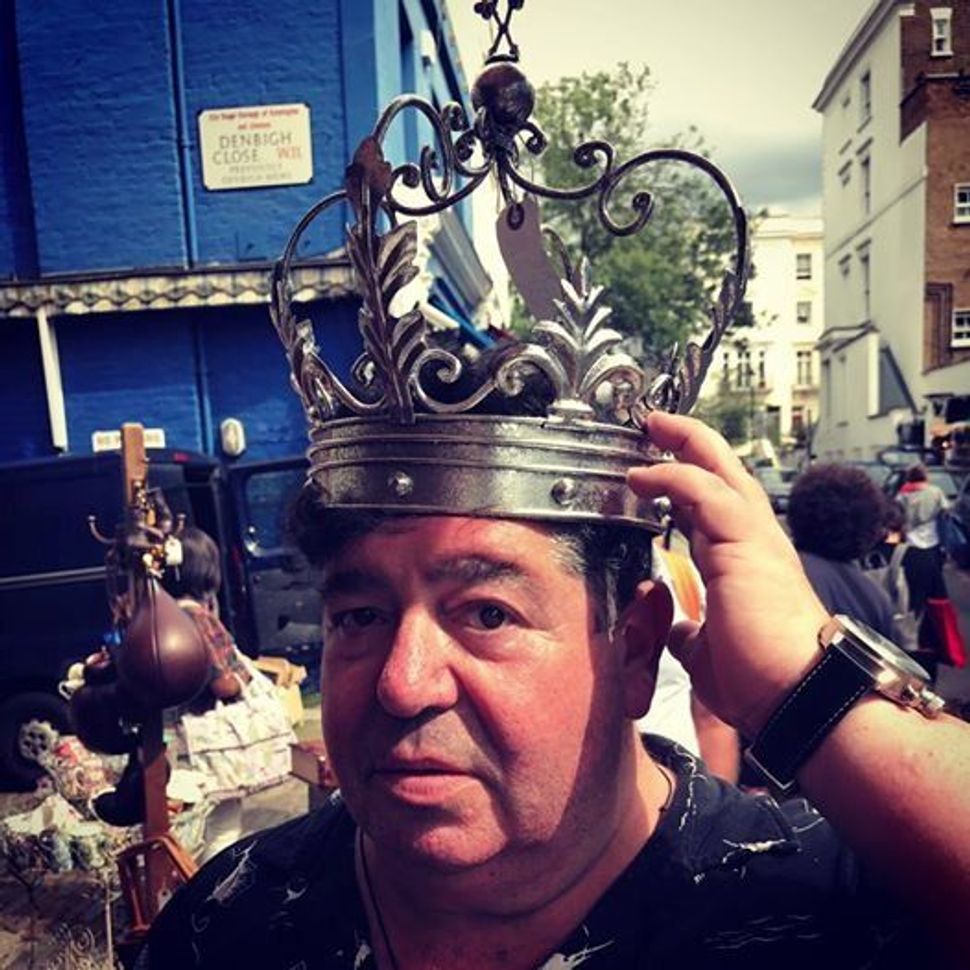 If you follow Rob Goldstone’s colorful social media accounts — he posts multiple times a day, often wearing playful hats — you might not have been surprised that the music impressario popped up in the middle of the scandal over Russian election meddling.

On the day after his friend Donald Trump won the White House, Goldstone posted a celebratory photo of himself wearing an unusual accessory: a shirt emblazoned with the word “Russia.” 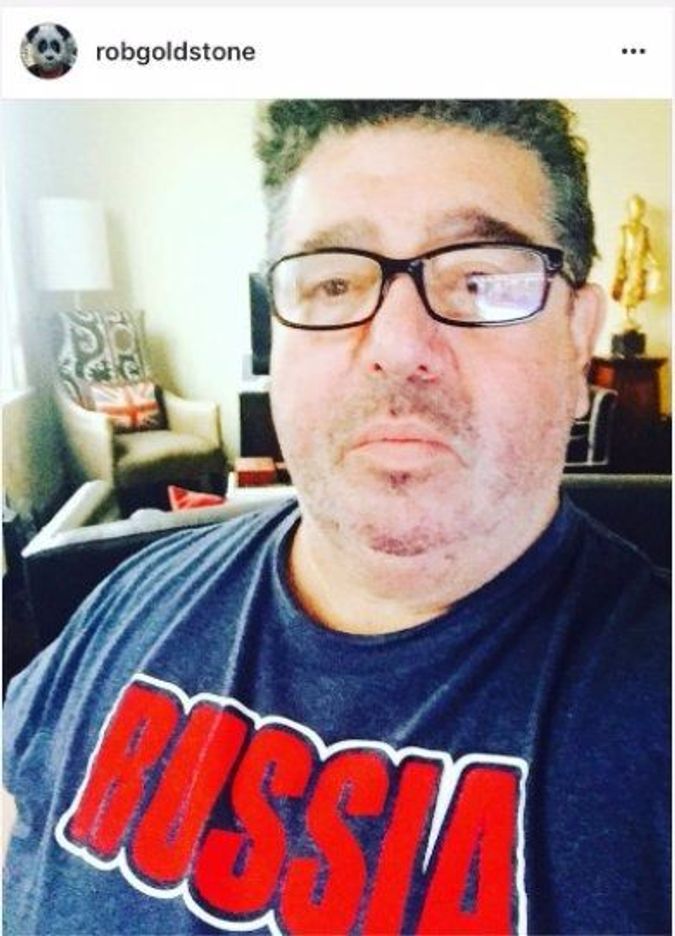 Goldstone, a former tabloid journalist and the president of a marketing company called Oui 2 Entertainment, worked with President Trump and his son Donald Trump Jr. on the 2013 Miss Universe pageant in Moscow.

He also represents a pop star and real estate scion in Russia named Emin Agalarov. Trump has done business with the Agalarov family and even appeared in a music video alongside Agalarov.

Trump, an owner of the Miss Universe pageant in 2013, selected the Agalarovs to host the competition in Moscow. Goldstone posted multiple photos of himself in Moscow during the pageant, including one of him sitting next to Agalarov and Trump. The Miss Universe pageant has been the subject of intrigue for months, particularly because of the federal investigation into the Kremlin’s meddling in the presidential election.

In June of last year, Goldstone reportedly arranged a meeting between Donald Trump Jr. on behalf of Agalarov. The meeting was also attended by Natalia Veselnitskaya, a lawyer with connections to the Kremlin. Goldstone told The Washington Post that the meeting was supposed to be about Veselnitskaya’s efforts to reverse U.S. sanctions that resulted in a Russian ban on American adoptions in the country.

“It was like: ‘Can you keep an eye on it? Should [Trump] be in power, maybe that’s a conversation that he may have in the future?’” Goldstone told the paper of the meeting.

On Tuesday night, the scandal expanded dramatically when The New York Times reported that Goldstone told Donald Trump Jr. that the meeting was part of a Kremlin effort to help his dad win the White House.

Goldstone, who is vacationing in Greece, grew up in Manchester, England, and attended Jewish day schools there. He once worked as a sports reporter for the now-defunct Jewish Gazette newspaper.

On his Instagram (now private), Goldstone posted photos of himself, Agalarov and Trump — as well as his celebratory photo in which he is wearing the Russia shirt.

And on Facebook, Goldstone often exhibits his affinity for flamboyant hats and his globe-trotting lifestyle.

It was on Facebook that he checked in at Trump Tower on June 9 of last year with the caption “preparing for a meeting.”

The New York Times reported Sunday that the meeting — which was attended by Trump’s then-campaign chair, Paul Manafort, and his now-White House senior adviser, Jared Kushner — was arranged on the premise that Veselnitskaya would provide damaging information on Hillary Clinton.

Donald Trump Jr. said in a Monday morning tweet that he “had to listen” to the Russian lawyer.

“Obviously I’m the first person on a campaign to ever take a meeting to hear info about an opponent,” he tweeted. “Went nowhere but had to listen.”

Goldstone said that he is “not defined” by Judaism.

“My mum was from a religious family, my dad less so,” Goldstone told the Telegraph. “I like the traditions and spirituality of my religion, but I am not defined by it.”

Year later, Goldstone started working for a press service covering entertainment — and gradually made the transition to public relations. He founded a joint company that represented such people as B.B. King, Cyndi Lauper and James Taylor, according to the Telegraph. In 1997, Goldstone set up his own company. He is now based in New York.

Did Rob Goldstone Give A Screaming Clue He Was Link In Trump Russia Scandal?