What It’s Like To Collect Holocaust Artifacts For A Living 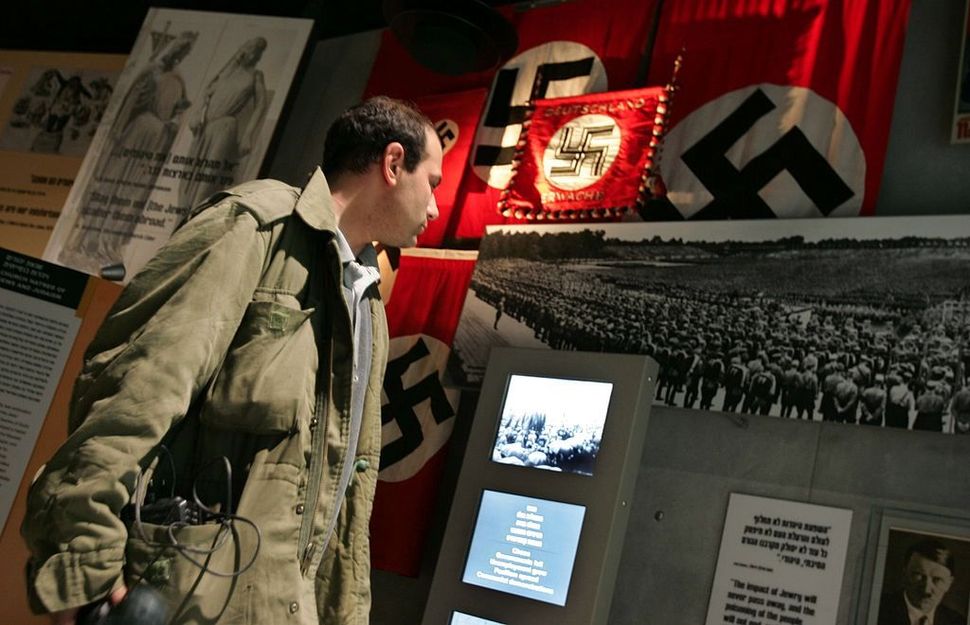 Susan Snyder has been a curator at the United States Holocaust Memorial Museum for the past 26 years. She travels the country, and sometimes Europe, meeting with people who have collections of Holocaust artifacts and memorabilia. Last week, she came to Chicago on a collecting trip and took a few minutes to explain to Forward contributor Aimee Levitt what the museum is looking for and what it does with the material it finds.

The museum started collecting before it was built. The first collections came in 1984, but they didn’t start building till 1988. In 1989, it put ads in major newspapers for people who had artifacts to contact the museum. There was an influx then. After we opened in 1993, we thought it would slow down, but it didn’t. The museum steadily gets between 300 and 400 collections a year. We catalog and put as much as possible online. We want to make everything available to scholars and researchers.

We have become the major repository for Holocaust historical material in this country and one of the major repositories in the world. We have curators in Poland, France and Germany; people who help out in Hungary, and other people who identify collections overseas. We’ve done surveys in European countries, in the former USSR and in Central and South American countries. We just signed new agreements with Romania for archival material that was unavailable during the Cold War.

The most important thing is, I’m using our own collections for research, which is fabulous. I feel fortunate to walk out into the reading room and do research there. We just opened a new research center in Maryland, the Shapell Center. It’s state of the art. A lot of research and scholarship are done out there. I was just there with an Irish Ph.D. student who was studying [displaced persons] camps. She was able to look at prewar films, textiles, Joint Distribution Committee-produced Judaica, a wedding dress a woman made from parachute that she got from bartering coffee and cigarettes, crafts.

It’s very important everything is accessible at a public facility. The museum has a database of a quarter of a million pages. Seventeen million people were persecuted under Nazism, both Jewish and non-Jewish. We’re not just trying to find victims but also to help people remember where they were. Postwar, records were taken from the camps to a central location so they wouldn’t be destroyed. In 2008, we were able to get a digital copy. The original lives in Germany.

Our goal is to be the best resource possible, to give people answers. If that means a denier walks in off of the street to use our facilities, we have no choice. We’re federally-funded.

For me, the best thing about our collection is that we only work with private collections. The people donating the collections are survivors or the friends and children of survivors. We encourage people to at least to talk to us, whether or not they’re willing to donate.

What It’s Like To Collect Holocaust Artifacts For A Living