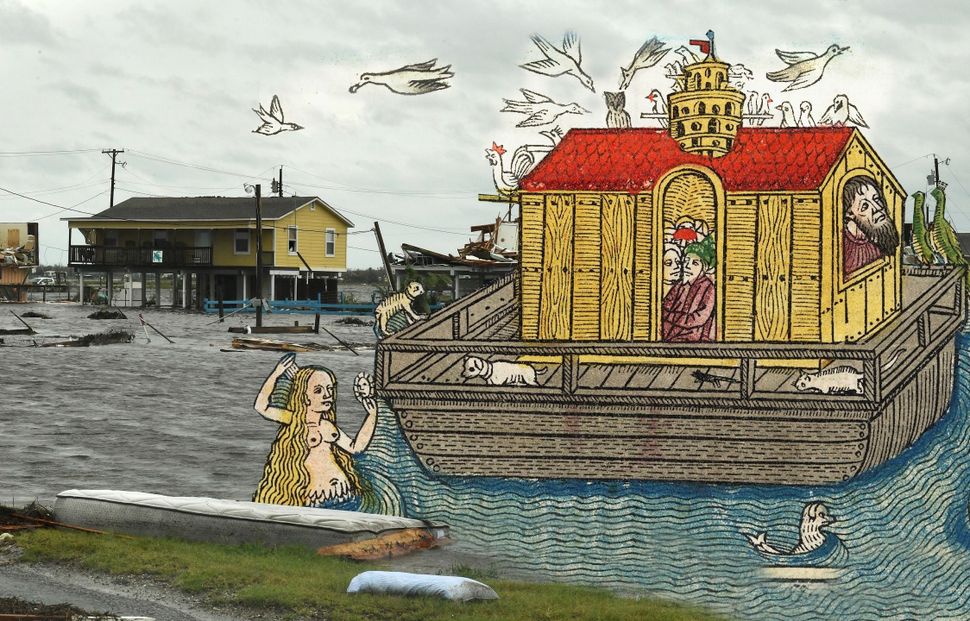 As the historic Hurricane Harvey lingered over Houston this week like the biblical flood, Jewish and evangelical leaders found common ground in a moment of national crisis as both beseeched God to intercede on their behalf — literally.

Two major Orthodox religious organizations called on followers to support the flood victims in Houston. They could dotate money — and more than $200,000 has been raised — but just as importantly, they could contribute prayers.

“As Jews, we believe in the power of tefilla (prayer),” rabbis from the Orthodox Union and the Rabbinical Council of America wrote in a joint statement, “we must also show those who are facing devastation in Houston that they have brethren from far and wide who care about them.”

May HaShem give you strength and may you be safe from harm…thinking of you and praying for you at this critical time. #chizukforhouston

In making the call for prayer, these Orthodox leaders joined a number of evangelical leaders who similarly implored God to halt the deadly storm or watch over those affected. Orthodox Jews are similar to white evangelical Protestants in their theology and prayer habits, according to the Pew Research Center.

Chelsen Vicari, an evangelical program director of the Institute on Religion and Democracy put out public prayer, calling on God to send the storm elsewhere.

“Divert this storm, Lord, back into the Gulf waters where it causes no harm, if it be your will,” Vicari wrote.

And Frank Amedia, an evangelical televangelist — who is also leading a group of “prayer warriors” in a campaign in support of Donald Trump — attempted to fend off Harvey with a prayer of his own.

“I call the intercessors and prayer warriors to declare and decree that the fury of this storm be dissipated,” Amedia said last week. “We declare that the apex be diverted, that the turbulent forces of the storm turn upon themselves and the four winds of heaven compress it, suppress and depress it!”

Join me and others praying against the force of this storm!! #hurricane #hurricaneharvey2017 #prayer pic.twitter.com/KMv4pkJcki

While the OU and the RCA encouraged visitors to pray, Jewish opinions on the efficacy of prayer vary. Some religious communities may believe that God has the power to literally intercede on their behalf, others liken prayer to meditation or a practice of mindfulness.

“Whether Jews believe prayer is efficacious depends on what they think of God,” said Lawrence A. Hoffman, professor of liturgy at Hebrew Union College. In Orthodox circles, God may be seen as a supernatural king that intervenes in our lives following prayer — and if God does not act, it is the result of sin or fault of the man or woman praying.

To others, God is “more inscrutable,” and may still be seen as answering prayers, but not always when or how humans understand. Other religious Jews might take a more mystical view, Hoffman said, arguing that through prayer, Jews channel or commune with God, and themselves bring this force into the world through their actions.

“It is a huge spectrum,” Hoffman said.