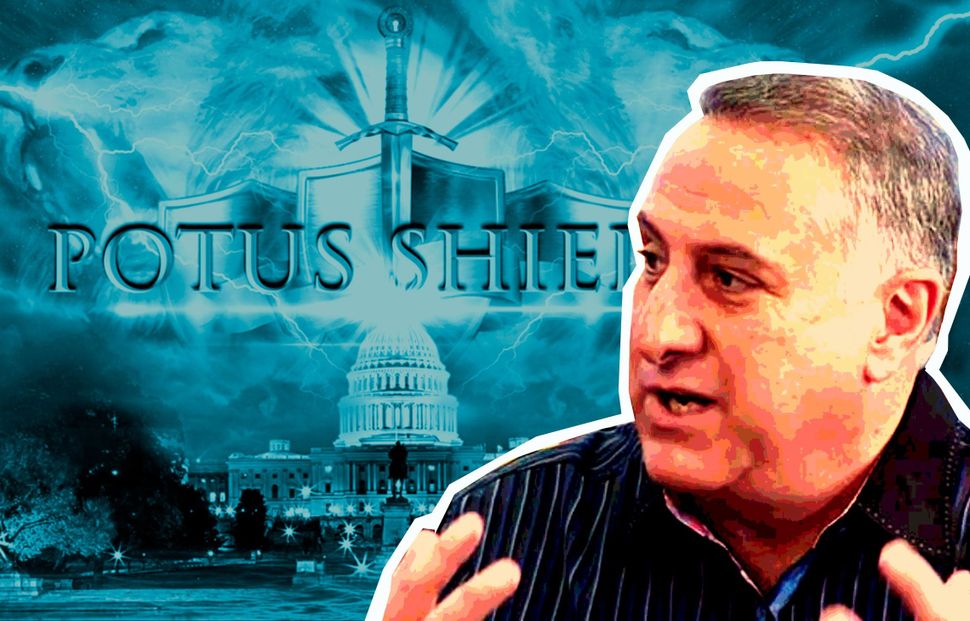 A televangelist who says his prayers stopped a tsunami and who believes Donald Trump was chosen by God is leading a mass prayer campaign in support of the president — as part of a months-long protective effort called POTUS Shield.

Frank Amedia, previously a “Christian policy liaison” for Trump’s campaign, and a self-proclaimed “prayer warrior,” launched a project with other “prophets” or “apostles” to create a protective “shield of prayer” around Trump’s presidency. He has been organizing group prayers and meetings to this end for the past six months.

“These bursts are always an exciting, powerful, behind the scenes opportunity to hear the heart behind POTUS Shield,” Amedia’s website reads, “and set the atmosphere in the region!”

POTUS Shield’s leaders view politics as spiritual warfare. The group, Right Wing Watch reported in a recent piece, is part of what religion scholars call “the fastest-growing form of Christianity in the U.S. and maybe the world” — a strain of evangelical Protestantism that emphasizes direct supernatural experience through “the gifts of the spirit.”

Another fact about Amedia that he proudly evokes?

He was once a Jew.

“I’m an Italian Jew, my parents came from an Italian heritage and a Jewish heritage,” Amedia said in an interview with a Christian television program last year.

His group, which is made up of around 20 council members, does not boast world-famous figures or household names, but their leader likes to talk about his ties to the president. Amedia claims to have told the president that he was put in power by God, as part of a sacred plan to build a strong Christian nation — which will in turn bring back Jesus Christ to reign over the world.

“Their theology is, Christ will only come back for a triumphant, dominion-taking church,” explained Peter Montgomery, author of the Right Wing Watch report. “They see their political activism as necessary to bring about Christ’s return.”

POTUS Shield has scheduled a series of nationwide gatherings between now and the 2018 midterm elections where they plan to rally support and spread their message. The group’s stated and concrete goals include ending legal abortion, prohibiting same-sex marriage and getting rid of federal judges whose rulings are not to their liking. Amedia and his wife also run Touch Heaven Ministries.

Like many other evangelicals, Amedia has a deep reverence for Israel, another country they view as sacred — the inaugural meeting of this prayer group even included shofar blowing, and Israeli flag waving. 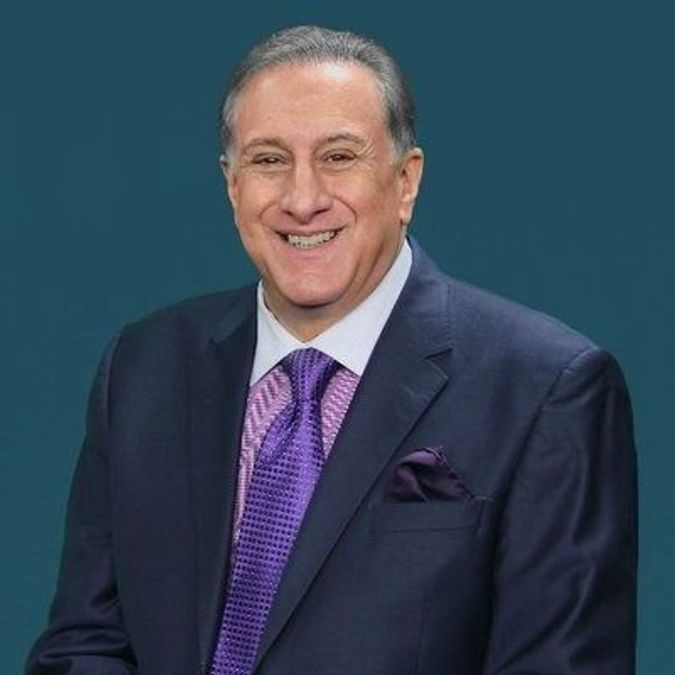 In the interview about his background, Amedia said he belonged to a Conservative synagogue but became frustrated with the faith. “I was interested in, how do we get back into relationship where he see God,” he said. Amedia moved to a farm, built an altar and began to “perform sacrifices to bring down the presence of God.”

He went through the rites of a Hebrew priest, he said, observing dietary restrictions and carefully washing his robes. 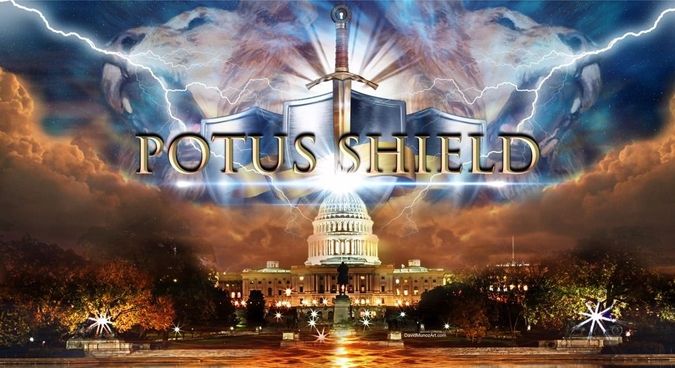 Promotional image for Frank Amedia’s “prayer shield” for the president.

But this, too, left him unsatisfied. One winter day, feeling dejected, he wandered into the snow. He was weeping, he said, and asked for God to “send a bear to kill me and eat me up.”

It was at that moment that he “heard the voice of God for the very first time” — a transformative experience that led him to Jesus. “I got the revelation that Jesus was God,” he said.

He later received religious training from Guillermo Maldonado, a Miami pastor associated with the New Apostolic Reformation, a group that “proclaim themselves to be modern-day prophets and apostles,” according to the Christian Times.

“He has been accredited with several incredible prophecies,” his website reads, and “moves in the gifts of healing, miracles, deliverance, words of knowledge, teaching, and is also a skilled piano player and psalmist.”

Amedia, who leads religious tours to the Holy Land, often evokes his Jewish background — a point that is appealing to his followers.

The evangelical leader is not alone in evoking Jewish roots. Other figures, including other self-proclaimed Trump-supporting prophets, do the same.

For Amedia, Wallnau and others, Jewishness is evoked as a bloodline or genetic link to an ancient people.

Wallnau tells a dramatic story of how his own father revealed his Jewish identity to him. “For the rest of your life, you will have an instinctive rapport with Jewish people. It’s in your DNA,” his father said. “It’s in your bones. It is in your identity. You’ll know it because you will feel it.”