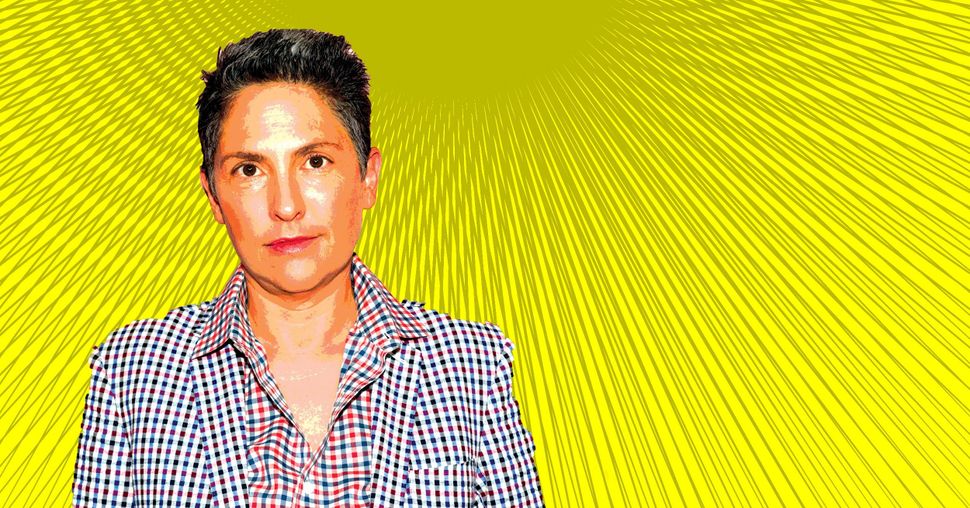 The TV Trailblazer Who Refuses To Conform

Jill Soloway writes, produces and directs not one but two television series, both critically successful and reflective of Soloway’s own queer, feminist ethos.

“Transparent,” the offbeat, profoundly Jewish Amazon series that made Soloway a multiple Emmy winner and a household name among television buffs, has recently been renewed for a fifth season. Critics have praised it for Soloway’s dynamic, multidimensional depiction of a family that must reckon with their father’s late-in-life gender transition — while navigating their own painful, funny and at times tragic lives.

Now 52, Soloway identifies as a gender nonconforming queer person who prefers to be referenced with the gender-neutral pronouns “they,” “them” and “their.” “Transparent” was inspired by Soloway’s experience of their own father’s transition, and since the show premiered in 2013, Soloway has undergone a shift in the way they thinks about their own gender.

More recently, Soloway adapted Chris Kraus’s cult-favorite novel “I Love Dick” into a television show, also for Amazon. The show is about a woman who comes to terms with her sexuality when she falls in love with and subsequently begins to stalk her husband’s co-worker. Like “Transparent,” the show subverts expectations of the modern woman to create a character that’s even more relatable.

Soloway’s work is indicative of a new media landscape that’s excited to embrace — and market — shows whose characters are queer, feminist, angry and unwilling to conform to their society’s definition of any of those words.