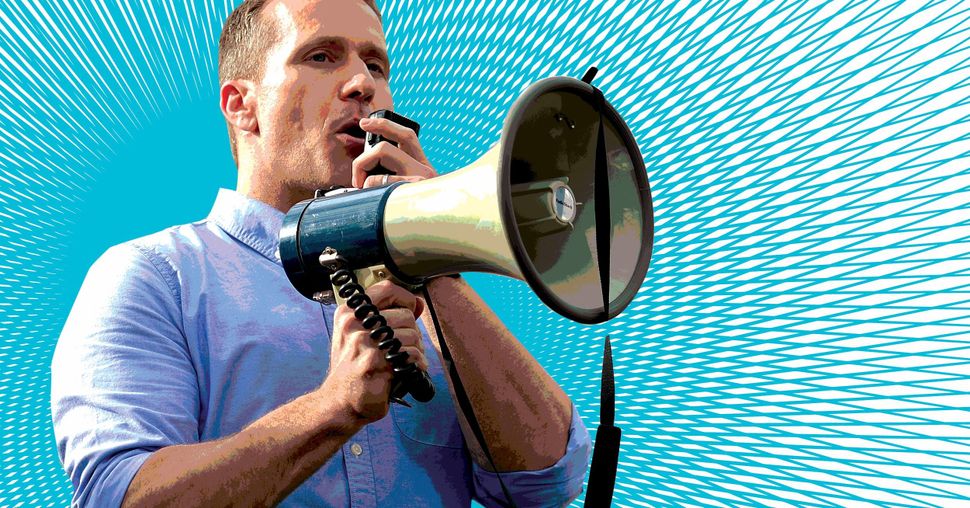 Breaking The Mold Of Jewish Politicians With A Superhero Warrior Résumé

The most noticeable Jewish Republican to emerge in 2016, Missouri Gov. Eric Greitens, is already being mentioned on lists of future national leaders.

Combining rugged good looks and a solid conservative agenda, Greitens — who started out as a Democrat — won his race comfortably despite having no previous political experience, becoming the Show-Me State’s first Jewish governor.

While religion rarely came up during the campaign, Greitens’s first major challenge as governor put his Jewish faith front and center. Anti-Semitic vandalism at a St. Louis Jewish cemetery brought Greitens, alongside Vice President Mike Pence, to the site, where he declared “I am Jewish” before rolling up his sleeves and joining the cleanup efforts.

Greitens, 43, holds a doctorate from Oxford. He was a Rhodes scholar and a Navy SEAL. He founded a not-for-profit organization and is an accomplished author whose writing traces his personal development while in combat situations, and who touches on the role of the Sabbath in modern life. His gubernatorial campaign grabbed headlines after one of his ads showed him firing an assault rifle.

But his main campaign promise — clean, transparent government run by an outsider not tarnished by politics — has proved hard to deliver. Uproar over Greitens’s refusal to disclose names of donors, and his reliance on “dark money” support groups, has put him on the defensive. And his strong push for anti-abortion measures has also angered moderates.

But make no mistake: Greitens is still a rising star in a party bereft of Jewish leadership.